The number of reports of sexual assault at the military service academies is on the rise. A report released by... 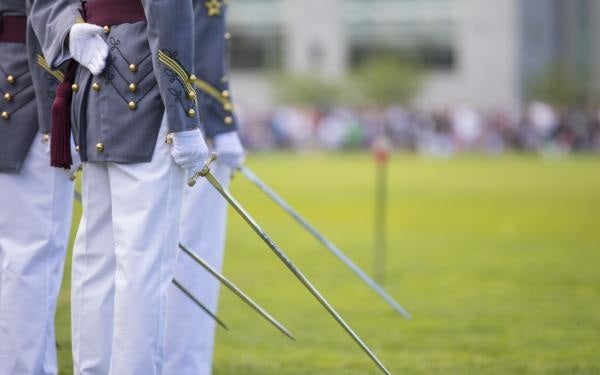 The number of reports of sexual assault at the military service academies is on the rise.

A report released by the Defense Department's Sexual Assault Prevention and Response Office on Thursday shows that there were 149 reports of sexual assaults in the 2018-2019 school year, up from 117 in 2017-2018.

The report breaks that number down as 122 reports directly from cadets or midshipmen; eight reports from civilians or active duty service members on their behalf; and 19 “other” reports — which Dr. Nate Galbreath, Acting Director of the DoD Sexual Assault Prevention and Response Program, said includes reports like those made about incidents that happened before the students' arrival to the academies, as well as reports from prep schools.

Photo: Annual Report on Sexual Harassment and Violence at the Military Service Academies

Among the information DoD highlighted from the focus groups were areas that needed improvement; one of those mentioned is the “stereotypical male culture” that pressures women to “fit in” with the “boy's club,” the report says. It also mentions the “glorified” view of alcohol at the academies, given cadets' “'limited' opportunities to drink.”

Half of the women at academies, and more than a third of men, said during focus groups that their peer leaders “do not enforce academy rules and desired values of leadership,” according to the report.

Galbreath said peer leaders need “better preparation,” and they haven't been “well-prepared yet” to handle sexual assaults. To help address those shortcomings, cadets and midshipmen will soon take a new survey as part of a pilot program from the academies, which focuses on their peer leaders. Those leaders will then see the results, and work with the academies to come up with solutions to address the problems brought to light in the survey.

“We think this has good potential to move the needle, to kind of demonstrate 'Hey, here's your responsibilities, this is what we expect you to do, and oh by the way, when you get into the active force, this is exactly what you're going to be doing,'” Galbreath explained.

The report released on Thursday was put together after focus groups of 292 cadets, midshipmen, faculty and staff — it is not the same as the bi-annual survey the academies do, which provides more scientific data on how many assaults occurred during the academic year. This report instead looks at actions and reporting, and culture of the academies, it does not ask students if they have experienced assault.

The new survey will be taken at the three academies in March and April this year, and released next year. Galbreath said Congress mandated they do different assessments of the academies every other year. Part of the reasoning, Galbreath said, is out of sensitivity for sexual assault victims.

“I think it's horrifically insensitive to ask a survey every single year about whether someone's experienced a sexual assault,” Galbreath said. “If you're a victim, and you have to do that — that's unconscionable, as far as I'm concerned. What we've tried to do is we varied, we do surveys every other year to kind of decrease that burden, be a little bit more sensitive to folks.”

The DoD's survey report that was released last year showed a 50% increase in sexual assault incidents from 2016 to 2018.

Sexual assault is clearly not an academy-specific problem; In May last year, a separate Pentagon report showed that the number of sexual assaults in the military was at a four-year high. And, to state the obvious, these incidents have lasting, real-world impact on victims; the Pentagon's Inspector General said in a report last year that sexual assault is more likely to result in post-traumatic stress disorder than going into combat.

But Galbreath said they need cadets and midshipmen to “get behind” the programs initiated by the Department, and to take care of each other.

“Until the person to the left of you and the person to the right of you is more accepting and more respectful, you're not going to do anything differently. You're still going to keep your head down,” Galbreath said. “And so if we can have these juniors and seniors and others in positions of leadership begin to say 'It's okay, and we support you, please come forward and we'll support you as you go through this,' then I think people will begin — will hear that message, and we might be able to see change.

“But we probably won't until that happens.”