Ecuador To Julian Assange: Clean Up After Your Damn Cat

The Ecuadorean embassy in London has sent Julian Assange a memo instructing him to clean his freaking bathroom and take... 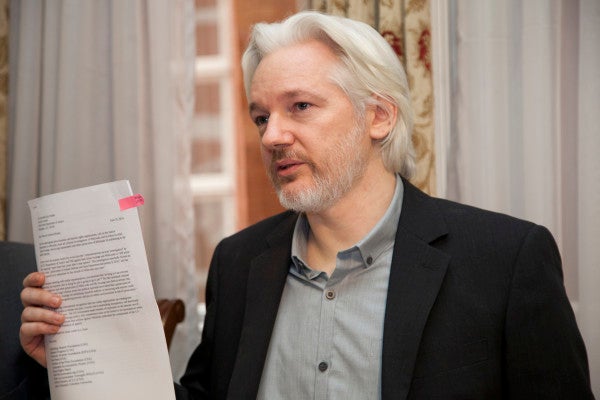 The Ecuadorean embassy in London has sent Julian Assange a memo instructing him to clean his freaking bathroom and take better care of his cat.

The nine-page memo, written in Spanish, instructed the Wikileaks founder to look after the “well-being, food, hygiene, and proper care” of the cat, or potentially face the pet being taken from him and placed in an animal shelter, The Guardian reported.

Assange, who was granted political asylum by Ecuador in August 2012 amid allegations of sexual assault in Sweden, has been holed up in the embassy ever since. Ecuador cut off his internet access in March 2018 after saying he had breached an agreement “to the government at the end of 2017 not to issue messages that might interfere with other states.”

Now, Ecuador has a few more rules to put in place besides their year-old edict of stop messing with other nations' business since you're making us look bad.

Assange's lawyer likened the guidelines to “a prison regime,” echoing Will Ferrell and John C. Reilly's similar declaration in the movie Step Brothers.