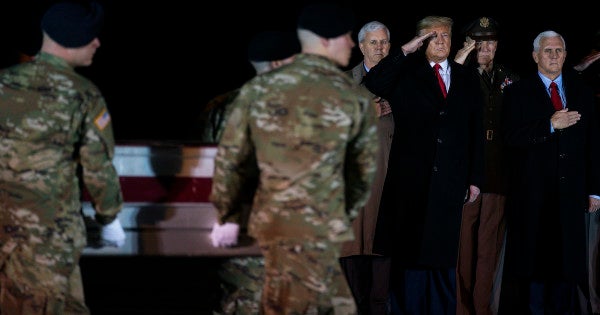 President Donald Trump and members of his administration traveled to Dover Air Force in Delaware on Monday evening for the dignified transfer of the remains of two Army Special Forces soldiers killed in an insider attack in Afghanistan on Saturday.