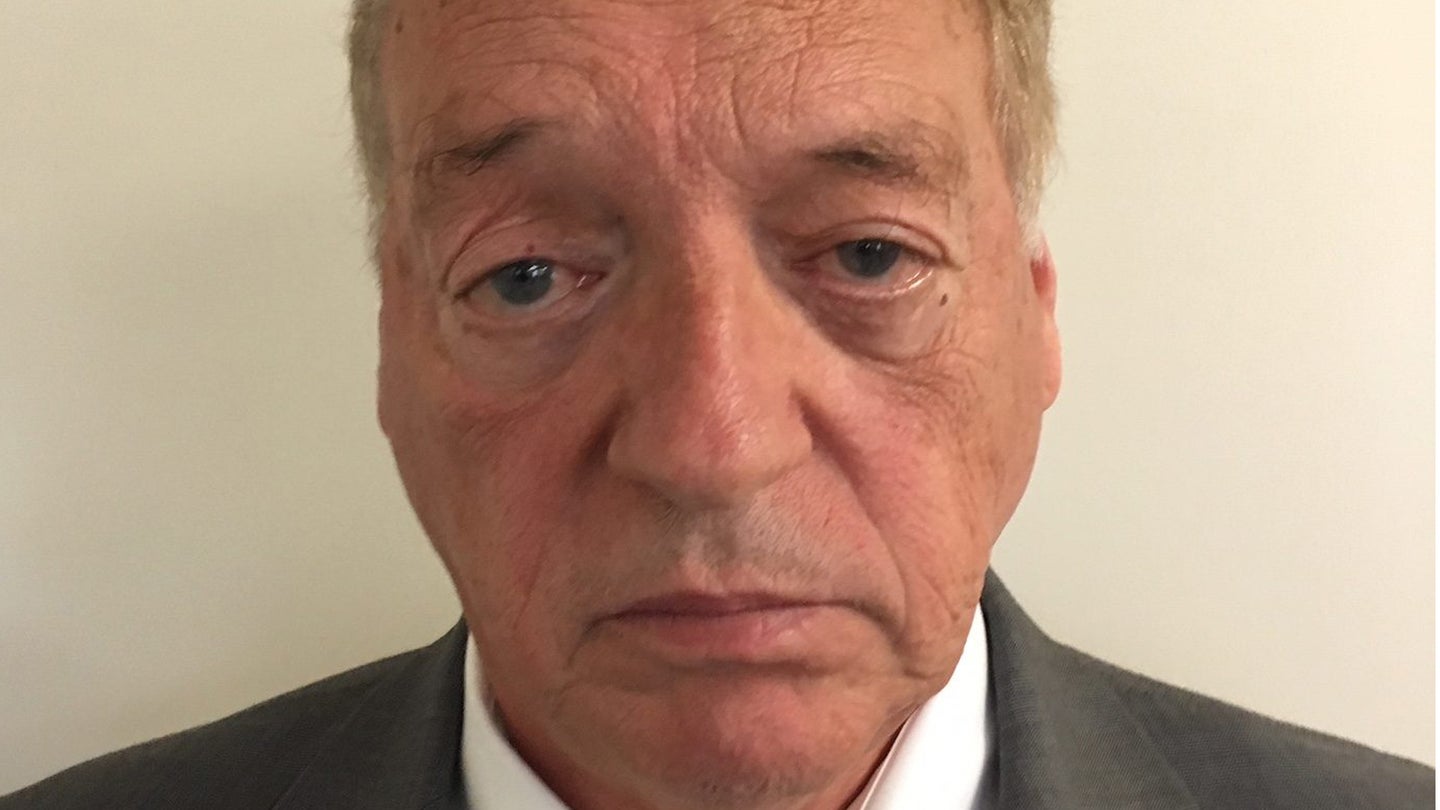 Frank Sullivan, 69, was sentenced to five years probation and given a $2,500 fine on Wednesday after telling a judge that post-traumatic stress developed over four combat tours “prompted him to turn to child pornography,” as Pennsylvania’s Patriot-News characterized it.

“I accept full responsibility for everything,” Sullivan said. “I don’t know how much time I have left on this planet. But in the name of the Lord, I’m going to make it up … to those I’ve hurt.”

Sullivan, who will have to register as a sex offender for the next 15 years, was given the light punishment more than a year after he was arrested and charged with having photos of girls as young as four-years-old on computers inside his Pennsylvania home. Investigators found more than 50 photos and videos with disturbing filenames they dubbed “investigative files of interest” that were being shared online from the residence, according to charging documents. A forensic analysis of the computer in Sullivan’s bedroom uncovered hundreds of searches for “preteen” images.

“General Sullivan’s alleged actions disgrace his work and besmirch the Pennsylvania National Guard, an organization that has bravely and dutifully come to the aid of Pennsylvanians whenever they have been called,” Pennsylvania Attorney General Josh Shapiro said in November.

The judge, Edward E. Guido, offered the retired one-star general leniency in part because of his “distinguished” career in the Air National Guard, where he served as an engineering officer and commanded various support units. Sullivan retired as the director of Pennsylvania’s Joint Staff. While there is no mention of combat during Sullivan’s deployments to Iraq and Afghanistan in his official military biography, a recent Department of Veterans Affairs study found that there are “no significant ties between combat exposure” and crime.

Sullivan is not the first veteran to claim post-traumatic stress as a reason for downloading such images. A Navy lieutenant commander claimed his “obsession” with child pornography stemmed from PTSD developed in military training. He was sentenced in 2009 to more than three years in prison. And the so-called “PTSD made me do it” defense was used by veterans more than once in 2017. More recently in 2020, a court gave an Army medic a single day in prison after he claimed his Iraq service spurred him to download thousands of images and hundreds of videos depicting the sexual abuse of pre-pubescent girls.

Yet the vast majority of an estimated 300,000 veterans who have reported PTSD from serving in Iraq in Afghanistan don’t turn to crime. And a disorder that can just as easily develop from the trauma of a roadside bombing in Baghdad as from a car crash in Minnesota affects far more people than military service members, according to the National Center for PTSD, which estimates that roughly 8 million adults will have PTSD in a given year and does not list child pornography among its related problems. The most common symptoms of PTSD include reliving traumatic events, trying to avoid “triggering” situations, and “being keyed up” and on the lookout for danger.

Meanwhile, about one-third of respondents to one survey of victims of child pornography rated their images being shared online as “the most difficult aspect” of what happened to them and cited anxiety and fear over who might see the photos in the future. About half said they feared being photographed and worried that images of their abuse would be used to harm other children.

“Many victims say that having the digital images of them being raped, traded on the Internet is far worse than the hands-on sex abuse because the images are everywhere and the victims have no control,” law professor Warren Binford said in 2015, explaining research showing that viewing child pornography is far from a “victimless crime,” since many victims suffer from lifelong anxiety, paranoia, disassociation, and depression over the thought that anyone they meet may have seen their images of abuse.

“It will never end for them,” Binford said.