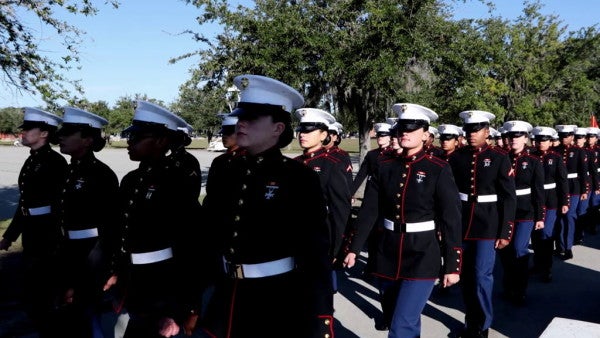 In another crushing blow to the patriarchy, female sailors have finally received the green light to free their feet from the man-made shackles that are high heels and don flats with their service and dress uniforms.

Previously, the only two options for female sailors were dress pumps or Oxford-style “service shoes.”

The change came about “as a result of fleet feedback,” Moore said. Translation: female sailors put their (possibly sore) feet down.

Did the question of the flats' lethality come up in this discussion? I don't know, but this is the Pentagon we're talking about — I imagine lethality is considered in almost every decision (though as I told my Task & Purpose colleagues, I have several pairs of heels that I would consider quite lethal).

So, ladies, rejoice — you can still wear pumps if you want(though remember, no higher than 2-5/8 inches and no lower than 5/8 inches), but now you have the option of something a little more comfortable to, you know, kick ass in.

SEE NEXT: The Royal Air Force Gives A Middle Finger To Female Stereotypes In Its New Recruiting Commercial