No, the Pentagon is not defying the Supreme Court’s ruling on abortion

A number of viral social media posts inaccurately claimed that the Pentagon had defied the Supreme Court's decision to overturn Roe v. Wade. 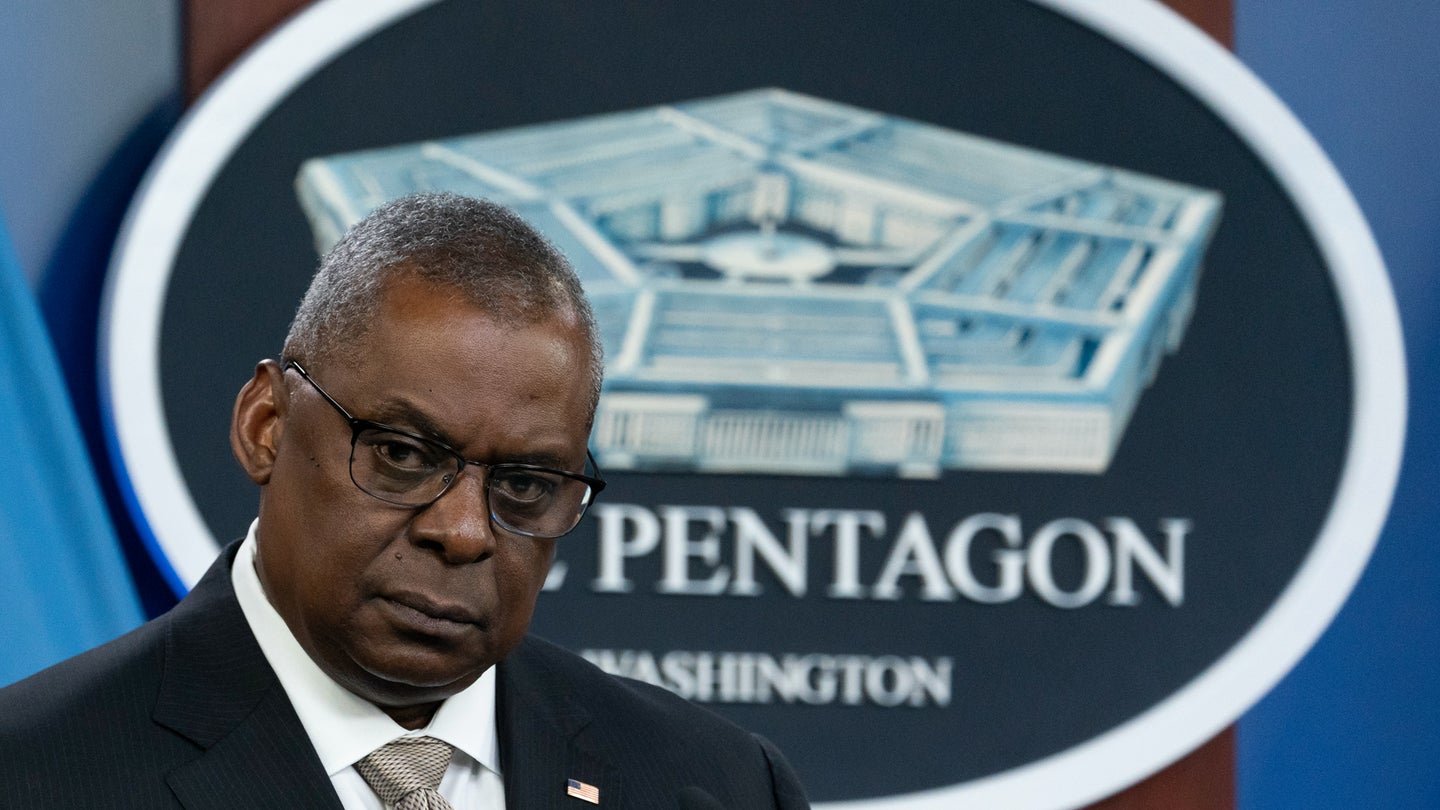 Secretary of Defense Lloyd Austin listens to a question while speaking with reporters after a virtual meeting of the Ukraine Defense Contact Group at the Pentagon, Monday, May 23, 2022. (Alex Brandon/AP).
SHARE

Despite viral tweets claiming otherwise, the Pentagon is not defying the Supreme Court’s decision to overturn Roe v. Wade, a landmark 1973 decision that established a constitutional right to abortion.

In the wake of the Supreme Court’s overturning of Roe v Wade on Friday, Defense Secretary Lloyd Austin said he was “committed to taking care of our people,” and that the Pentagon is “examining this decision closely and evaluating our policies to ensure we continue to provide seamless access to reproductive health care as permitted by federal law.”

But over the weekend, viral tweets inaccurately claimed that Austin and the Pentagon were defying the Supreme Court’s ruling.

Those claims are, of course, not true. But it didn’t stop the tens of thousands of retweets and likes from pouring in, including combative responses from lawmakers like Rep. Marjorie Taylor Greene (R-Ga.), who further amplified the misinformation.

“When the leadership of the Department of Defense wages an insurrection against the Supreme Court, they must be removed,” Greene tweeted on Sunday morning.

It’s unclear what kind of impact the Supreme Court’s decision will have on the military, which has long had few options for servicewomen when it comes to abortion access.

“This doesn’t have anything to do with Roe v Wade,” said retired Air Force Lt. Col. Rachel VanLandingham, a former Air Force judge advocate and professor at Southwestern Law School, told Task & Purpose on Monday. “Women in the military have been grappling with denials of access to reproductive care for decades now.”

The military does not provide abortions except in cases of rape or incest, or when the mother’s life is in danger. Typically if a woman in the military was seeking an abortion of a pregnancy that did not fall into those categories, she had to use her own money and go off-post to a civilian provider. That was also the case for anyone stationed overseas in a country that did not offer abortions. In that instance, VanLandingham said, a woman would have to request leave and fly back to either a nearby European country where she could get help, or back to the U.S.

And because of the Hyde Amendment, which restricts the use of federal funds for most abortions, the service member would be responsible for footing the bill.

Now, with the recent Supreme Court decision, that will also apply to women in the U.S. who are stationed in states with restrictive abortion access, which includes many of the military’s largest installations.

Texas, which houses over a dozen military installations including Fort Hood, Fort Bliss, and Joint Base San Antonio, as well as thousands more National Guard soldiers, will soon ban abortion, including in cases of rape or incest. Other states including Louisiana, Oklahoma, Arkansas, Kentucky, Tennessee, Alabama, Florida, and Missouri — all of whom are home to military installations — will also not allow abortions in cases of rape or incest.

“It’s been difficult,” VanLandingham said. “Especially for women that are in states where it’s already restrictive. But it was most severely felt by those stationed overseas. Now it’s just getting more attention because those overseas predicaments are going to be felt here, state-side. … They might as well be stationed in Djibouti if they’re stationed in Texas.”

Despite the inaccurate tweets claiming the Pentagon was refusing to comply with the Supreme Court’s ruling, military leaders have yet to provide any kind of plan for service members stationed in those states. Two defense officials told Politico that Austin’s office was “taking the lead on formulating any new policies,” but details remain scant.

Ultimately there is little the Pentagon will be able to do aside from standardizing its leave policy, said Lory Manning, the director of government affairs for the Service Women’s Action Network (SWAN). Manning and VanLandingham mentioned policies in the Army and Air Force that do not require service members to specify why they’re asking for leave aside from a medical procedure, but they both mentioned that more should be done Pentagon-wide.

“What the Department can do, what the executive branch can do, is make regulations that govern leave and ensure that anyone taking leave for an abortion can easily and quickly get it, and without having the privacy concerns and fear of retaliation,” VanLandingham said. Manning also mentioned the question about how it would work if a spouse or parents wants to accompany a child or spouse to get an abortion, and how that would work in the realm of military leave.

Ultimately, what the Pentagon can or cannot do comes down to laws enacted by Congress. As Austin said in his statement, the department will provide care “as permitted by federal law.” Currently, federal law has left women in the military with few options, which will dwindle further with more restrictive state laws being introduced.

“Congress has to do something, but Congress doesn’t have the votes. That’s the problem … Congress has a responsibility to regulate the military, a constitutional responsibility, and they should do it,” VanLandingham said. “But outside of that, I’m hard-pressed to figure out how the Department of Defense could do anything else to get around this.”