Here’s What It’s Like To Be A Marine Stationed In Okinawa, Japan 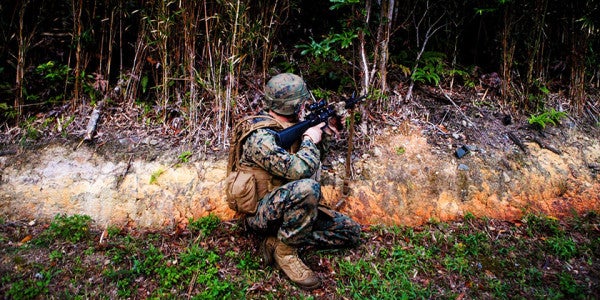 A recent video posted to the official Facebook page of III Marine Expeditionary Force highlights six things you probably didn’t know about Okinawa, Japan, a small picturesque island in the Pacific that many Marines call home.

The island of Okinawa is home to the world’s longest living people, with an average of 34 out of 100,000 having lived through a century. According to the video the Marine Corps travels to Mainland Japan and the Republic of Korea for Artillery training, out of respect for Okinawans’ peaceful culture.

The United States military established key bases on the island of Okinawa in the wake of World War II and they have remained active and in use as a means to project American military power and provide support to allies in the region.

Due to its proximity to key cities in the region such as Hong Kong, China; and Pyongyang, North Korea; the Department of Defense refers to the island as “the keystone of the Pacific.”