That's certainly a way to do it. 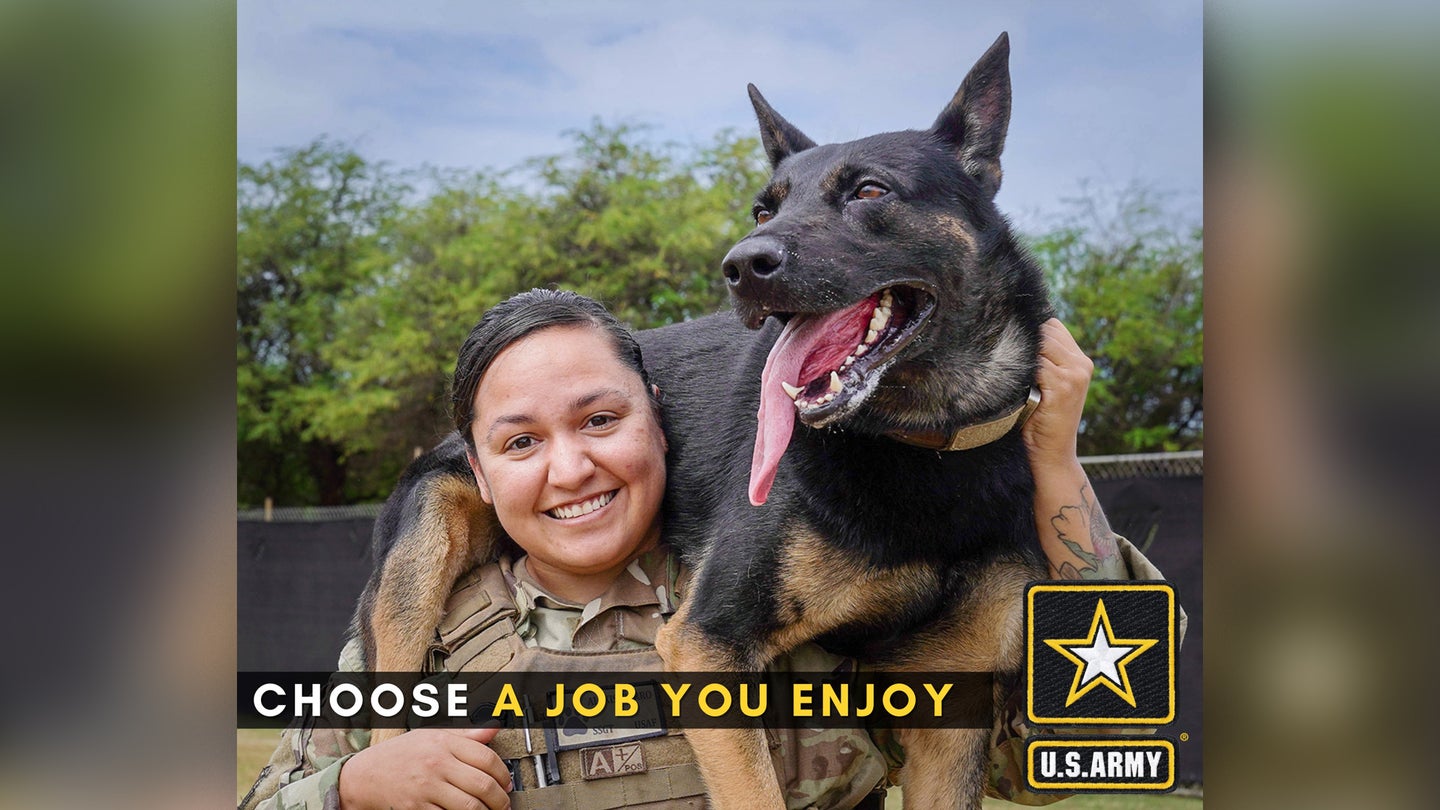 Dress for the job you want, presumably?

A recent Army recruiting poster appeared to show an image that should intrigue anyone interested in enlisting. An excited, alert, military working dog, tongue lolling out of its mouth, perched atop its smiling handler. Beneath it, a caption reading  “choose a job you enjoy.”

There was just one catch. That dog? Not in the Army. A closer look at the dog’s handler revealed Air Force insignia.

The image was taken at Joint Base Pearl Harbor-Hickam in Hawaii on May 7, 2021. It showed Batman, a patrol explosive detection dog, and Staff Sgt. Alexis Fierro of the 647th Security Forces Squadron. The two were at an obedience course.

While Batman appears to be a capable and handsome dog, there is no job in the U.S. Army that involves working with canines from the U.S. Air Force.

When it comes to promoting the military on social media, mishaps abound. Last year, the Naval Criminal Investigative Service commemorated the branch’s 246th year of service with a photo composite showing an American flag billowing next to a Russian Kirov-class battlecruiser. The Army Reserve once produced a recruiting poster with the caption, “Sometimes the best soldier for the job is a Marine.” As for the time some particularly horny individual got access to Fort Bragg’s Twitter account or the Tripler Army Medical Center apparently stole $400 from a single parent and absconded to the United Kingdom, the less said the better.

Joint Base Pearl Harbor-Hickam was unable to comment on Batman’s current location or duty status.