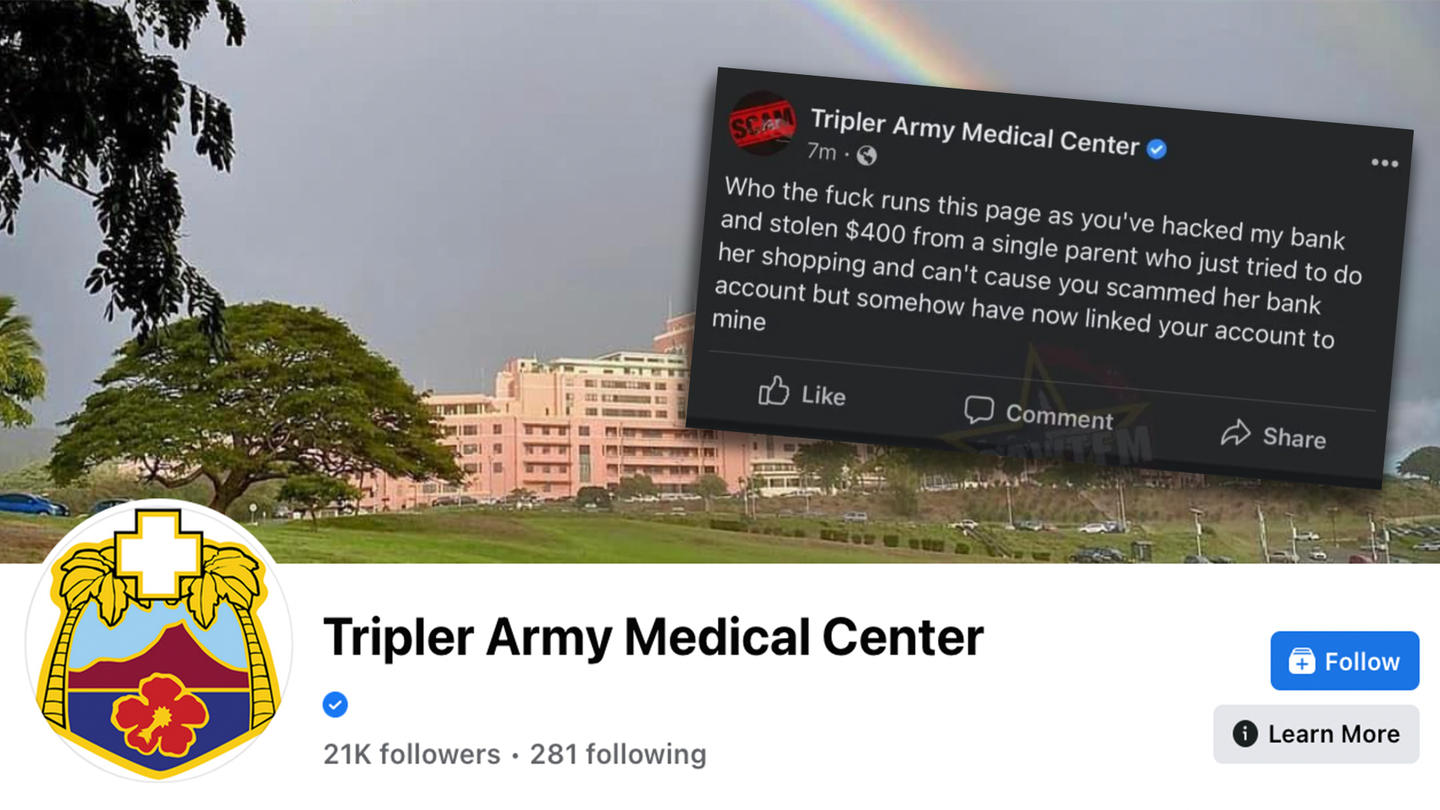 It’s generally good advice to keep your drama off the timeline. Sometimes, though, it comes for you and there’s nothing you can do about it, as Tripler Army Medical Center in Hawaii can attest to.

“Who the fuck runs this page as you’ve hacked my bank and stolen $400 from a single parent who just tried to do her shopping and can’t cause you scammed her bank account but somehow have now linked your account to mine,” read a message posted to the official Facebook page of the Tripler Army Medical Center, a hospital supporting 264,000 active personnel, dependents and veterans from around the Pacific Rim.

Seventeen minutes earlier, the hospital’s location was updated to London, more than 7,000 miles from Tripler’s actual location on the island of Oahu. The Facebook page’s banner also noted the supposed grift that had been committed, reading “SCAM.”

Who was stolen from, how they were given access as an administrator to the Tripler Facebook page, what continent they are currently on, and whether or not they have recovered their $400 remains unclear.

“My face’s, then my boner’s and then my face’s again before I come up to give you a deep long kiss,” read one Tweet from Fort Bragg to an unfortunate OnlyFans account in a message this organization will not attempt to interpret further.

Though it seems harmless, military families in Hawaii have also come to rely on social media as a source of information about their living conditions. Recently, it was to share stories of a water contamination emergency affecting thousands of families at Joint Base Pearl Harbor-Hickam. There, a fuel leak left residents sick and reporting oily, contaminated water in base residences.

Although the posts have since been deleted and Tripler has regained control of the Facebook page, let’s hope that someone in Hawaii has that person’s money.