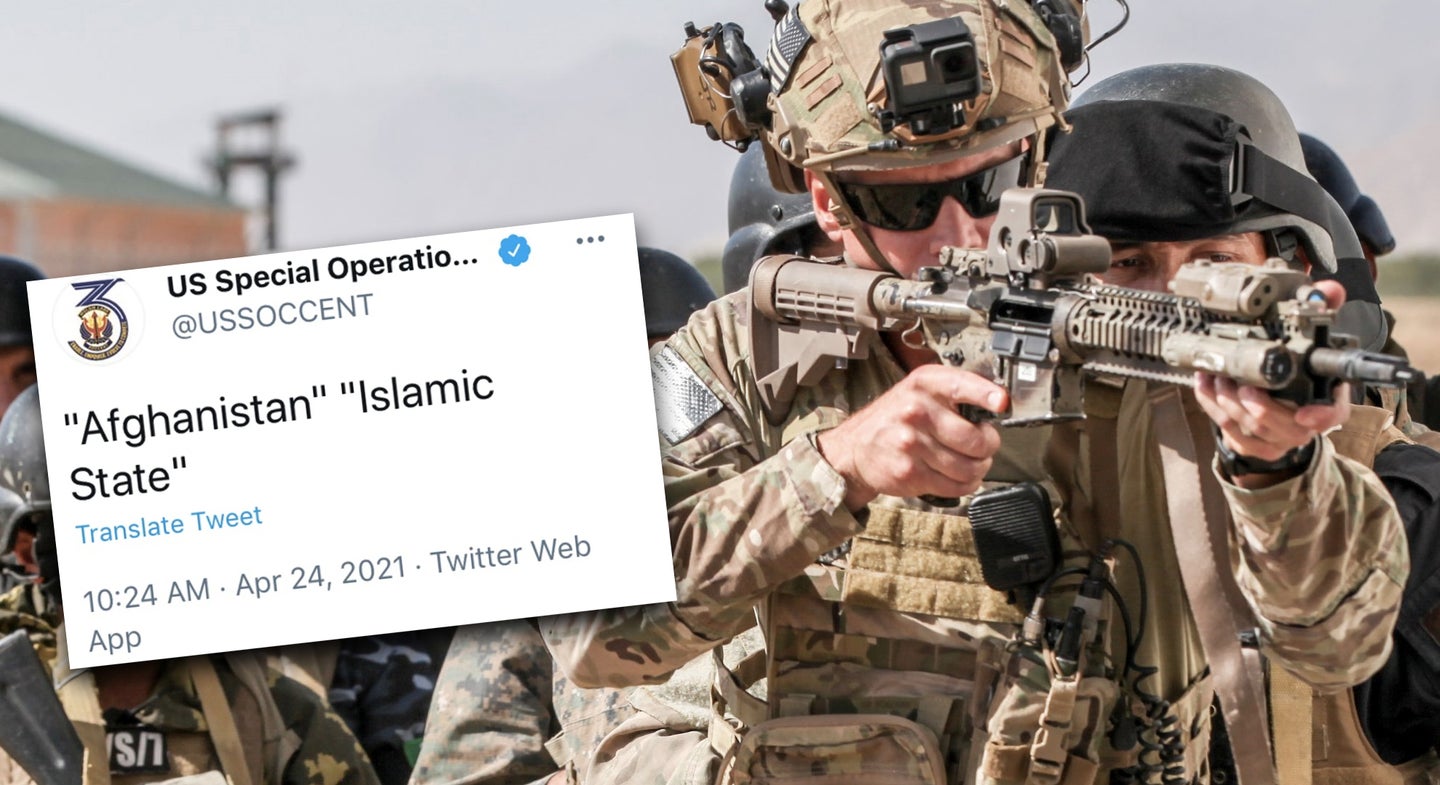 A spokesman for U.S. special operations forces in the Middle East and southwest Asia has acknowledged that the command’s official Twitter account was not hacked when it sent a bizarre message on Saturday.

“After review, it was determined our Twitter account was not hacked and a social media administrator inadvertently tweeted the words while conducting a search for current topical events,” Army Maj. Tony Hoefler said in a statement on Monday. “We are reviewing our internal processes to refine our social media practices. No security breach took place and we apologize for any confusion this may have caused.”

The original tweet, which has since been deleted, was posted at 10:24 a.m. on Saturday. There was no explanation of what the tweet meant to convey and it was later deleted. It does not appear that any other strange tweets came from that account that day.

Nearly 10 hours after that initial tweet, U.S. Special Operations Command Central sent a new message: “In the past 12 hours someone hacked our unit’s official account and tweeted a misleading message. We apologize for any confusion or insensitive content.”

If this all sounds familiar, that’s because in October an Army spokesman had to walk back his claim that Fort Bragg’s official Twitter account had been hacked after it sent out sexually explicit messages in response to an adult-content creator from OnlyFans, a platform that allows subscribers to pay for graphic pictures and videos.

Upon further investigation it was determined that an administrator had actually sent the tweets, Army Col. Joe Buccino, the spokesman for 18th Airborne Corps, said at the time.

“If someone hacked your account why on Earth would they waste it on ‘Afghanistan’ ‘Islamic State,’” asked one soldier, who tweets pseudonymously as ‘Lethality Jane’.

Another person responded to U.S. Special Operations Command Central’s claim that it had been hacked with a GIF of “Dr. Evil” saying “Sure.”

Last month, the military command in charge of all U.S. nuclear weapons also sent a strange tweet from its official account, “;l;;gmlxzssaw” – but it immediately explained that nothing sinister had happened.

U.S. Strategic Command responded to freelance journalist Mikael Thalen’s Freedom of Information Act request about the tweet just over four hours after he submitted it.

“Turns out their Twitter manager left his computer unattended, resulting in his ‘very young child’ commandeering the keyboard,” Thalen tweeted on March 29.