I tend to use a pretty light hand when it comes to critiquing upcoming movies based on a trailer alone. But after watching the teaser for Semper Fi, an upcoming prison break movie starring a whose-who of A-list actor look alikes who decide to break their Marine buddy's kid brother out of the big house, I can't fucking help myself 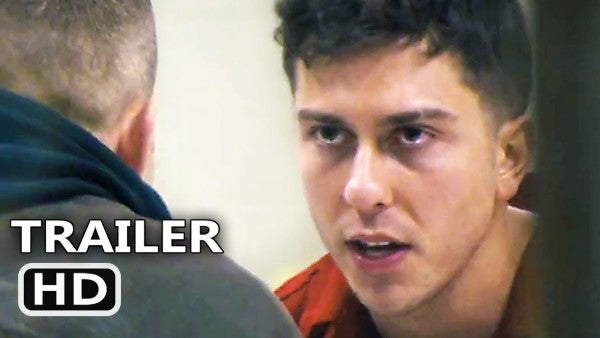 I tend to have a light touch when critiquing new movies based on a trailer alone. But after watching the teaser for Semper Fi, an upcoming prison break movie starring a whose-who of A-list actor lookalikes who decide to break their Marine buddy's kid brother out of the big house, I can't fucking help myself.

Directed by Henry Alex Rubin, Semper Fi stars Jai Courtney as Callahan, a Marine reservist and police officer in Pennsylvania whose half-brother Oyster (played by Nat Wolff) accidentally kills a guy in a drunken bar fight and tries to flee the scene, only to be arrested by his own brother and, eventually, sentenced to 25 years in prison.

Stuck behind bars, Oyster has only one chance for freedom: A bunch of Marines fresh off a deployment to Iraq decide to bust him out. 'Rah.

It's like he's screaming: YOU'RE NOT MY DA- DIRECTOR!(Prison Break/IMDB)

So Callahan and his Marine buddies — a gaggle of certified geniuses named Snowball (Arturo Castro), Milk (Beau Knapp) and Jaeger (Finn Wittrock), who uses the surefire method of “hey, I'm a Marine” to try to get laid before shipping out to Iraq in the trailer — hatch a daring plan to bust Oyster out of prison.

What is that plan, you may ask? Well, actually, I don't know, because it's around this point in the 2-minute trailer that I simply stopped watching. I made it through on the second go-around, but I still have no idea how they intend to pull off the jailbreak.

At one point, one of the Marines shoots a lock on a fence outside the prison with a sniper rifle from a foot away, with no explanation offered on what he's doing and why; another devil dog-turned-criminal mastermind watches a prison bus through a rifle scope. We catch a glimpse of some car chases, and there's lots of yelling, moral conflict, and some poorly sung cadences. The trailer is clearly designed to tell viewers that, yes, these are Marines, in case the title wasn't clear — and everything else is irrelevant.

This first glimpse of Semper Fi makes me think they wanted to make The Town, in terms of style and tone, and borrowed some (or all) major plot points from Fox's Prison Break. Hell, the filmmakers even went so far as to get Ben and Casey Affleck lookalikes for the leading roles.

But while every aching fiber of this trailer wants you to believe the characters are more than MARPAT uniforms with a pulse and strong jaw lines, I'm just not buying it. It's like a bunch of movie execs said to each other “Well, this has been done before. How do we make it different? I've got it! Let's stamp an EGA on this baby and toss in a bunch of random mil-shit that's based on stuff we've seen from movies, that based it off stuff they saw from other movies.”

Actually, it reminds me a lot of CBS' ill-fated JAG knockoff, The Code.Spoiler: That didn't end well.