That's right, Superman is trading in his red cape, blue tights, and red silk underpants for a high and tight, a skivvy shirt and, well, he's still rocking silkies. 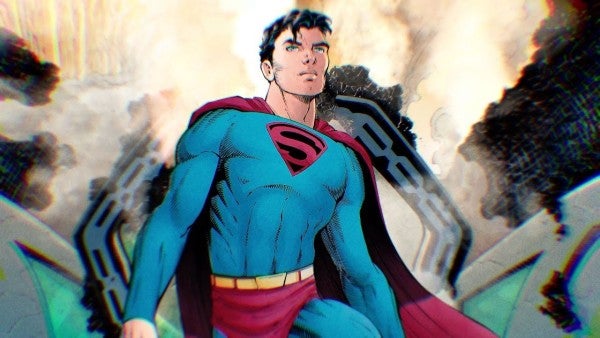 “His father tells him if you're going to protect the world, you need to get to know it,” renowned comic-book writer Frank Miller, who wrote Superman: Year One,told Military Times. “It seemed natural, a kid from Kansas who joins the military. It's fun, seeing him lifting weights in boot camp that feel like air to him.”

“Superman: Year One” hits the shelves on June 18.DC Comics

“[Frank Miller] brought in Clark going into the Navy, and I was able to run with that as Clark goes to the SEALs,” Romita Jr. said in the interview. “Frank even contacted the SEALs to take a look at this and they gave us their approval, which was so great. And it all makes perfect sense for Clark. He's living in the Midwest, but he's from a planet that has oceans. So, at one point he thinks, 'I need to be near water!' So, joining the Navy is a very normal progression. He goes to his parents for advice, and then a short time later, he's joining the Navy.”

The three-volume series runs nearly 200 pages in length and will re-imagine Clark Kent's backstory, from orphaned Kryptonian boy growing up in Kansas, to his angst-filled teenage years and misadventures in love, to his decision to do what so many young men and women have done before, and say: “screw the farm/college/my minimum wage job making deep fried twinkies at the boardwalk, I'm enlisting!” (Okay, full disclosure, that last one was me.)

This version of Clark Kent also has a vastly different personality. As Froeba writes for Military Times: “This Kent wants to kick ass and take names. He is frustrated and wants others to acknowledge his superior abilities and strengths. He is also not above exposing his powers to win the favors of several love interests.”