5 Reasons Texas Is A Great Place For Young Veterans

When you separate from the military and are looking to move to a new state, you should consider putting Texas... 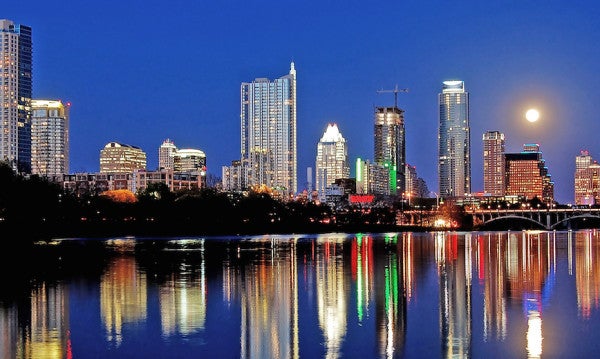 When you separate from the military and are looking to move to a new state, you should consider putting Texas on your short list of places to live. Whether you want to start a business or find a second career, Texas has something for everyone. In fact, it’s been ranked number one in the nation in terms of economic climate and the sixth best state for business. And, as of 2015, the annual median household income across the state is $53,254.

If any of that piques your interest, here are five key things you should know about the Texas job market.

Six Texas cities are ranked in the top 25 in the country for jobs.

According to a 2016 WalletHub survey, Plano, Austin, Irving, Amarillo, Dallas, and Houston are among the best cities in the country find jobs. Each of these cities is diverse in terms of job offerings, whether you’re looking to work in the tourist industry, start a business, or work for the government.

These are the top five growing industries in the state.

Texas has become a job growth hub, leading the nation in job creation. But there are five industries that have seen exponential and will continue to see a great deal of job growth over the next several years: leisure and hospitality, education and health services, financial activities, trade, and government.

The state has very low taxes.

Texas has the nation’s fourth-lowest tax burden per capita. Low taxes means better business incentives. If you’re a veteran looking to start a small business, low taxes and light regulation will allow you to thrive in the marketplace.

118 of the nation’s biggest companies reside in Texas.

There are 121 of the 1,000 largest public and private companies in the U.S. based in Texas. The state is home giants like AT&T;, ExxonMobil, and Dell, according to Forbes. So if you are interested in working for some of the biggest companies in the country, Texas is where you want to be.

It sounds cliché but Texas is, and always has been, an oil hub. The $80-a-barrel oil prices have caused investors to put money into Texas both financially and in regards to human capital, according to Forbes. This means more jobs.