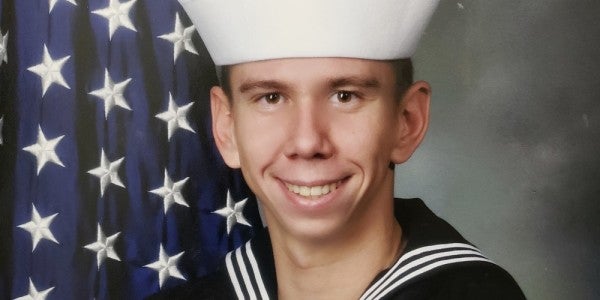 The Navy was forcing Caserta to spend another year in a rating he hated under a toxic supervisor, who constantly bullied him and insulted him for not completing SEAL training because he broke his leg during Basic Underwater Demolition School, Patricia Kime of Military.com first reported.

On June 25, 2018, Brandon Caserta left notes for his family and friends and then threw himself into a helicopter’s spinning tail rotor. He was one of 68 active-duty sailors and 11 reservists who died by suicide that year – a new record high.

Now two years after Brandon Caserta’s death, Rep. Seth Moulton (D-Mass.), a Marine veteran, has introduced the “Brandon Act,” a piece of legislation that is meant to make sure that other service members finding themselves trapped in abusive commands can get lifesaving assistance.

Introduced on Thursday, the legislation would allow service members to receive a confidential mental health evaluation that would not require their commands to be notified, similar to the restricted reporting procedures for sexual assault victims.

“Brandon tragically lost his life because he wasn’t able to get support for his mental health — something we should provide every American, especially every American hero in uniform,” Moulton told Task & Purpose in a statement.

“This bill will ensure our service members can get help and have no fear of retaliation for doing so, as it’s the right thing to do. Although we’ll never get Brandon back, his legacy will be the lives of many more great Americans he saves through this bill, and I’m proud of his parents who have fought so hard to tell his story and make this change.”

By saying a phrase, such as “Brandon Act,” troops would be able to self-report that they need immediate help.

While the Brandon Act is a good start, the military has a long way to go to make sure that toxic leaders are held accountable, said Caserta’s father Patrick, a retired Navy senior chief.

Patrick Caserta is livid that the Navy has failed to punish anyone for the abuses and bullying that his son endured.

Afterward, his son’s chain of command gave investigators statements that were contradicted by his son’s texts and final letter to his family, Patrick Caserta said.

For two years, Patrick Caserta offered his son advice about how to deal with the constant difficulties he was encountering from his command.

“He told me that: All this will go away if our son goes to medical and tells them that he is claustrophobic,” Patrick Caserta recalled. “I’m like: He’s not claustrophobic. He’s not going to go into medical. He’s had four physicals this year. There’s nothing wrong with him. He doesn’t want to drive.”

The two were still on the phone just as Brandon Caserta was standing in front of the helicopter.

“Next thing I know, there’s some ruckus in the background,” Patrick Caserta said. “I have bad hearing. He said, ‘Say that again.’ And the person said it again, whatever they said. And he said: ‘I gotta go,’ and he left. Next thing I know, six hours later, I’ve got two uniformed people ringing our doorbell telling us our son is dead.”