Many authors have argued on the pages of Task and Purpose that good planning is the key to financial and... 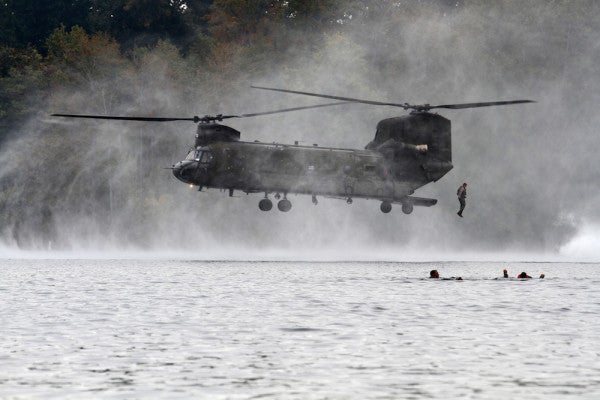 Many authors have argued on the pages of Task and Purpose that good planning is the key to financial and professional success for anyone preparing to leave the military. Those arguments are clear and can be explained in terms of dollars in wages lost due to long job searches and the lifetime earning-power drop caused by years of professional stagnation. However, there is another critical reason for veterans to plan carefully for their first few years outside of the military: The cumulative psychological impact caused by long-term stress during a brutal job search or a difficult first year at university.

We now recognize the flaws in older studies that suggested that approximately 30% of Vietnam veterans suffered from post-traumatic stress after the war. Newer research indicates that a more accurate PTSD rate among combat veterans might be closer to 5-10%. What is less widely understood is that over a period of months, a high level of chronic stress can lead to depression, anxiety, high blood pressure, memory problems, weight gain, and other serious side effects. These symptoms don’t even require a major psychological trauma in order to manifest, but can be triggered by something as commonplace as an extended period of worry and uncertainty from a bitter, fruitless job hunt or a period of unexpectedly prolonged isolation and loneliness at a new school.

It’s important for transitioning service members and veterans to know that some degree of stress is perfectly normal during this major life transition out of the military. Many veterans have already experienced something like this as we’ve returned from a deployment and had to deal with symptoms like increased anxiety in crowded public places or a fear of driving over trash, under bridges, or any other place that might have hidden an IED in a combat zone. In reality, these reactions are adaptive responses to serious threats, and normally subside as a newly returned service member acclimates to the safer environment.

But perhaps the most important psychological tool at service members’ disposal as they reintegrate into the wider civilian world is an idea that comes from years of research into treatment of PTSD: Generally speaking, we are not prisoners of a hard-wired reaction to our own memories. Our attitudes and responses to our own negative experiences are hugely powerful. Memories are not authoritative; they change with time and retelling. Instead, with some exceptions, we can often shape our reactions to even our worst memories of truly horrible things that occurred in combat. Of course, as empowering as that may be, this is no cause to dismiss the health risks posed by prolonged exposure to stress that is not traumatic in origin once we leave the military.

Service members getting ready to hang up their uniform should spend some time thinking carefully about long-term personal and professional goals. This allows you to identify the key gatekeepers that you must pass on your chosen career path, such as special certifications or educational requirements. But this kind of in-depth examination also helps to identify the upcoming gaps in a service member’s social and professional network. Finding out the contact information for a veterans group on campus at a university can be a hugely important first step in cementing a strong support system in the years to come. In my case, if I had known that I should search for such a group at Princeton, I would have realized that there would be less than 10 veterans and no active veterans’ organizations on campus when I arrived. I have only rarely felt as alienated as I did in my time as a student there, and it would have been helpful to prepare myself for that in advance.

Finally, veterans must remember that no matter what happens as you transition, and no matter how isolated you feel, you are never truly alone. There are hundreds of thousands of us around the country, and dozens of organizations are prepared to help veterans land that next big interview or tighten up a resume for a career fair. It’s never too late to start planning for a big career shift, or finding a group of veterans in a company or university.

Stress itself is nothing to fear, but chronic stress can be a killer. The end of a veteran’s time in service is guaranteed to be difficult and fraught with mixed emotions. This high level of stress means that it can be relatively easy for one or more of the consequences of a poorly planned transition to raise a new veteran’s stress to a dangerous level. Be smart and start planning for your exit from the military well in advance. Trust me, you’ll breathe easier if you do.