Senate to Air Force: You’re gonna keep your A-10 Warthogs and you’re gonna like it

Not even the Air Force can kill the A-10 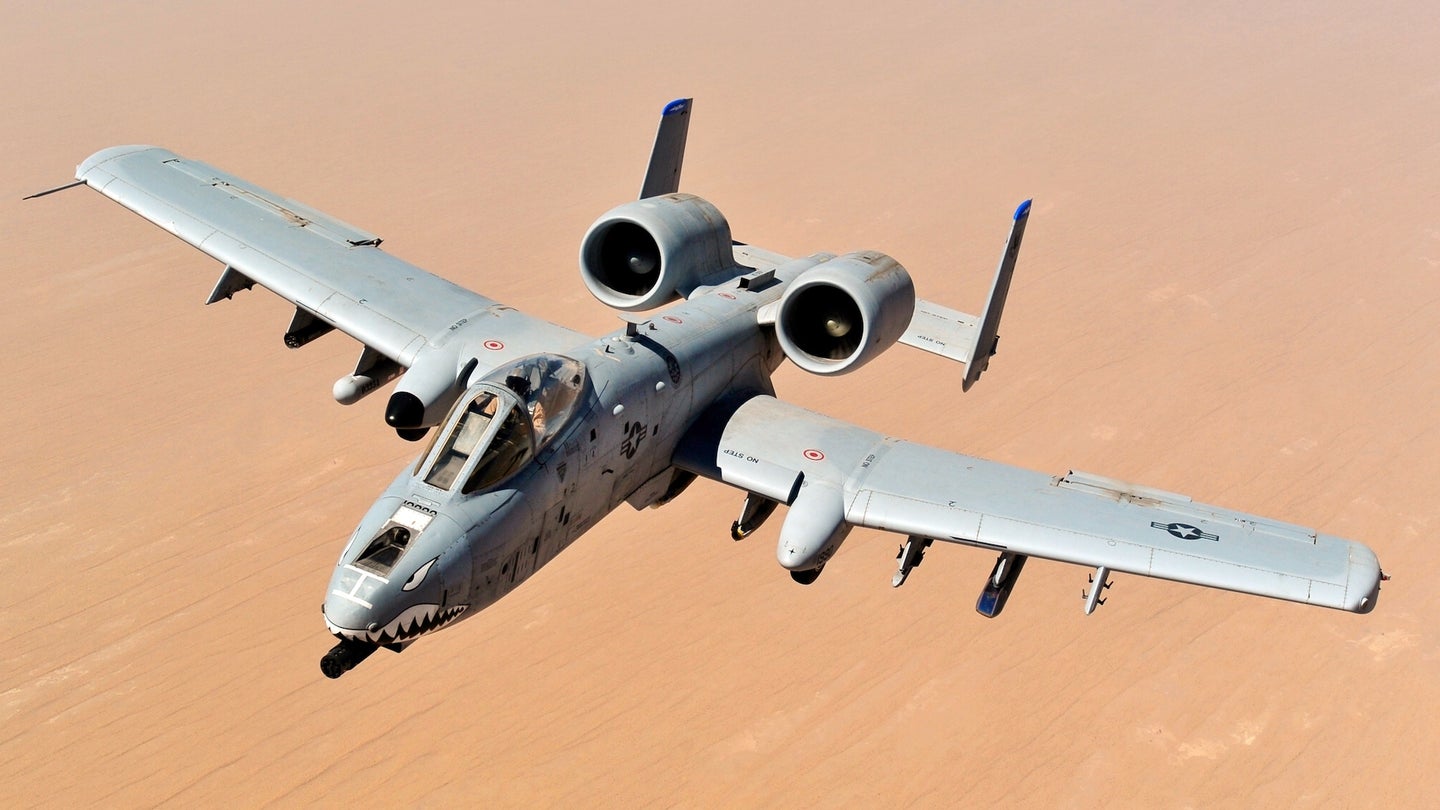 Like a hoarder with separation anxiety, Congress just can’t let go of the A-10 Warthog, the aging but legendary attack plane the Air Force has tried and failed for years to start to get rid of.

In its most recent attempt, the Air Force tried to cut 42 A-10 Thunderbolt II attack aircraft from its fleet of 281 airframes. The move was supposed to free up maintenance costs on the aging platform which the branch could then use to buy more advanced aircraft like the F-35A, which the Air Force thinks has a better chance of surviving against high-tech anti-aircraft weapon-equipped countries like China.

But not if Congress had anything to say about it, which it did. In its proposal for the Fiscal Year 2022 National Defense Authorization Act, the bill which will set the funding levels for the U.S. military next year, the Senate Armed Services Committee prohibited the Air Force from retiring any A-10 aircraft in fiscal year 2022.

While the House Armed Services Committee has yet to release its proposal for the 2022 NDAA, the Senate’s version does not bode well for the Air Force, which has been trying to retire A-10s at least as far back as 2013.

Lovingly known by its nickname as the ‘Warthog’ or ‘Hog,’ the A-10 has a 45-year history of saving ground troops right in the nick of time with precise and overwhelming firepower. Designed around its 30mm GAU-8/A Gatling gun, the Hog is slow, stable and when it opens fire, it makes a sky-ripping BRRRT noise that troops have come to associate with salvation from enemy fighters.

But as the machines age, their maintenance costs are soaring, according to a Government Accountability Office report from November. While the Air Force has bought new wings for many A-10s, there are fewer replacement parts to go around and it takes longer to inspect aircraft systems and keep them running, which consumes resources that the Air Force needs to keep other aircraft flying too.

“As someone who has flown close air support in combat, I know that the A-10 is unmatched in carrying out its mission and provides an invaluable capability to protect American service members on the ground,” wrote former astronaut and Navy A-6 Intruder pilot Sen. Mark Kelly (D-Ariz.) in a statement sent to Task & Purpose earlier this year.

“Removing A-10s from the fleet when there is not another aircraft capable of performing this mission takes a vital tool away from our military and is the wrong step for our national security,” he added.

Not all lawmakers were happy with the Senate’s plan though. Sen. Marco Rubio (R-Fla.), whose state is slated to host new F-35A squadrons at Tyndall Air Force Base near Panama City, urged his colleagues to support the Air Force’s proposed A-10 retirement, which would spare resources for the more advanced fighters.

“I urge the committee to remove, or reject, any provision or funding that would jeopardize the strategic basing of three F-35 squadrons at Tyndall,” he said, according to Defense News. “Including such language would have significant impact on the Air Force’s F-35 pilot output, our strategic capacity to field F-35s in the event of a conflict, and have grave, long-term implications for the national security of the United States.”

The Air Force’s plan would have retired 42 A-10s and moved several other A-10s and HH-60 Pave Hawk helicopters to Davis-Monthan Air Force Base, Arizona, to form a close combat “Center of Excellence.” But those plans are now on hold as the service awaits Congress’ decision in its 2022 NDAA, the Air Force announced last week.

The Center of Excellence plan may not have made much sense in the first place, according to one analyst. While the military has no definition of such a center, the business sector describes them as a place to proliferate best practices and address issues in the field, Air Force expert Mike Benitez said in his newsletter The Merge in July.

The problem is, part of the reason why the Air Force wants to cut A-10s is because the branch says they are no longer relevant to a war with China, which has high-end anti-aircraft weaponry that can shoot down the slow-moving Warthog.

“It’s one thing to be trepid about losing a ton of experience and lessons learned as the military winds down the Middle East operations after a generation when almost everything with wings was doing [close air support],” Benitez said. “But it’s unclear why now is the time for the Air Force to declare it has a knowledge deficit or skills proliferation issue that a Center of Excellence exists to solve.

What happens next may depend on what the House Armed Services Committee publishes in its version of the 2022 NDAA. Then the House and Senate will produce a joint bill before sending it to President Joe Biden’s desk for his signature or his veto.

Whatever happens though, the A-10 still has many years of BRRRTing ahead of it. The Air Force hopes to keep the Warthog flying into the 2030s, and the service has invested $880 million in re-winging the fleet and modernizing its avionics, which are the electronic systems that keep the aircraft’s various functions running.

All of this is to show that truly nothing can kill the hardy A-10, not even the U.S. Air Force.