‘PIKLRICK’: We salute the Air Force pilot who flew with a ‘Rick and Morty’ callsign 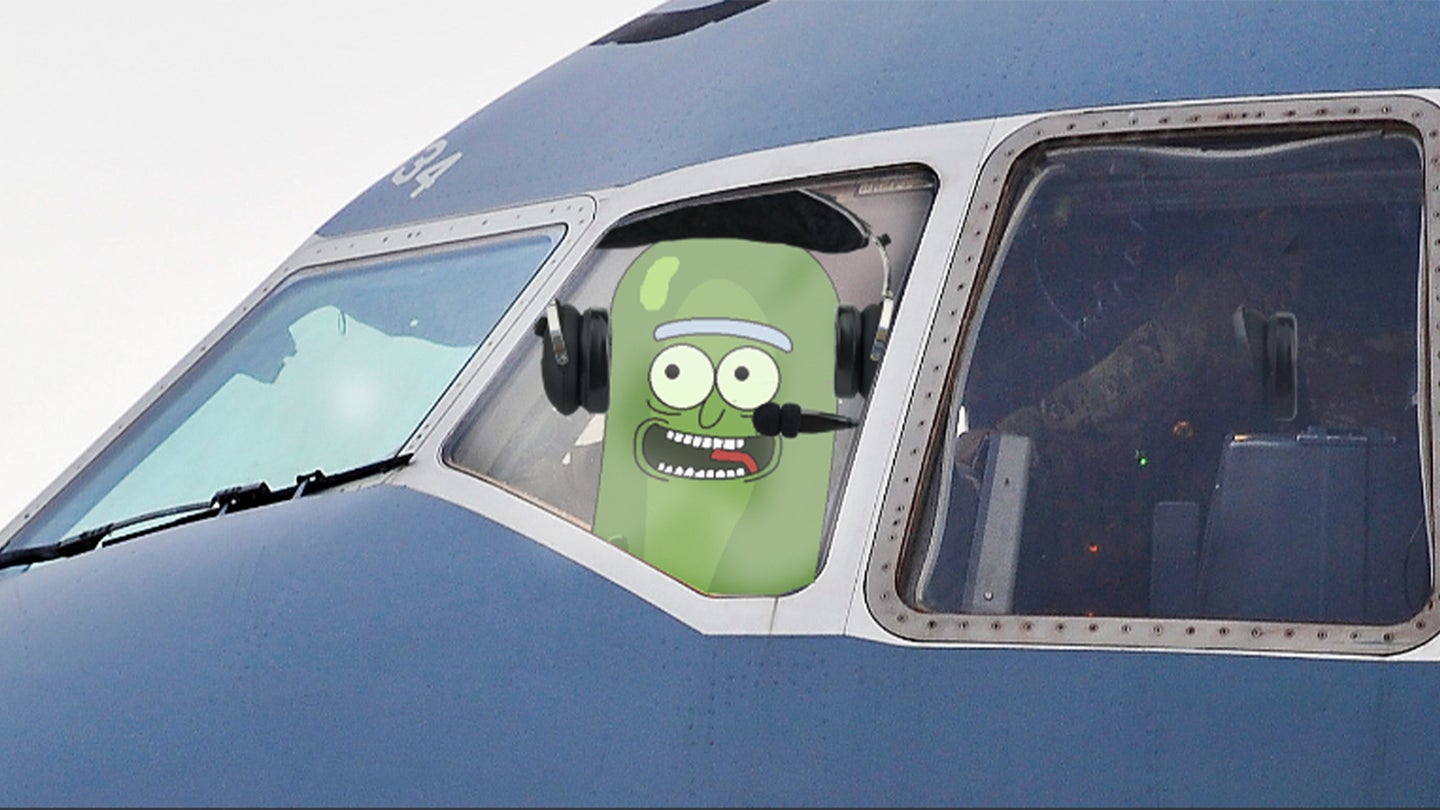 There’s a new Air Force call sign in town and it’s straight out of the infinite trans-dimensional worlds of Rick and Morty.

The aircrew of a KC-10 Extender refueling aircraft flying out of Al-Dhafra Air Base in the United Arab Emirates on Sunday went by the call sign “PIKLRICK,” The Associated Press first reported. The call sign is a reference to “Pickle Rick,” which is an episode where the show’s ne’er-do-well mad scientist Rick Sanchez turns himself into a pickle, then proceeds to fight off cockroaches, rats and rifle-toting mobsters in the most absurd 20-minute action movie you’ve ever seen. It even won an Emmy Award.

“Pickle Rick” is actually a great example of some of the ingenuity and resourcefulness that the Air Force is trying to foster in its airmen. Stuck in both a literal and figurative pickle while washed down a storm drain, Rick uses the tools he has on hand to overcome his situation. He bites a cockroach to death, then uses his tongue to control the cockroach’s limbs through its exposed brain. Rick then uses those limbs to kill a few rats and use their severed limbs to build a powered exoskeleton, with which he climbs out of a toilet bowl and overpowers the heavily-armed mobsters who try to imprison him. At one point, Rick even uses an improvised laser weapon to cut through his enemies.

While bloody and absurd, all of these examples are in keeping with some of the same goals the Air Force hopes airmen will achieve in a future fight against adversaries like China. The branch is fixated on concepts like Agile Combat Employment, where airmen train in multiple roles so that the branch can do more with fewer people on a farflung airstrip in the middle of the Pacific Ocean. That could mean training a security forces airman to refuel a fighter jet, or teaching maintainers to fix several different kinds of aircraft, not just one as they are traditionally trained.

In the same vein, the Air Force is also trying out unorthodox ways of using aircraft, like pushing bombs out the back of a C-17 transport aircraft or using F-15s as a bomb truck to carry JDAMs to airstrips that need munitions. No it’s not quite the same as using rat limbs to decapitate other rats, but you get the idea.

Unfortunately, the Air Force does not share my opinion of “PIKLRICK.”

“We acknowledge that the call sign is not in accordance with our operational guidance and we’ve provided that feedback to the airmen involved,” Air Force spokeswoman Maj. Kay Magdalena Nissen told the Associated Press. The call sign came from “no particular reason other than a bit of morale for the crew,” she said.

Still, “PIKLRICK” follows a proud tradition of goofy callsigns among American military aviators. Others include “Yard Sale,” “Happyass,” and, of course, “Pickle.” There are some basic rules that govern the creation of callsigns, which the website F-16.net lays out as follows:

1. If you don’t already have one, you will be assigned one by your “buddies.”

3. If you complain and moan too much about 1 and 2, you’ll get a new nickname you’ll like even less!

Many young pilots get their nicknames based on something stupid they did, or it’s a riff on their last name, or maybe even both, such as “Crash” or “Cheese” for a pilot named Lt. Kraft. However, not all callsigns are silly, some are metal as all hell, like “Skull” or “Xerxes.”

One note of caution about call signs though: just because your callsign might be “Cheese” doesn’t necessarily mean your wingmates and air traffic controllers will call you “Cheese” on a mission. As part of each preflight brief, pilots are assigned different tactical callsigns, in much the same way ground units are assigned callsigns for use over the radio during an operation.

For example, in the final dogfight in the classic movie Top Gun, the pilots Iceman and Hollywood refer to their aircraft with the callsign Voodoo One and Voodoo Two, respectively, when they’re chatting with air traffic control, but among themselves (and sometimes with the controller) they’ll also use their more permanent nicknames (I think Maverick is Voodoo Three on that mission but let me know if I’m wrong folks.).

Whether PIKLRICK is a tactical call sign or a more permanent fixture of a pilot’s identity is unclear, because the Associated Press vaguely attributes the discovery of the nickname to “flight-tracking data.” Either way, it’s great.

Of course, no discussion of call signs is complete without referencing the hilarious Saturday Night Live skit where Will Ferrell explains his um, unusual call sign.

Keep up the great work PIKLRICK, we are with you in this dimension and all the others.