A group of bipartisan senators want to reverse a longstanding federal policy that prevents veterans from owning firearms if someone... 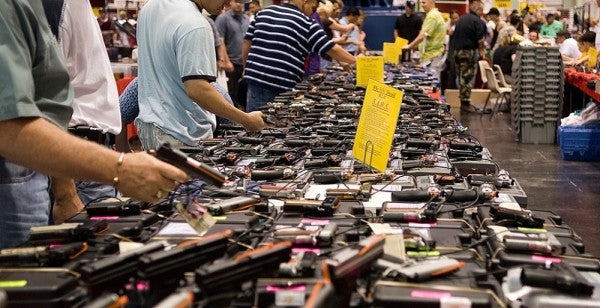 A group of bipartisan senators want to reverse a longstanding federal policy that prevents veterans from owning firearms if someone else is handling their personal finances.

Since 1998, any vet who was assigned a fiduciary by the Department of Veterans Affairs to handle their money matters has been reported to the FBI’s National Instant Criminal Background Check System (NICS) as “mentally incompetent,” barring them from purchasing firearms. As of 2016, 167,815 vets’ names had been added to this database since the policy went into effect.

That’s not right, says Republican Sen. Chuck Grassley of Iowa. Along with fellow Iowa Republican Sen. Joni Ernst and Democratic Sen. Joe Manchin of West Virginia, Grassley is sponsoring a fix, called the “Veterans’ Second Amendment Rights Restoration Act of 2018,” that would give gun-buying rights to more vets with fiduciaries.

Related: Congress May Make It Easier For ‘Mentally Incompetent’ Vets To Buy Guns »

If passed, the law would allow a vet with a VA-assigned fiduciary to keep his or her gun-buying rights unless a court officially deams the veteran a danger to him or herself or others. The VA would have to submit individual cases to a three-person board comprised of state, federal, or administrative law judges, who would make the final determination on the vet’s fitness to own a firearm.

“When a constitutional right is involved, the burden must always be on the government,” Grassley said.

Critics of the proposal — which has bounced around for years — say it runs counter to the statistics on veterans and suicides by gun.

“With more than 20 veterans dying by suicide per day, the vast majority by firearm, today’s legislation would make it easier, not harder, for those veterans in crisis to get access to a firearm,” Rep. Elizabeth Esty, a Massachusetts Democrat, told Military.com last year when the bill was introduced in the House.

As Task & Purpose’s Adam Weinstein reported in March 2017, of the 167,000 or so vets on the no-buy list, roughly 19,500 had a diagnosis of schizophrenia; more than 15,000 suffered from post traumatic stress; 11,084 had dementia; 5,462 had Alzheimer’s; and 3,981 had depression. By the VA’s own estimates, on average, 6 of 20 vets who die by suicide received benefits from the department; numerous academic studies have determined that the availability of a firearm is a key factor in suicide rates.

“This bill would set a nearly impossible standard for the VA to prevent a veteran who is at risk of harming themselves or others from purchasing a gun,” Etsy said.

If passed into law, the bill wouldn’t automatically remove those who are currently in the FBI’s database, but vets with an active file would be able to challenge their classification under the new system.