"Regardless of which uniform we wear, we’re not immune from life’s challenges, including thoughts of suicide." 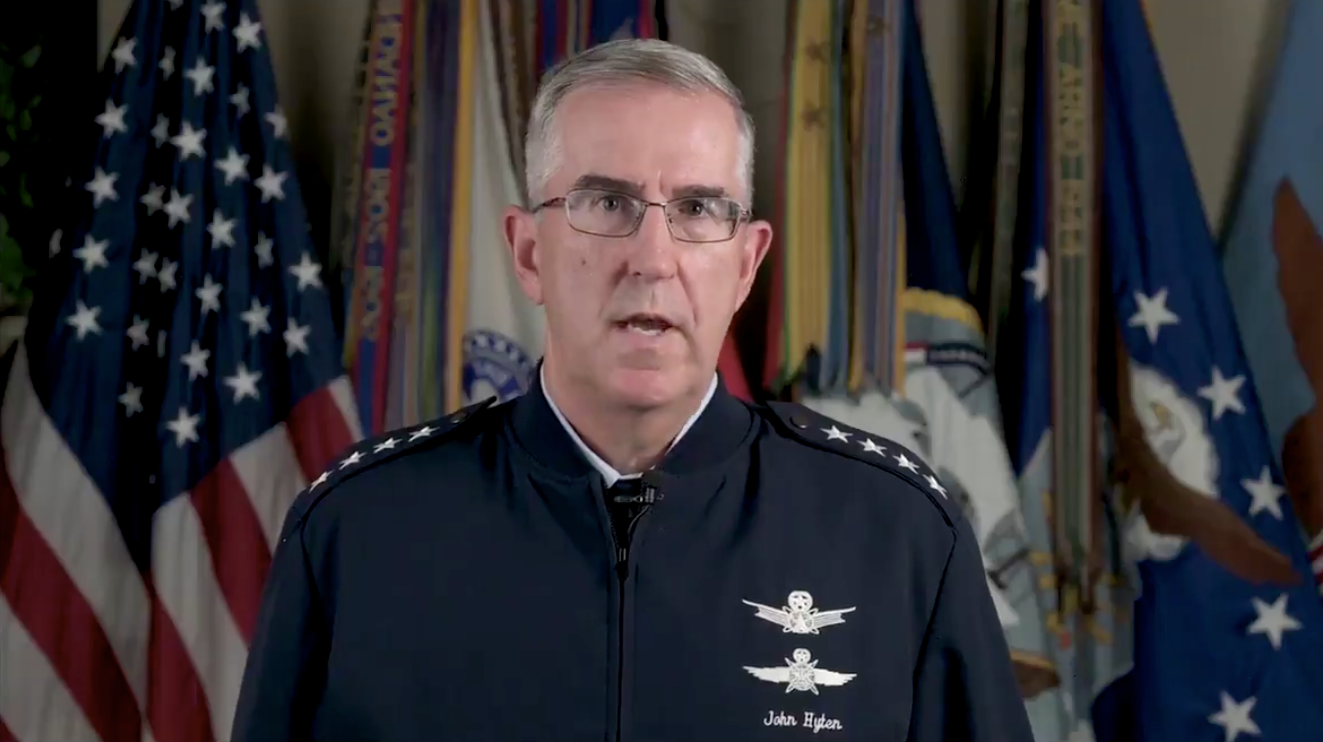 The second-most senior officer in the U.S. armed forces on Tuesday called on military leaders to help end an ongoing suicide epidemic by checking in with their subordinates and removing the stigma around seeking treatment for mental health issues.

“There are no negative consequences to your career and only positive results for you personally, for your family and your friends,” said Air Force Gen. John Hyten, about seeking professional mental health treatment, in a video tweeted by the Joint Chiefs of Staff on Tuesday.

“It’s important that the US military brings light to this complex issue of suicide because regardless of which uniform we wear, we’re not immune from life’s challenges, including thoughts of suicide,” he added.

"Regardless of the uniform we wear–we are not immune from life's challenges, including thoughts of suicide."

Hyten’s comments came 12 days after Air Force Chief of Staff Gen. Charles “CQ” Brown said his branch was on track to see the same number of airmen commit suicide in 2020 as it did in 2019, a record-breaking year that prompted the service to take a tactical pause to consider the problem and what could be done to solve it.

Briefing slides leaked by the popular Facebook page Air Force amn/nco/snco in February showed that 137 airmen and Air Force civilians died by suicide in 2019, a 33% increase over the previous year.

“I’ll be honest with you, collectively we’re struggling with how to deal with this,” Brown said at the time.

The Air Force chief said his service is working on ways to allow airmen to consult off-base mental health providers in order to ensure anonymity. Hyten, however, took a different tone on Tuesday, advocating for service members to be unashamed when they seek help. The vice chairman used himself as an example.

“I got an appointment with a psychiatrist and I was kindly offered anonymous backdoor entry and I rejected it,” said Hyten, referring to his seeking help while he was commander of US Strategic Command.

“If I’d had the flu, I’d walk through the front door to see the doctor,” the general said. “This was no different. our mental and physical health are equally as important … I got the help I needed and I’m stronger for it. So don’t hesitate to get professional help.”

September is Suicide Prevention Month, and suicide is the 10th leading cause of death in the U.S., Hyten pointed out. Ending the crisis in the military starts “with our chain of command,” said the general, who urged leaders to check in on their subordinates.

“So I ask you to do your part: connect, protect,” he said. “Leaders, reach out to your people, check in on them, follow up with your buddy, set aside time to listen, provide support, watch their six on and off base. If you or someone you know are in a crisis, know that you’re not alone in this.”

Hyten also recommended reaching out to the U.S. Military and Veterans crisis line at 1-800-273-8255 and pressing one. Other options including texting 838-255 or chatting online with veterans at crisisline.net.

“It’s free confidential and available 24/7,” Hyten said. “Caring and trained responders, many of them veterans, can help you, if you need help, please reach out.”