The VA failed to track a vet’s home care appointments. Then his foot became infected, and his leg had to be amputated

Social workers at an Indianapolis VA hospital were told not to track home care visits with patients, and then a veteran's care went overlooked, his foot became infected, and he had to have it amputated. 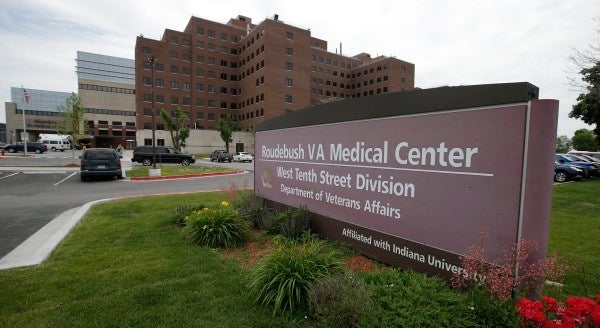 After social workers at a Veterans Affairs hospital in Indianapolis were directed to stop tracking home healthcare visits with patients, one veteran's care went overlooked and he ended up having part of his leg amputated because of it, according to a U.S. Office Of Special Counsel report sent to President Donald Trump in a letter on Wednesday.

The veteran — unnamed in the report — was discharged from the Richard L. Roudebush VA Medical Center in Indianapolis after being treated for “diabetic ketoacidosis and an ulcerated foot abscess” in June 2017. According to the report, he was supposed to receive a home healthcare consultation to help change the bandages on his foot, but the consult wasn't properly processed and he didn't get the necessary care.

His foot became infected, and required a below-the-knee amputation “due to the delay in receiving dressing changes from a home care agency,” the Special Counsel report said.

The incident came to light after three whistleblowers alleged that “the medical center management directed social workers to stop entering home health care consults into the Computerized Patient Record System without training other staff to perform this function,” the report found. They also claimed that a lack of “adequate planning, training and communication” contributed to delays in care.

As for who told employees not to record details on home care visits, the report placed the blame on the chief and assistant chief of Social Work Services at the medical center who “directed social workers to stop entering home health care consults due to concerns it was outside the social workers' scope of practice.”

“We found this decision led to a system breakdown, as the transition was not implemented with key services in a collaborative and cohesive manner, allowing time for coordination and education,” Wilkie wrote in an Aug. 13, 2018 letter on the incident which was provided to Task & Purpose along with the Special Counsel report. “Second, the lack of adequate planning, training, and communication resulted in a significant delay in at least one veteran's case with potential harm for others.”

Following the incident, the Indianapolis VA Medical Center updated how it tracked home care consults, provided training to “key staff members, clarifying that entering home health care consults is within the scope of practice for social workers,” stopped the practice of “discontinuing incomplete consults,” and directed referral nurses to immediately contact the provider or social worker to address an incomplete consult, according to the report.

While it's all well and good that the underlying issues have been remedied, it's unclear why it was ever allowed to happen in the first place.

“It is unconscionable that after serving his country, a veteran lost his limb not on the battlefield, but because of mistakes made by the agency entrusted to take care of him,” Special Counsel Henry J. Kerner wrote in the report. “While I commend the VA for taking the necessary steps to prevent similar problems from occurring in the future, this situation should never have happened.”

SEE ALSO: Military exchange suggests sports be played on TV instead of news in order to please the griping masses

WATCH NEXT: Headstrong: The Dangers Of Traumatic Brain Injuries