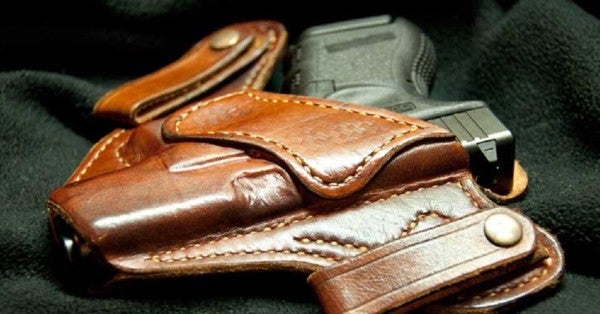 On Wednesday, Military Times reported on a relatively unknown law that allows certified troops to carry concealed handguns. Called the Law Enforcement Officers Safety Act of 2004, the law was extended to apply to military personnel in 2013 and allows credentialed troops as well as military police to carry weapons while off duty, even if their states do not have concealed-carry laws.

According to the Law Enforcement Officers Safety Act application website, applicants must have experience as a law enforcement officer — at least 10 years experience for separated or retired applicants — and have experience making an arrest or the “authority to apprehend pursuant to section 807(b) of Title 10 of the U.S Code, also known as Article 7(b) of the Uniform Code of Military Justice.”

They must also be authorized to carry a firearm, regularly qualify to use a firearm, not be prohibited by federal law from owning a firearm, and submit a commander’s endorsement letter validating that they meet the necessary standards established by their service, and the Department of Defense.

However, the LEOSA license does not permit service members to carry concealed firearms on military installations.

So far, the Air Force is the only branch that has begun contracting out applications in order to get licences; however, service members from other branches can apply directly through their state.