A man was arrested on the morning of Sept. 22 near the White House after a cache of arms were... 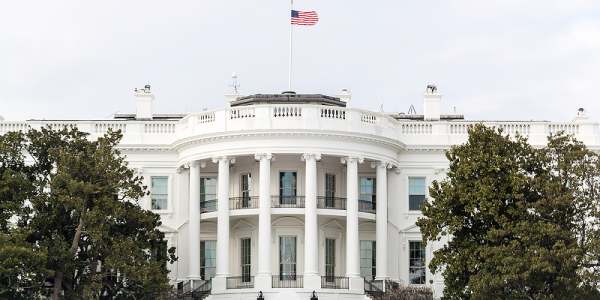 A man was arrested on the morning of Sept. 22 near the White House after a cache of arms were found in his car, reports CNN. Police reportedly uncovered the stockpile of weapons after encountering the suspect allegedly urinated outside a nearby art gallery and subsequently searching his vehicle.

The man, identified as Timothy Joseph Bates, 37, of Collierville, Tennessee, was stopped by police at 7:15 a.m. near 17th Street and Pennsylvania Avenue — a block from the White House — reportedly told Secret Service Uniformed Division officers that he was in the area to speak with the director of the National Security Agency, Navy Adm. Mike Rogers, and Secretary of Defense James Mattis.

According to an incident report provided to CNN, the man was seeking “advice on missing paychecks and how to get the chip out of my head.”

After he admitted to police to possessing multiple weapons in his car — a 2009 Nissan, with Fraternal Order of Police license plates, though it's unclear at this time if the man was known to police — the man agreed to let law enforcement officers search his vehicle.

Related: Army Vet Faces Charges For Peeing On An Entire Family At A Metallica Concert »

The search turned up brass knuckles, three knifes, and numerous firearms, as well as suppressors and ammunition. According to The Washington Post weapons included: “a Glock handgun, a Rossi .357, a .40-caliber Smith & Wesson, a Bushmaster M4 assault-style weapon, a Tec-9 with a silencer, an XD-S .45-caliber handgun, a Norinco AK-47, numerous rounds of ammunition, a folding knife, a blackjack and brass knuckles.”

The man was transported to a D.C. facility for “mental observation” and later taken to a local police station, where he was charged with numerous weapons violations.

Seeing as the a fella arrested for going No. 1 outside of the White House wanted to chat with two high-ranking defense officials, it’s possible he may have missed a golden opportunity to chat with the administration’s de facto No. 2 — retired Marine Gen. John Kelly.

According to a Sept. 22 Washington Post report, the White House chief of staff has recently taken to conducting roving patrols of the grounds, where he checks up on Secret Service agents to see if they have what they need — a holdover from his Marine Corps days, no doubt.

Given the excitement of the morning, it’d be interesting to know what Kelly thought of the duty logbook entry that day — and whether or not an unsuspecting 8th and I Marine was put on a working party to clean up the, uh, mess.