Two companies of recruits arrived at Parris Island on April 20. 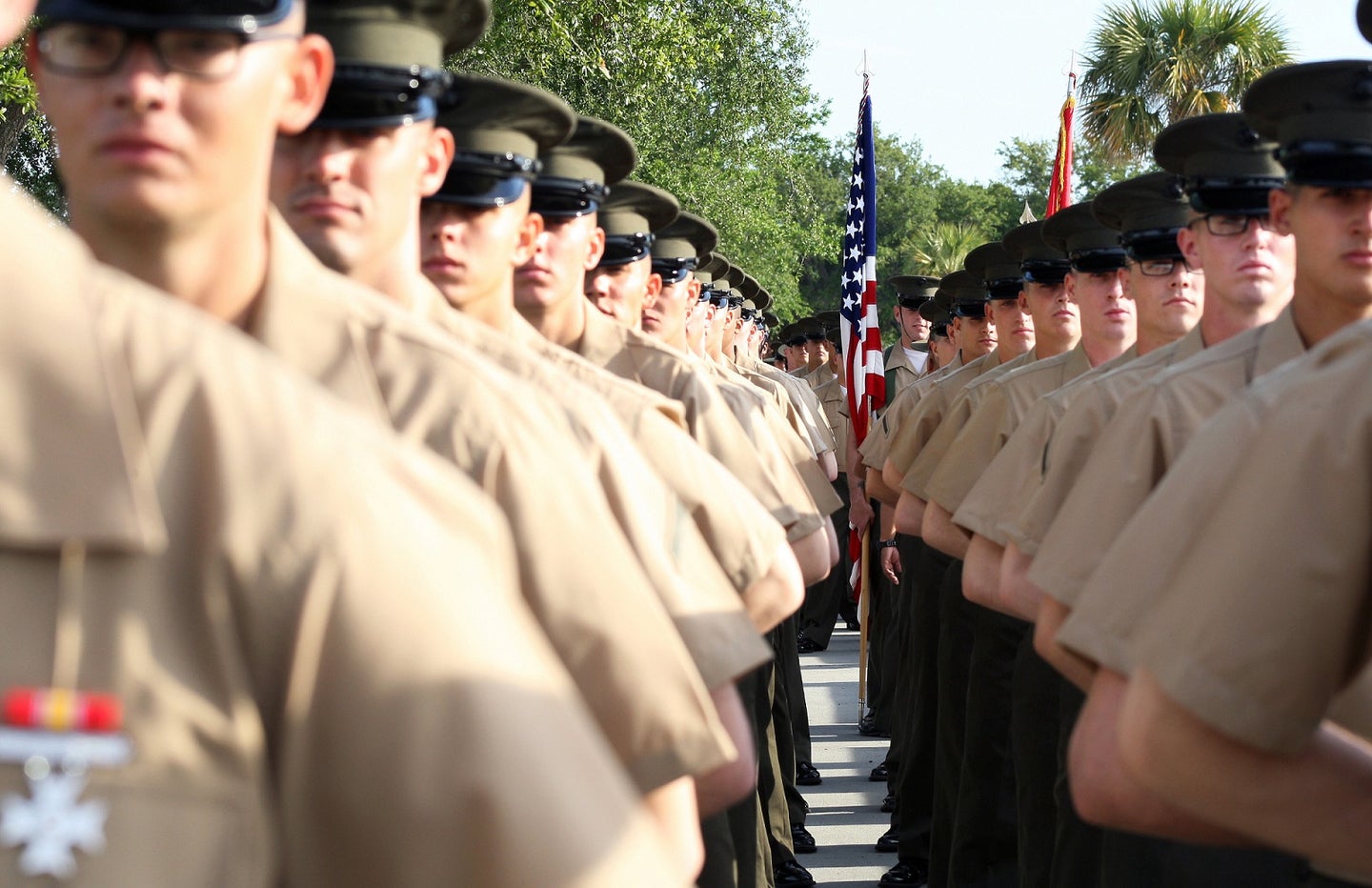 The first Marine recruits in three weeks have arrived at Parris Island following a novel coronavirus (COVID-19) outbreak there.

“Two companies of recruits is the normal standard for recruit training,” Yarbrough said on Tuesday.

The Marine Corps suspended shipping recruits to Parris Island on March 30 after more than 20 recruits tested positive for COVID-19.

Recruits will now go through a 14-day quarantine when they arrive at Parris Island, Yarbrough said. Beds inside the squad bays are now at least 6 feet apart.

“Classes taught to recruits up to Training Day-11 have been prerecorded and will be delivered virtually to recruits during the 14-day quarantine timeframe,” Yarbrough said.

Both recruits and drill instructors are required to wear masks and the Recruit Training Regiment has made sure that recruits have more space in the chow hall to eat meals, he said.

Religious ministries are also being delivered virtually to avoid have large gatherings of recruits, Yarbrough said.

“Additionally, drill instructors continue to teach and enforce good hygiene habits throughout recruit training,” Yarbrough said. “This includes mandatory handwashing before every meal, the carrying of hand sanitizer by every recruit, and nightly showers.”

Yarbrough declined to say how many recruits would ship to Parris Island for the next training cycle.

While shipping was delayed, training never stopped for those recruits who were already at Parris Island, he said.