The Pentagon is worried that adversaries will pop off a nuke in space to destroy its satellites, just like in ‘GoldenEye’

'That is a threat that we have to potentially be prepared for: a nuclear detonation in space.' 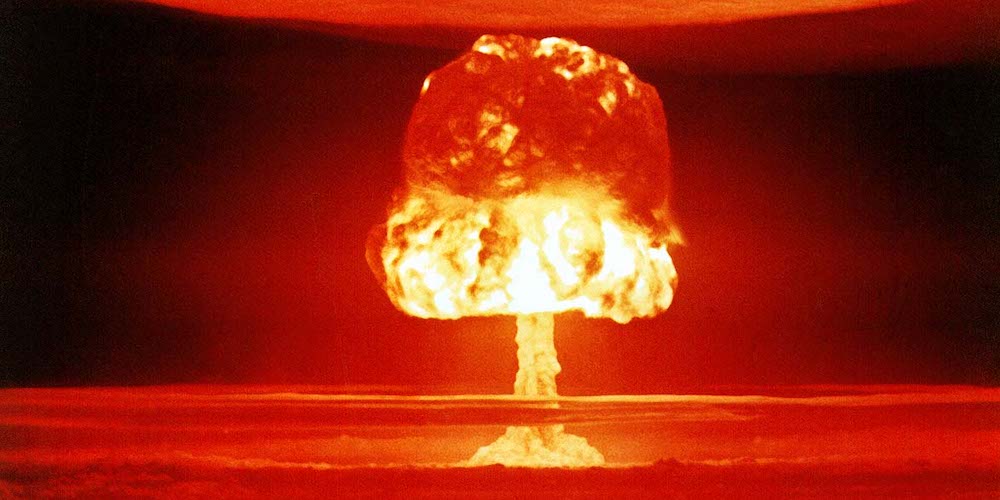 As if things on Earth weren’t bad enough, the U.S. military is concerned that Russia, China, or some other adversary could explode a nuclear weapon in space to fry American satellites.

“That is a threat that we have to potentially be prepared for: a nuclear detonation in space,” Deputy Assistant Secretary of Defense for Space Policy Stephen Kitay told reporters on Wednesday.

Such a nuclear detonation would produce an electromagnetic pulse and a signal that could indiscriminately “fry the electronics” of many satellites in space, Kitay explained.

If this sounds familiar, that’s because it’s the plot of the 1995 James Bond movie GoldenEye, which not only spawned the mega-popular video game but also featured the heartwarming romance between 007 and Natalya Simonova that was sadly abandoned in future sequels.

The possibility of a nuclear detonation in space is one of the treats mentioned in the Defense Department’s space strategy, which was released on Wednesday.

The strategy reflects the U.S. military’s concern that China and Russia in particular are developing counter-space weapons.

“We are still ahead of them, but we are absolutely at risk with the pace that they are developing these capabilities,” Kitay said at a Wednesday Pentagon news briefing. “These are very serious threats.”

While the threat of an adversary using a nuclear weapon to blind satellites is serious, it is not new, Kitay told reporters. The U.S. military has prepared for such an event since the Cold War and its nuclear command and control and early warning systems have protections against being disabled by such an attack.

Theoretically, the 1967 Outer Space Treaty bans countries from using a nuclear blast to destroy satellites. The United States and Soviet Union agreed not to deploy nuclear weapons in space – but the Soviets also lied about ending their biological weapons program during the Cold War, showing the limitations of international agreements.

In recent years, Russia and China have demonstrated they are developing other means to attack U.S. satellites, he said.

Both countries are developing jamming and cyberspace capabilities as well as directed energy weapons and ground-based anti-satellite missiles, said Kitay, who cited reports issued last year by the Defense Intelligence Agency and the National Air and Space Intelligence Center.

In 2017, the Russians launched a pair of satellites that fired a high-speed projectile, Kitay said. Since then, the Russians have launched two very similar satellites which have conducted tests near a U.S. government satellite.

When a reporter if the U.S. military is developing its own offensive weapons for space, Kitay did not answer directly.

“I’d encourage you to go read the details of the strategy, which do talk about – and I’m not going to talk about specific systems here, today – but what it emphasizes is we need to maintain our space superiority, which includes having the freedom of operation in the domain; assuring these capabilities to our warfighters throughout the conflict, and being able to protect and defend against hostile space activities to our interests or other nations’ interests.”