There’s a new rampage-packed teaser for ‘Rambo 5’, and here’s a shocker: Nothing is over

Sylvester Stallone is back as John Rambo. Why? Because nothing is (ever) over with this guy 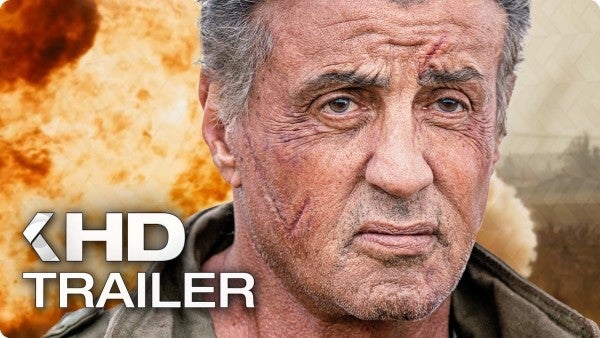 Sylvester Stallone is back as John Rambo. Why? Because nothing is (ever) over with this guy.

About a year after Millennium Media announced that Stallone would return as the titular Vietnam veteran, we got our first look at the new sequel when the first trailer for Rambo: Last Blood dropped this May — and on Aug. 20, the 72-year-old action star and director shared the newest teaser for the upcoming flick:

Directed by Adrian Grunberg and starring Stallone as Rambo, Last Blood follows our protagonist as he settles into an uneasy retirement on his ranch in Arizona before getting into an all out war with a vicious Mexican cartel that kidnapped his friend's daughter (or granddaughter — it's unclear.)

One thing that is clear, however, is that neither Rambo (or Stallone) have gone soft in their old age. The trailer is a mashup of the previous Rambo flicks — including a number of cut scenes from First Blood sprinkled throughout — and a ton of mayhem and violence from Last Blood, which includes Rambo setting a trap and impaling a guy with a fucking rake.

“I finally came home to defend the only family I have every known,” Rambo says in the trailer. “You started this, I'll end it.”

Based on the new teaser, it seems like they really wants us to make a connection between the Rambo of First Blood and the Rambo we're seeing in Last Blood.

For those who aren't familiar with Rambo, the first movie told the story of a Vietnam veteran who was isolated and ostracized from polite society which saw him as little more than a tool of war that didn't belong, forcing him to do the only thing he knows how to do: He goes to war.

Then he just kept going. As I wrote for Task & Purpose in May: “Next came Rambo 2, 3, and 4, which were action flicks, through and through. Gone was the thoughtful reflection on service and sacrifice, interwoven with the action and violence of the first movie. Instead it was just all-caps RAMBO and his physics defying mayhem, again, and again, and again.”

Since Last Blood is billed as Rambo's final mission, we're holding out hope that it'll return to the franchise's roots: An action blockbuster with some killer lines, great fight scenes, and a few moments of introspection.

To be honest, that isn't asking a whole lot. After all, this isJohn Rambo we're talking about: “You don't just turn it off.”