Report: Military Suicide On The Rise

A report by the Pentagon’s Defense Suicide Prevention Office found that in the third quarter of 2015, the military saw... 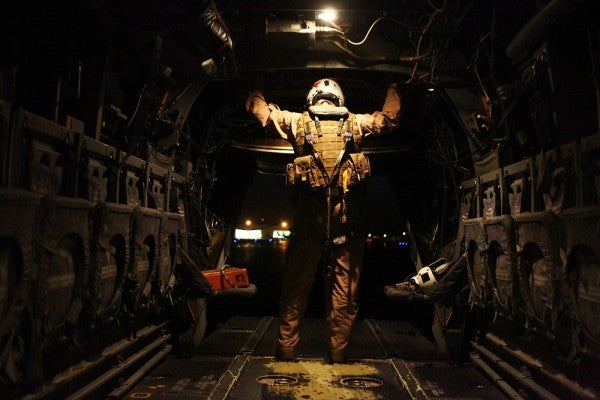 A report by the Pentagon’s Defense Suicide Prevention Office found that in the third quarter of 2015, the military saw an increase in suicides among active and reserve components, compared to the same period last year.

During that time, there were 72 suicides among active-duty components of the Army, Navy, Air Force, and Marines; 70 suicides among reserve components; and 38 among the Army and Air National Guard.

Image via Department of Defense

All branches — with the exception of the Air Force Reserve, which saw no change — saw an increase in the number of suicides between the third quarter of 2014 and the same period in 2015. Additionally, the Army has had the highest number of suicides for active and reserve components each quarter, according to the report.

The data for suicide mortality was drawn from the Armed Forces Medical Examiner System and supplemented by data from suicide prevention programs belonging to the individual branches. According to the report, the information is released each quarter and provides up-to-date information that helps make informed decisions related to suicide prevention.

“These reports I feel are critical,” said Dr. Ingrid Herrera-Yee, the military and veteran affairs manager with the National Alliance on Mental Illness, in an interview with Task & Purpose. “That they do it quarterly is important because you can look for trends.”

The military has used this information to help expand mental health care at the unit level, explained Marine Lt. Col. Gabrielle M. Hermes, a Department of Defense spokesperson, in an email to Task & Purpose.

While data like this is helpful to health care providers and unit leaders alike, Herrera-Yee added that it’s missing details on what causes and impacts these numbers.

“You can see the trends and where it’s going, but what it doesn’t tell us is what is impacting these numbers,” said Herrera-Yee, who has worked in the mental health field, focusing on veterans for the last decade. “That would be really good to see and is something researchers should look into.”

Herrera-Yee said that one possible reason could be concerns over what a mental health diagnosis could mean for a service member's career, having seen this happen while working at an Army Warrior Transition Unit. Additionally, Herrera-Yee called the increase in suicides among the Army’s active and reserve components alarming.

While quarterly reports like this are a step forward in combating suicide amongst military and veterans alike, “until the number is zero,” said Rep. Tim Walz, a Democratic congressman from Minnesota, in an email to Task & Purpose, “we have more work to do.”

Walz, a 24-year veteran of the Army National Guard who re-introduced the Clay Hunt Suicide Prevention Act in January, 2014, added that he “will continue working to ensure service members have the mental health care they need and we must continue to create a culture where service members feel comfortable accessing those resources.”