The biggest issue is that SOCOM has been the U.S. military's weapon of choice to fight terrorists and insurgents for the past two decades, and that created a "vicious cycle" in which special operators have become more focused more on deploying than developing leaders, the review found. 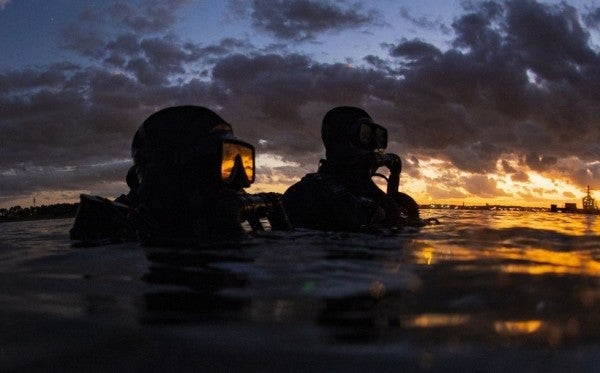 The long-awaited Special Operations Command's ethics review has finally been released, which argues that there is no “systemic ethics problem” in the special operations community while acknowledging a range of underlying problems stemming from a high operations tempo and insufficient leadership.

Army Gen. Richard Clarke, head of SOCOM, ordered the ethics review following several incidents of special operators being accused of crimes, including two SEALs and two Marine Raiders being accused of killing a Green Beret in Mali; a SEAL platoon being kicked out of Iraq over allegations of drinking and sexual assault; members of a SEAL team using cocaine and other drugs; and Navy SEAL Chief Eddie Gallagher being accused of killing a wounded ISIS fighter. Gallagher was found not guilty of murder. He was convicted of posing for a picture with the fighter's corpse.

Task & Purpose asked Clarke on Tuesday if SOCOM was being honest with itself by declaring there is no systemic ethics problem at the root of these incidents.

“Yes, I think we're being honest with ourselves,” Clarke said at a media roundtable. “The extreme vast majority of our force who is deployed, they are doing the right things each and every day on behalf of our nation. This force has literally done tens of thousands of raids and it has done them to the highest standard and you are picking out a small set of incidents that have occurred.”

The biggest issue is that SOCOM has been the U.S. military's weapon of choice to fight terrorists and insurgents for the past two decades, and that created a “vicious cycle” in which special operators have become more focused more on deploying than developing leaders, the review found.

Constant deployments have caused rest periods to be “habitually broken” and cohesive teams to constantly be split up, all of which “challenges unit integrity and leader development, and erodes readiness,” the review found.

The ethics review also found the special operations community does not devote enough time and resources to junior leadership development and professional military education. As a result, many officers and enlisted leaders, “Struggle to grasp the fundamentals of officer-enlisted leaderships, mentorship practices, accountability and discipline.”

Overall, the special operations community puts too much emphasis on combat experience when measuring how well leaders perform, according to the review.

“Those who did deploy forward, specifically in some degree of combat, are held as almost an infallible standard bearer for the rest of the organization to emulate – seemingly regardless if it is a positive or negative standard,” the review says. “Even if professionally competent, this competence is too frequently equated to the core tenets of leadership, discipline, and accountability. There appeared to be a lack of emphasis on professional development and personal maturity with regard to other core skills a SOF leader must have as they move forward in their careers – gaining increasing levels of authority and responsibility.”

Clarke cited a personal example of how special operators' singular focus on combat experience can pause problems. When he was a Ranger Ranger battalion commander, a specialist got into trouble just before deployment. The Ranger was well respected and had deployed several times, so his entire chain of command said he should still go downrange.

“I allowed him to deploy and my gut said that he should not,” Clarke said. “He deployed and he committed crimes. He was subsequently court-martialed. I did not exercise what I should have as a leader. We have to put leaders in charge to do that. I have to set conditions – and so do my subordinate commanders – to make sure that we have engaged leadership that's going to stop that; that's going to prevent that next incident from happening because they know what right is.”

You can read the full report below: