The Department of Veterans Affairs recently released the numbers for its Choice Card program, and they aren’t good — only … Continued 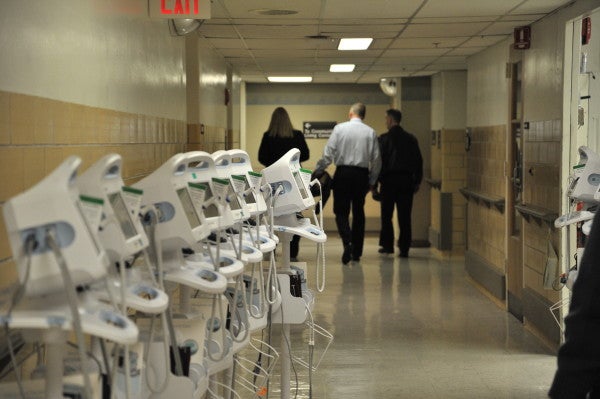 The Department of Veterans Affairs recently released the numbers for its Choice Card program, and they aren’t good — only 27,000 veterans have enrolled in the plan since it launched in November. Choice cards were introduced to curb an endemic issue in the VA: veterans being forced to wait months for treatment from VA hospitals, or having to travel significant distances to get to the nearest VA center. The Choice Card program allows veterans who have waited more than 30 days or live more than 40 miles from a VA center to seek private care, with the VA footing the bill.

However, the program seems to have caused more issues for veterans, exacerbating the very problem it was meant to remedy — wait times and accessible care.

Due to the language of the program, many veterans trying to use the card have been denied treatment, specifically those who live less than 40 miles away from a VA center “as the crow flies,” rather than according to actual driving distance. Additionally, the VA distributed choice cards to all veterans, whether they are eligible or not, making it unclear when they can actually be used.

The small number of eligible veterans who signed up for the program has brought new controversy to both the VA and the president’s 2016 budget, which requests authority to redistribute funds from the $10 billion dollars Congress originally set aside for the Veterans Choice Fund — with the claim that the money will be best spent elsewhere. It is unclear why veterans aren’t enrolling in the program, though some, like Frederick H. Nordhorn, a commissioner of the Prince George’s County Commission For Veterans, believe it’s due to a loss of trust between the VA and the veteran community.

“These are deep problem of dysfunction that need fixing that have been going on for decades. No wonder veterans aren’t sure if they should use or trust the choice card,” Nordhorn told the Washington Post. “They feel discouraged at every turn.”