What’s Next For Female Marines Who Passed Infantry Training?

For Marines like Lance Cpl. Paula Pineda, what comes next in her career is out of her hands. As one... 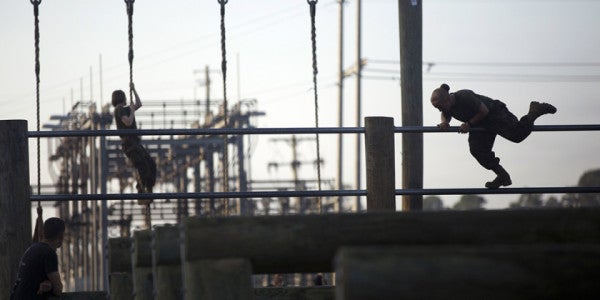 For Marines like Lance Cpl. Paula Pineda, what comes next in her career is out of her hands. As one of the female Marines to go through Marine infantry training, Pineda is temporarily stuck in a no man’s land.

For the past year, researchers from the Marine Corps and the University of Pittsburgh collected information on male and female Marines’ physical strength, endurance, marksmanship, and speed. Courses and training events were tailored to reflect what an integrated Marine unit would look like, and to answer questions about unit cohesion. During the training, small units would run through a course, first with just men, then with one woman, and then two, in order to reflect what it would look like in an operational environment.

Having completed the training, these female Marines are left wondering why they can’t do the job now, if they’ve already proven they can do it in a training environment. The flip side to that argument is that combat is nothing like training, and the high rate of injuries among female Marines during training — more than 30% of female Marines washed out, most due to injuries like stress fractures — makes some leary about integrating combat arms fields.

For 1st Sgt. John Dober, of one of the Marine companies involved in the case study, integration is a matter of national security, and not a gender issue.