Is Trump At Fault For The Yemen Raid? One Army Ranger Doesn’t Think So

On January 28th, only a week after the inauguration of Donald Trump as the 45th President of the United States,... 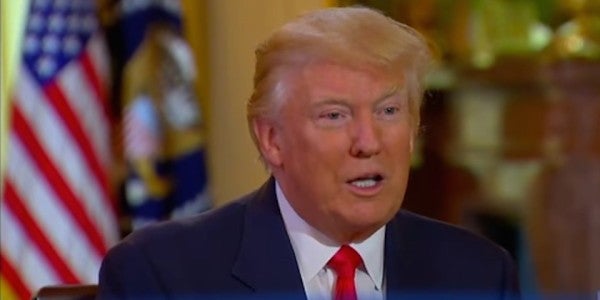 On January 28th, only a week after the inauguration of Donald Trump as the 45th President of the United States, a small team of Navy SEALs raided a high value target located in Yemen. The mission was costly to both sides, with Chief Petty Officer William Owens killed in action, in addition to three more SEALs wounded in the fight. Fourteen militants were killed on the raid, along with reports of dozens of civilian non-combatants being killed during the course of the mission.

Critics have hammered the President on his decision to green light the mission, including Owens’ father, as well as his response to those same critics. Some have said he should have been in the situation room monitoring the mission, while others have said planning and intelligence was lackluster. Owens’ father has also questioned whether it was appropriate for a ground attack to take place instead of “missiles and drones.”

To criticize Trump for not taking full responsibility for the outcomes of the raid is entirely fair. In an interview with Fox & Friends that aired this morning, the president said, “This was a mission that started before I got here. This is something that they wanted to do. They came to see me; they explained what they wanted to do.” Although he is certainly not the first president to act this way, Trump is essentially trying to pass the buck on to President Barack Obama as well as his current military leadership.

Related: Sean Spicer Is Hiding Behind A Fallen SEAL »

I can’t help but feel disgusted every time a politician does this. As a leader, and especially as the sitting president of the United States, you should do nothing but accept all the blame for any shortcomings or failures regardless of the mission. In times of success, you should be humble enough to give all the praise to those in your charge. Doing anything less is the mark of a weak backbone.

That said, it’s unfair for the critics to expect that Trump would be in charge of vetting the planning and execution of this raid, as opposed to trusting his advisors. His error was not in giving this mission the go-ahead.

The mission in question was allegedly targeting Qassim al-Rimi, the leader of Al Qaeda Arabian Peninsula. He is still at large, and considered the third most dangerous terrorist in the world. The Obama administration had sat on the target for months, eventually passing it off to the Trump team. That’s not surprising, as many lame duck presidents are not willing to do anything overly risky during their final days in office. When presidents do act, however, the extent of their involvement usually ends after they give the green light.

I have been in the room when missions that required presidential approval were being planned, and I can tell you that I never saw President George W. Bush or President Obama sitting next to the route planner as he configured primary and alternate paths to the objective. I never saw a president weigh in on the conversation about whether to land on the X or do an offset infil. I’ve never heard of a president sitting in the JOC watching the predator feed and counting how many pax were on target. These are just things that presidents don’t do.

A president is the commander in chief. He does not deal with anything at the tactical level. He is briefed on the strategic implications during the pitch they receive on these high level missions, and then he makes a decision after conferring with other advisors on any potential policy implications. Once that decision has been made, those who will be on the ground as well as those who directly support them will go through the mission planning process. At this point in the war on terror, this is a process that is nearly second nature for special operations forces.

To that end, when bad things happen on target, the president doesn’t have any control, and probably won’t even be aware of it until after the mission is over. I think the American people seeing a picture of the Obama team intently staring at what was probably a live feed of the Osama bin Laden raid may have misled them to suppose the Commander in Chief watches every high-risk mission go down. With the exception of the mission to kill bin Laden, that never happens. I can assure you that when the same unit that performed this Yemen raid killed Linda Norgrove on a botched hostage rescue mission, Obama was not watching a live feed or directing the troops on the ground. Obama (correctly) wasn’t blamed for her death either.

As Americans, we have grown accustomed to laser-guided precision bombs and special operations troops capable of regularly pulling off the seemingly impossible with surgical precision. Don’t be fooled by that. War is bloody, it’s messy, and people die. Sometimes it’s not just the bad guys either. It doesn’t matter who the president is, what happens on the field of battle is often uncontrollable and erratic. As much as I disagree with him on other facets of his presidency thus far, he was right to trust the military to pull this mission off. He should not be blaming them for what went wrong, but he should not be blamed for trusting them.

The Joint Special Operations Command has a track record of overwhelming success in these types of missions, there was no reason to believe they couldn’t pull it off. We should all join him in mourning the death of one of our best. If trying to kill or capture the third most dangerous terrorist in the world isn’t worth that risk, then I don’t know what is.