In a surprising turn, the Department of Veteran Affairs — which took away nearly half a billion dollars in military... 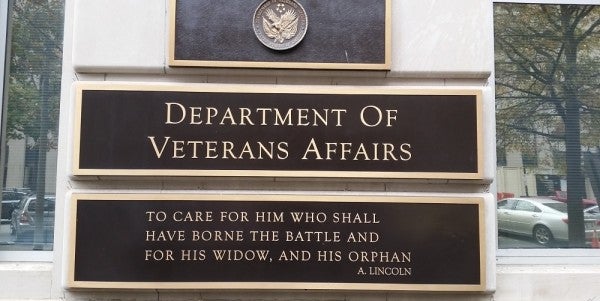 In a surprising turn, the Department of Veteran Affairs — which took away nearly half a billion dollars in military separation pay from disabled veterans in a single five-year period — now tells Task & Purpose that it has no rationale for the practice and sees no reason why it couldn’t be changed by Congress.

At least 24,998 veterans were hit with the financial penalties from 2010 to 2015, a result of a federal law going back to the 1980s that bans the duplication of government benefits, Task & Purpose previously reported. Under the U.S. code meant to prevent “double dipping” for government benefits, service members who accept military separation pay will have that money recouped by the VA if they later apply for disability compensation; only after their severance is fully repaid, usually through monthly withholdings, can a veteran collect his or her full disability payments. For many vets, that process can take as long as repaying a mortgage — and wreck personal finances.

In an email to T&P; Wednesday, the VA’s Office of General Counsel offered little defense of that long-standing practice.

“Unfortunately, we cannot provide an authoritative answer to this question regarding the purpose of the statutory provision,” that letter stated. “Neither the statutory text nor the legislative history… provides clear insight into the ‘why’ behind the requirement that separation pay must be recouped from VA disability benefits.

“Congress may well have considered the prohibition on multiple payments from multiple parts of the government based on a single period of service to be self-explanatory,” the letter stated, but if so, Congress’s rationale was no longer so self-evident.

That leaves the onus on Congress to clarify the practice’s value, or to rip it up. In 2003, the VA letter noted, Congress changed the federal codes “to remove the prohibition on concurrent receipt” only with respect to Department of Defense retirement pay.

“While this does not explain the basis on which Congress has determined VA and DoD payments to be duplicative, it reflects that Congress has evaluated whether the historical prohibition on receipt of such benefits should be lifted as to certain types of payments,” the VA concluded. In other words: Congress can change the rule if it wants, just as it already has done to benefit military lifers with retirement pay.

Lawmakers, however, have to yet to propose a significant and lasting legislative fix to this problem, even though some in Congress have vocally opposed the rules for payback of military separation benefits.

“It seems to me — whether intended or not, or whether it was a bureaucratic snafu — to be a bait and switch,” Democratic Rep. Mark DeSaulnier of California told T&P; of the double-dip catch-22 last week. “There is a promise between the American public, the American taxpayer, and military service members, when they go in, when they serve and when they get out, they’ll have this support, and in my view, the federal government and the Congress are violating this contractual obligation.”

DeSaulnier would like to pass legislation to stop the recoupments, but finding funds to pay for it has stalled those plans in Congress.

“When you’re trying to appropriate money and still dealing with the issues of the federal deficit and federal debt, then you get a situation where everybody who is currently receiving money doesn’t want that money cut,” he said.