America’s First Wars of the 21st Century Are Over. Why is the 9/11 Authorization for the Use of Military Force Still in Effect?

Now, with a stroke of the pen, the president could unilaterally deploy forces in a non-war scenario. And deploy we did. 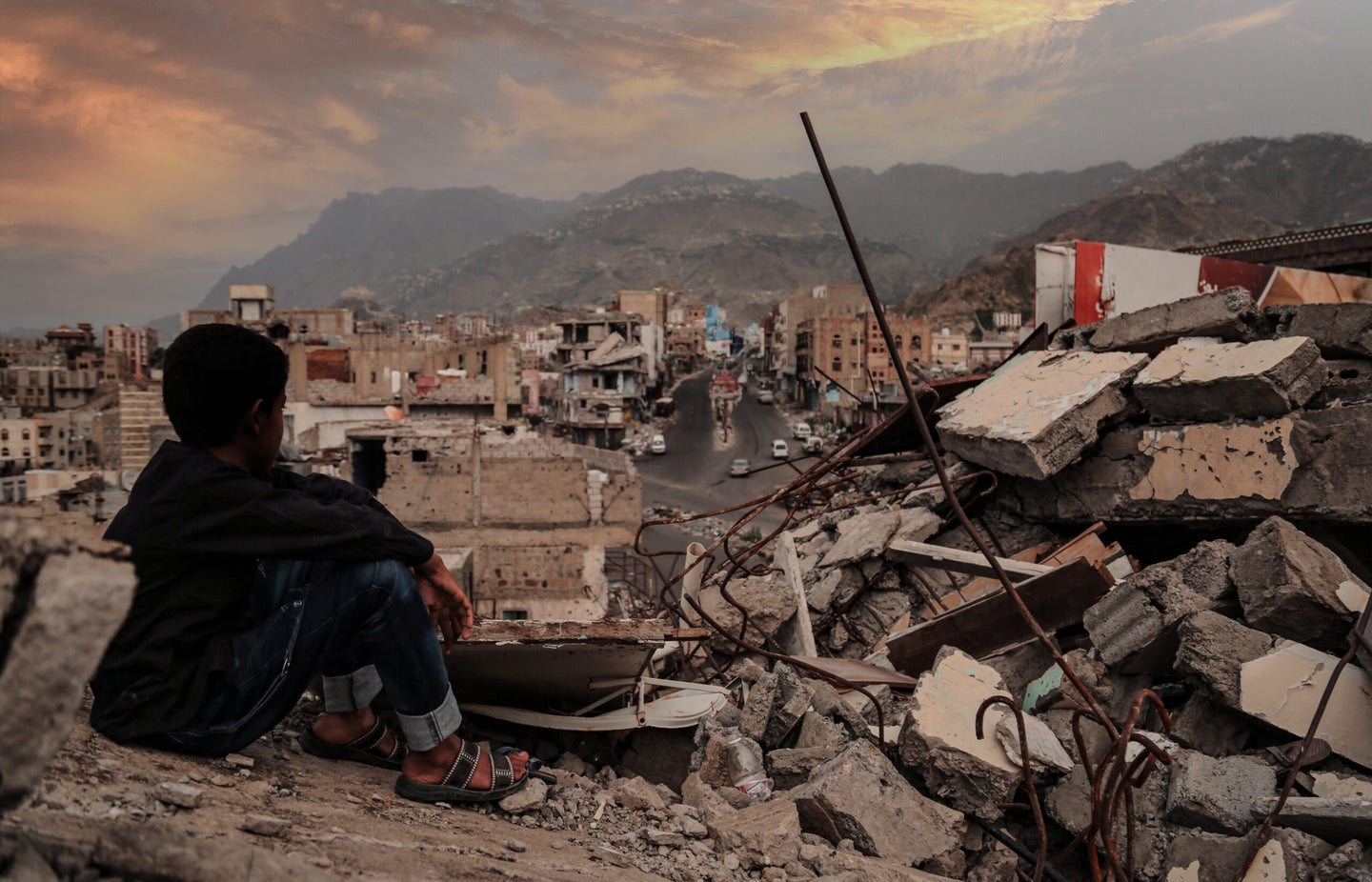 After the quagmire of Vietnam ended in defeat, famously captured in the shameful helicopter evacuation images of Saigon, America’s armed forces and civilian leaders realized they had to be reinvented. By the end of that conflict, the practice of fragging (killing friendly soldiers & superiors), rare in prior conflicts, had escalated to the point that some officers would avoid taking their units into situations where combat was likely to avoid angering the men, often draftees who were there unwillingly. The United States military that defeated Nazi Germany, Imperial Japan, and checked the territorial expansion of communist China was now a shell of its former glory.

The draft was disbanded shortly after the end of Vietnam. The new American war machine would be created from an all-volunteer force, molded by a corps of veterans who had experienced combat in Vietnam. By the time the arms race with the Soviet Union had reached its pinnacle, the United States fielded the best military in the world. It was that force that was unleashed on the massive formations of Iraqi dictator Saddam Hussein after his armies invaded Kuwait in 1990. Combat lasted approximately 100 hours, and when it ended the Iraqi armed forces were annihilated.

The Soviet Union, long feared as a near-peer adversary, imploded, and collapsed shortly after the US victory. Now America, trained and honed against the prospect of a total war against a nuclear equipped foe, was the world’s sole superpower. The US would maintain a continuous northern and southern no-fly zone over Iraq until the 2nd invasion began 12 years later.

At the peak of her might, America’s past now came back to haunt her. On September 11, 2001 four coordinated attacks by the Al-Qaeda terrorist group used hijacked commercial airliners to destroy the Twin Towers of the World Trade Center and an outer wing of the Pentagon. The organization was led by Osama bin Laden, the charismatic Saudi Arabian prince CIA agents had worked with to help defeat the Russians in Afghanistan. Radicalized against the evils of the West, he now called for a global jihad against his former allies. Still operating in Afghanistan under the protection of the local Taliban religious government, Al-Qaeda trained, recruited, and deployed with impunity.

Three days after the attacks, Congress passed a piece of legislation that would have staggering repercussions for the American population, military, and economy still being felt today.

The Authorization for the Use of Military Force (AUMF) was a joint resolution of Congress, authorizing the use of force against those responsible for the September 11th attacks, and granting permission to use all necessary and appropriate force against those whom the President decided helped plan, authorize, commit or aide in the attacks.

Take a moment and read that again.

It’s a huge statement. Scary in its simplicity. During previous decades, Congress was always involved in sending US forces into harm’s way. Now, with a stroke of the pen, the president can unilaterally deploy forces in a non-war scenario, without an end state or timetable.

And deploy we did.

Since the AUMF was signed into law, it’s been used by subsequent Republican and Democratic presidents to authorize US military actions not only in Afghanistan, but Iraq, Georgia, the Philippines, Yemen, Djibouti, Kenya, Ethiopia, Eritrea, and Somalia. Sometimes the association with Al-Qaeda was obvious to the casual observer, but oftentimes not.

The distance we’ve come militarily, economically, and socially from the country that was attacked in 2001 is vast. However, the AUMF still remains in effect, as Barbara Lee, the only representative to vote against the bill when first proposed called it, “a blank check giving the government unlimited powers to wage war without debate.”

Mrs. Lee didn’t need a crystal ball to see where the AUMF could lead. Legal and diplomatic semantics aside, the United States is unarguably one of the most warlike nations to have ever existed on planet Earth. There was zero chance our political leaders could resist the temptation to leverage American military power (and all the political benefits that entails) with minimal risk of exposure at home, since we’d disbanded the draft. Patriotic speeches can be made, defense industry job creation can be touted, and the burden of endless warfare continues to be borne by an increasingly smaller proportion of our population.

After President Bush invoked the mutual defense clause of NATO to gain foreign support he deployed American forces to Afghanistan, and within weeks of the attacks, western special forces, supporting the troops of the Northern Alliance (local warlords opposed to the Taliban) and assisted by a massive air campaign, overthrew the Taliban and installed a new democratic regime.

At the same time, US intelligence agencies were already uncovering what were believed to be ties between the terrorist organization and the Iraqi president Saddam Hussein, still in power after his expulsion from Kuwait in the 90’s and furious at the continued sanctions against his country.

President Bush began preparing the nation for a second front in what would eventually be called the Global War on Terror (GWOT). Despite questionable intelligence at the time, the AUMF was again called on to provide a justification for war, and in 2003 American forces invaded a sovereign nation for the second time that century. Our campaign in Iraq quickly overthrew the dictator and we settled into an occupation of that country. Local government loyalists continued to attack coalition forces, and the enemy, which by 2004 had grown to include thousands of foreign fighters from around the world, sucked the US deeper into an increasingly violent occupation. A troop surge in 2007 succeeded in temporarily securing the country, leading to false assumptions about the capabilities of Iraq’s new security forces and talks of a US withdrawal timeline.

NATO continued to supply a large percentage of the forces in Afghanistan, but the United States supplied much of the combat power in Iraq, resulting in significant disparity of resources and focus between the two theaters, with Afghanistan stagnating while we poured our blood and treasure into the Iraq fight.

The withdrawal of US forces in Iraq during 2011 left a power vacuum that was quickly filled by the rising ISIS militant group that originated in Syria. That organization spread quickly to north-western Iraq and reconquered large swathes of the country originally held by coalition forces until they were checked by the Kurdish and Iraqi militaries.

In Afghanistan, combat intensified as more American forces were diverted from Iraq, but despite year and year of positive metrics, reporting, and news coverage, the Afghan government never obtained the ability to function independently of the United States and was generally distrusted by the local people after 20 years of collaboration with the Americans. Within days of the final American forces’ departure from the country the government had fallen. Instead of helicopters over Saigon, the new generation of Americans were treated to images of enemy fighters looting our bases, sleeping in our bunks, and civilians desperately passing their babies to foreign soldiers, abandoning them rather than subject the children to the draconian religious laws of the Taliban.

That doesn’t mean that the United States has never sent troops into combat without a congressional declaration of war. In fact, war is the exception to the rule since we haven’t formally been engaged in once since 1945.

To quote the immortal science fiction author Robert Heinlein, “you are just as dead if you buy the farm in an incident as you are if you buy it in a declared war.”

As someone who has been deployed and seen combat in several of these types of ‘non-wars’, I tend to agree with that sentiment.

Now it’s 2022. The Taliban rule Afghanistan again. Al-Qaeda has not been destroyed. The advancements in economic progress, female education, and infrastructure made through trillions of dollars in US government expenditure have been erased. And the United States of America is still not at war. However, tens of thousands of American troops, armored formations, and air wings are deployed to Europe to deter Russian aggression as the war in Ukraine grinds into its third month. Advisors in Africa and South America continue to train local partners in counterinsurgency and conventional combat missions. Aircraft carrier battle groups have been deployed to the South China sea to defend Taiwan from a potential Communist Chinese invasion. Combined arms brigades continue to patrol the South Korean side of the DMZ, as they have since 1953.

Despite the death of Osama bin Laden in 2011 and the subsequent shattering of his Al-Qaeda organization, the phrase ‘Al-Qaeda and associated forces’ is still used by US government officials as legal justification for continuing military action around the world, and despite multiple attempts at repeal, the law remains on the books and in responsible for pushing US troops downrange into theaters around the world to this day.

The unfortunate reality is that the AUMF appears to have become the law of the land, and it’s too convenient a piece of legislation to expect politicians to expend the necessary legislative capital to repeal it. We have to wonder, as war with Russia over Ukraine and the defense of our NATO allies looms ever closer to reality, how will we tie the next theater of war towards the defeat of ‘Al-Qaeda’?

Maybe this time we won’t even bother.