America’s military is being stretched to the breaking point, and our current operational footprint only increases the chances of a flashpoint incident spiraling into a conflict we can no longer support, leaving us vulnerable to near-peer competitors. 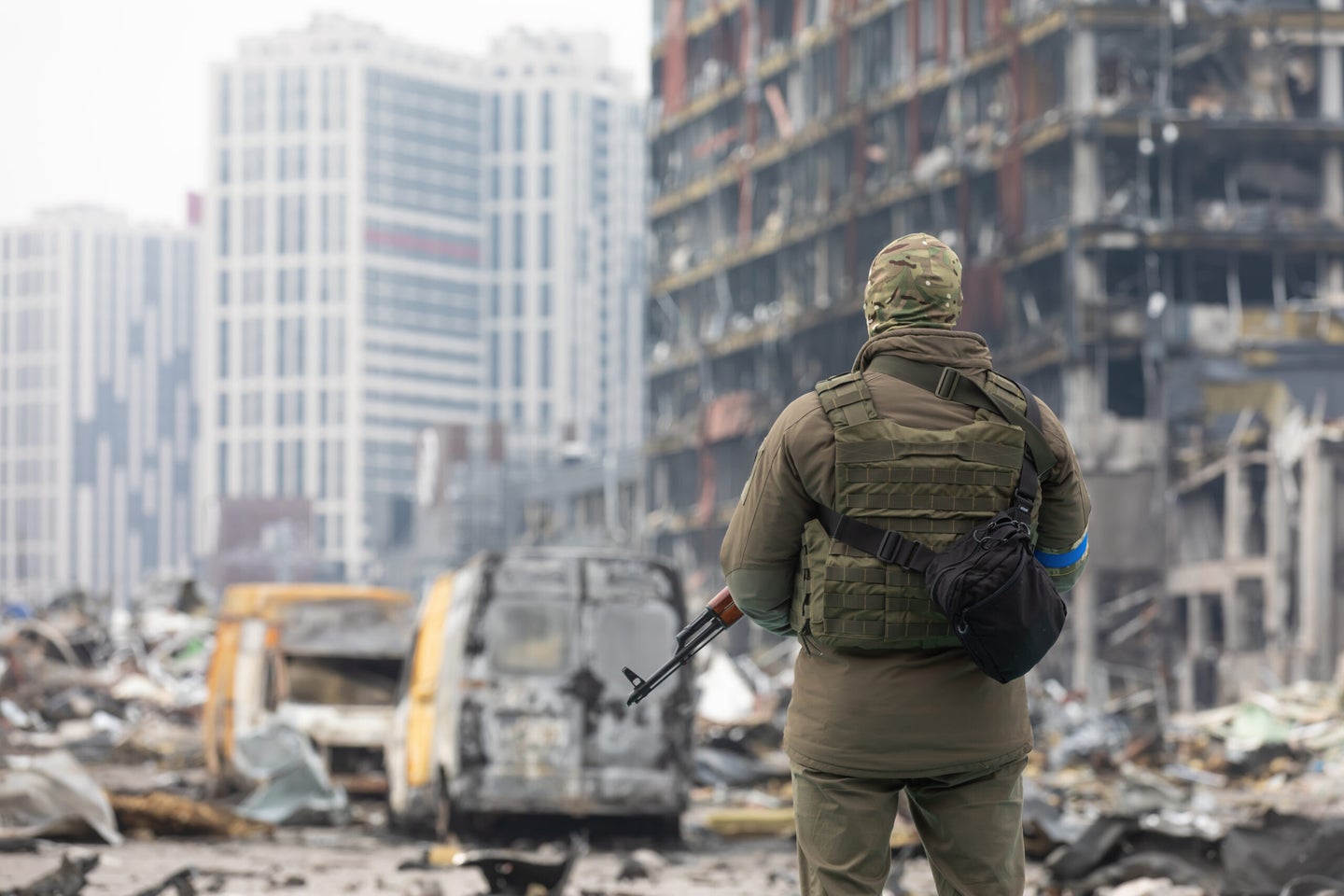 As the Russian-Ukrainian conflict lumbers into its fifth month the global community shows little sign of wavering in its support of Russia’s smaller neighbor to the west. NATO countries have pushed additional troops to the borders, increased air patrols, and continued to pour lethal and non-lethal aid into the warzone.

Ignoring the risk of escalation (and Vladimir Putin’s apocalyptic saber rattling) the Western powers, despite some initial reluctance by Germany, have been pulled ever further into what has become in effect a proxy war against Russia.

Almost universal condemnation of the invasion’s flimsy casus belli, combined with abysmal Russian combat performance has finally changed the calculations of the risk-averse West. Advanced weapon systems, intelligence support, and thousands of international volunteers have helped grind the invasion to a bloody crawl, and the conquest, which by all accounts was predicted to take just days, has turned into the deadliest war seen on the European continent since 1945, with no end in sight.

After the collapse of the Soviet Union, the massive nuclear arsenal remaining in the Russian Federation and the subsequent threat of mutually assured destruction had succeeded in keeping the global consequences of her expansionist policies to a minimum for the last several decades. Interventions in Georgia, Tajikistan, Azerbaijan, and the Ukrainian Crimea were met with massive sanctions against the Russian economy, but little else.

The Biden Administration has gambled that America’s ever-increasing support to Ukraine will not provoke a direct engagement against Russia, taking the opportunity to attrit one of our largest near-peer military opponents without committing US combat troops to a shooting war.

While our footprint around the world has been reduced, we still have troops in approximately 150 countries. The British and Roman empires at their peak never came close to the military reach of the United States. Though many of these personnel are permanently stationed in non-conflict zones, often with their families along for the ride, a significant portion are still located in potential flashpoints.

As of this writing, approximately 25,000 military personnel are currently in South Korea, most within artillery range of the DMZ and the million-strong army of the erratic dictator Kim Jong-un.

A force package of just under 1,000 troops, supported by drones and airpower, have been sent back into Somalia to prevent the destabilizing effects of the Al-Shabaab terrorist organization in the Horn of Africa.

Around 2,500 remain in Iraq despite the end of our ‘combat mission’ in 2021, still providing military training for the Iraqi military and coordination for air support missions against insurgent remnants in the region.

An unspecified number of special operations forces and their support personnel have been deployed to Yemen, assisting the Saudi Arabian-led coalition in combat roles against local rebel groups.

The US base in Al-Tanf, Syria still serves as a hub for direct-action combat missions by American special forces against Islamic State and Iranian-backed militias in that country.

Every one of these missions, it can be argued, is either vital to maintaining our security posture around the world or is an unnecessary military adventure by an interventionist America that has no business dictating other nation’s affairs. Regardless of where you fall on the spectrum of opinion, all of these locations provide very real opportunities for the United States to be sucked into a rapidly escalating conflict requiring massive expenditures in resources and manpower.

As we’d previously pointed out, these ‘isolated’ military actions have become the rule rather than the exception over the last 20 years in the post-9/11 era of American geopolitics.

The much-touted effectiveness of our Javelin anti-tank missiles, which have turned Russia armor formations into scrap metal across Ukraine, belies the fact that over ⅓ of our stockpile has now been depleted, according to the Center for Strategic and International Studies, and will take years to replenish.

It’s a dangerous game America is playing. Economically we’re in a close race with China and losing more ground each year. We offset this with levels of military expenditure unequaled by the next several nations combined, but that kind of supremacy is artificial and ultimately unsustainable as thousands of years of human history have shown us.

Try to imagine a scenario where one of our “non-combat” missions, limited in scope, is attacked by an insurgent group, rogue nation, or other organization causing heavy casualties and forcing a military response. It’s not difficult. The Marine Corps barracks bombing in Lebanon, the attack on the USS Cole in Yemen, or the countless incidents by Iranian proxy forces in Syria and Iraq come to mind. To say nothing of the massive 9/11 attacks which completely reshaped our international security posture.

Just because American strategic planners think our overwhelming superiority in military strength precludes a ‘lesser’ nation from taking advantage during an international incident doesn’t mean it can’t happen. As I learned back in basic training: the enemy always gets a vote.

For the moment, Ukraine is at the top of our foreign policy objective list, and does appear to be inflicting damage on the Russian military that may take generations to repair. However, this doesn’t mean we can continue our current level of international engagement elsewhere. An all-volunteer military simply can’t support the operations footprint US leaders (DoD and civilian) have demanded.

What happens when local militia inflict massive casualties on an American target of opportunity in Syria, using Iranian equipment (with clear evidence of their involvement)? We retaliate against defined Iranian formations or personnel. They are emboldened by a Russian government desperate to divert US resources anywhere other than Ukraine, that assures Iran they will be supported against us in the event of escalation. Now we’re forced to defend American assets and risk the deterrence force package NATO is currently fielding in Eastern Europe in the event of Russian spillover and/or aggression.

None of these scenarios take into account the Chinese, which as of this writing have just unveiled their latest home-built aircraft carrier, and continue to expand their global footprint, most notably in Africa.

The list of potential flashpoints around the world is enormous, and covering them all in detail is a full-time enterprise which already consumes think-tanks across the country. However, it should be clear that our military needs to be reserved for strategic endeavors that will directly reinforce the security of our nation and her citizens. The hard truth is we can’t be everywhere at once. While our objectives in Ukraine need to be examined and analyzed separately, if that is in fact the main effort of our strategic posture for the foreseeable future, then our leaders need to make an active effort to reduce our footprint (and subsequent risk of ancillary conflict) elsewhere around the world to support that mission. Our citizens and our soldiers deserve it.