How This Realistic Strategy Game Integrated the Most Authentic Aspect of War: Brotherhood

Warpath integrates the brotherhood of military service into its most realistic military strategy game to date. Thousands of Warpath brothers have found communities all over the internet. 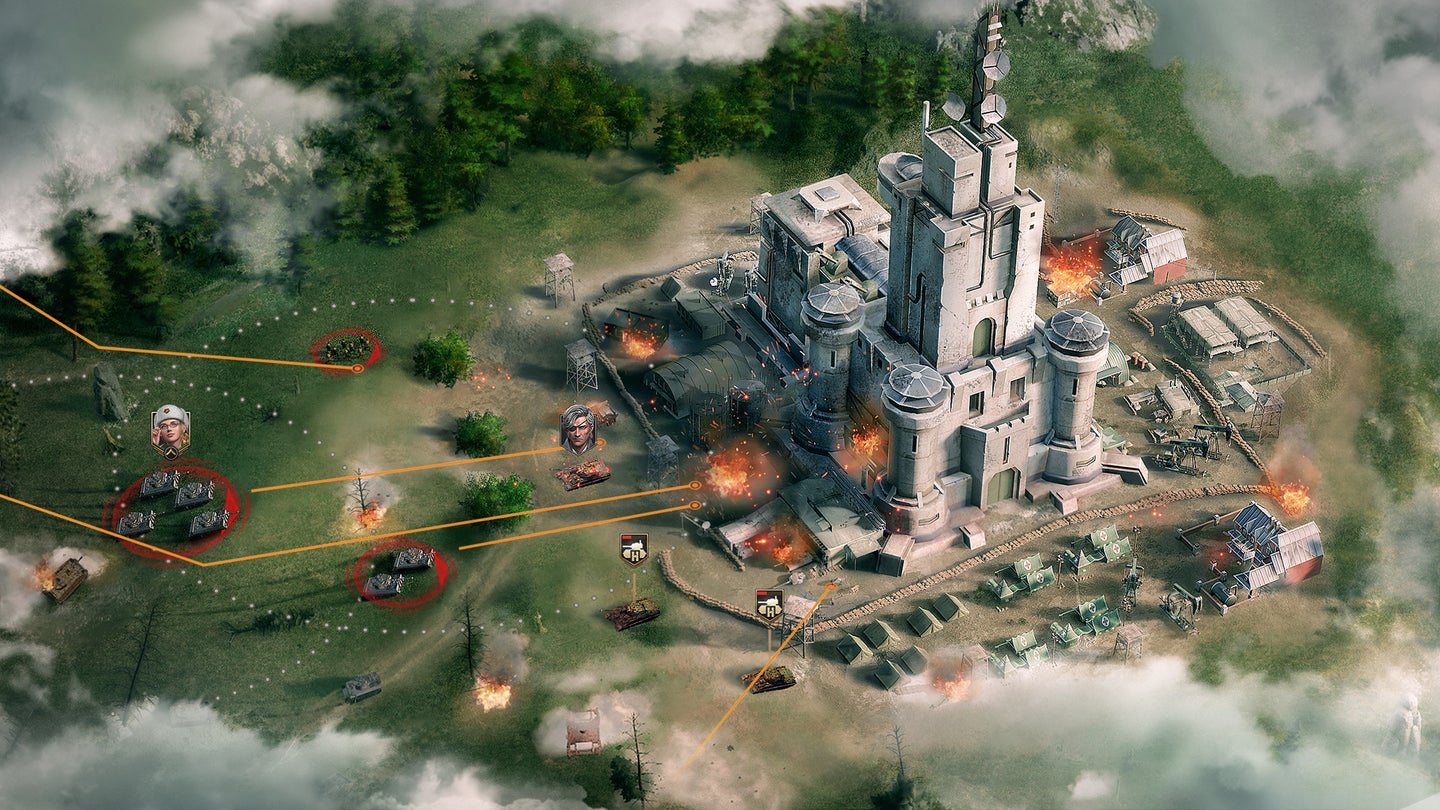 It’s said that real war makes real brothers. This idea dates as far back as Shakespeare’s Henry V, with the line “We few, we happy few, we band of brothers.” That line was borrowed by Stephen F. Ambrose for the title of his book about the 101st Airborne’s Easy Company, 506th Parachute Infantry Regiment.

There’s a reason the idea of brotherhood in military service has endured over centuries. It doesn’t always come by birth alone. In the military, it’s a feeling that grows between those who fight alongside one another in combat. Ralph and Boyd Henderson’s brotherhood was both born and nurtured.

The Hendersons are identical twin brothers, born in 1918. Boyd joined the U.S. Army National Guard in December 1941, after Ralph received his draft notice. He was determined to keep an eye on his brother. Days later, they heard about a place called Pearl Harbor, where Americans were killed in a surprise Japanese attack.

As they sat in their training barracks in Wyoming listening to the news, the Henderson brothers realized they were going to war, together.

Their real brotherhood and the brotherhood of military service inspired the creators of Warpath to bring this concept to what was already the most authentic mobile military strategy game. Now, Warpath allows for allied brothers to fight alongside one another in an expansive universe that replicates real-world terrain in some of history’s most legendary battlefields.

Warpath is already known as one of the most realistic, authentic war strategy games. Players recruit officers to command real historical tanks, artillery, small arms and aircraft, using the real strategies and tactics that made these weapons of war so famous.

Warpath is a game that simulates everything in the real battlefield. Battles take place on real maps and real place names. Players can command armies to fight in mountains, across rivers and other terrain. In fact, the only thing missing from previous versions of the game is the shared experience of brotherhood that grows between the people who fight those wars.

Ralph and Boyd Henderson had never heard of Pearl Harbor before joining the Army, but they were determined to do their duty. They fought side-by-side, sharing battlefields across North Africa, Italy, and into Germany. As the Allies defeated Nazi Germany, Ralph and Boyd Henderson kept watch for each other in battle after battle.

When they actually saw one another, the love they felt was unforgettable. While brotherhood like Ralph and Boyd’s came by birth and was reinforced by military service, service members who aren’t brothers by birth still grow to feel that sense of brotherhood through service.

The same is true of those who play Warpath, join alliances and fight alongside each other in authentic gameplay. Thousands of players flock to social media communities like Reddit and Discord to talk strategy, compare notes and create alliances.

Like watching Generals George S. Patton and Omar Bradley discuss the key to Sicily, Italy and Europe, players discuss which of the ​​real 104 types of tanks, 34 types of artillery, and 27 types of infantry armaments in Warpath are suitable for any given situation. They then take their plans into the game, where they watch each other’s backs like Boyd and Ralph Henderson once did.

The brotherhood they shared ensured both men survived the war. Ralph received the Silver Star and a Bronze Star for his battlefield exploits. Boyd was wounded when a tank round’s shrapnel tore through his vehicle, earning the Purple Heart but not a trip home. He was back to the front in time to enter Rome and tear a Nazi flag off the Colosseum.

Their experiences as brothers fighting in World War II not only inspired the makers of Warpath to integrate brotherhood into the latest iteration of the game, it also inspired them to make a 13-minute short film, “Showdown II: Centenary.”

“Showdown II: Centenary” is a realistic depiction of a fictional land-sea-air operation in the Warpath universe, but carried out using World War II-era tanks, planes and weapons used in such operations.

An airborne infantry unit on CG-4A gliders, being towed by C-47 Skytrain transports, takes fire from enemy interceptors as Allied fighters fight to protect them. Once on the ground, the paratroopers use real-world small unit tactics to take out a 75-millimeter howitzer using a Willys jeep and an M2 Browning heavy machine gun, before assaulting an enemy command post.

The short film and Warpath itself illustrate that the camaraderie that grows between soldiers on the battlefield is a powerful weapon against fear and defeat.

This article was sponsored by Warpath.

Warpath’s story and characters are fictitious. Any resemblance to actual events or individuals, is entirely coincidental. Additionally, weapon usage in the game is not realistic, in order to further distinguish this as a fictional story, not based on historical fact.