In Military Service And Business, Integrity Is Key

Among the Marine Corps’ leadership traits, commonly known as JJDIDTIEBUCKLE, is integrity, which I believe is the most important. 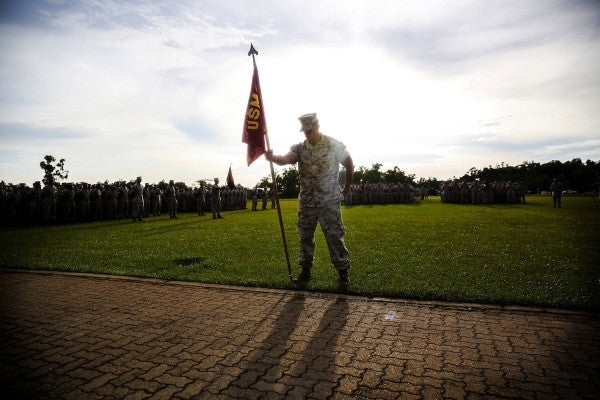 Among the Marine Corps’ leadership traits, commonly known as JJDIDTIEBUCKLE, is integrity, which I believe is the most important. Adherence to this leadership trait will ensure a successful career, both in and out of the military.

Integrity, as defined by the Marine Corps, means that you are honest and truthful in what you say or do. Having integrity means that you put honesty, sense of duty, and sound moral principles above all else.

During my career in the Marine Corps, I always tried, usually successfully, to adhere to this maxim of leadership. Integrity, and its subcomponent, honesty, are the keys to defusing most mistakes you make in your military career.

The lesson is to immediately accept responsibility for your honest mistakes or miscalculations. This almost instantly neutralizes most situations. To be clear, accepting responsibility will not erase all the repercussions of serious or criminal misconduct. What I’m focusing on are honest mistakes we all make when trying to do the right thing, known in the military lexicon as “good initiative, bad judgment.”

This occurred in my career when I inadvertently circumvented my chain of command to add a Marine to my trial team. I was just a few days from the most-important legal case of my career and I needed help. And I needed help right then.

There was a lawyer, Lt. Col. Glen Hines, who I knew I needed from another section. I asked his section head if he could assist with my trial. The section head agreed and Hines was added to my trial team. Here is where I made my error: I didn’t get clearance from my superior officer before adding Hines to my trial team.

My superior officer, normally a calm and reserved man, was visibly angered by my failure to observe military protocol. He called me into his office for a serious conversation. As soon as he made his displeasure known, I immediately accepted full responsibility, made no excuses, and apologized for my mistake. This ended the issue, immediately.

I explained that I had no ulterior motive for adding Hines without the consent of my superior officer. I had simply taken action because time was of the essence. The trial was 72 hours away and I needed help.

Fortunately, my superior officer was an understanding and just leader. Also, I had demonstrated integrity in our superior-subordinate relationship. Beyond our prior relationship, I believe my immediate acceptance of responsibility, without excuses or trying to shift the blame, contributed to this issue quickly fading from his memory and allowing us to get back to business as usual.

Outside my personal experience, there are numerous examples in the civilian world of integrity defusing what could otherwise be a disastrous event. The following example illustrate this point.

In 1982, seven people died in the Chicago area after taking extra-strength Tylenol. The bottles had been purchased, infused with cyanide, and then returned to the shelves of supermarkets and drug stores. The criminal behind the poisoning demanded $1 million to stop the murders.

Johnson & Johnson, the makers of Tylenol, took action in a way that had never been done before. The company recalled 31 million bottles of Tylenol from store shelves, offered free replacements to all customers, and developed the first tamper-proof packaging. The chairman of Johnson & Johnson, James Burke, “was widely admired for his leadership … and for his forthrightness in dealing with the media.” Integrity paid off, as the “company has paid out increasing dividends” for more than 39 years.

The Tylenol poisonings occurred over 30 years ago, but because of the acceptance of responsibility by Johnson & Johnson, there are few that have a negative opinion of the company today. It remains one of the most powerful brands in the world.

The vast majority of the mistakes we all make are honest miscalculations. Nobody is perfect, officer or enlisted, boot private to sergeant major, second lieutenant to general. Mistakes are normal and should be expected.

Be honest and accept responsibility, and your mistake will have a short life. Lie and make excuses and it will only compound the mistake and destroy your integrity.