Thank You for Your Service

Americans are no longer socially able to comprehend the true realities of war, while still fundamentally realizing that a professional standing military is the bedrock of our nation’s international preeminence. 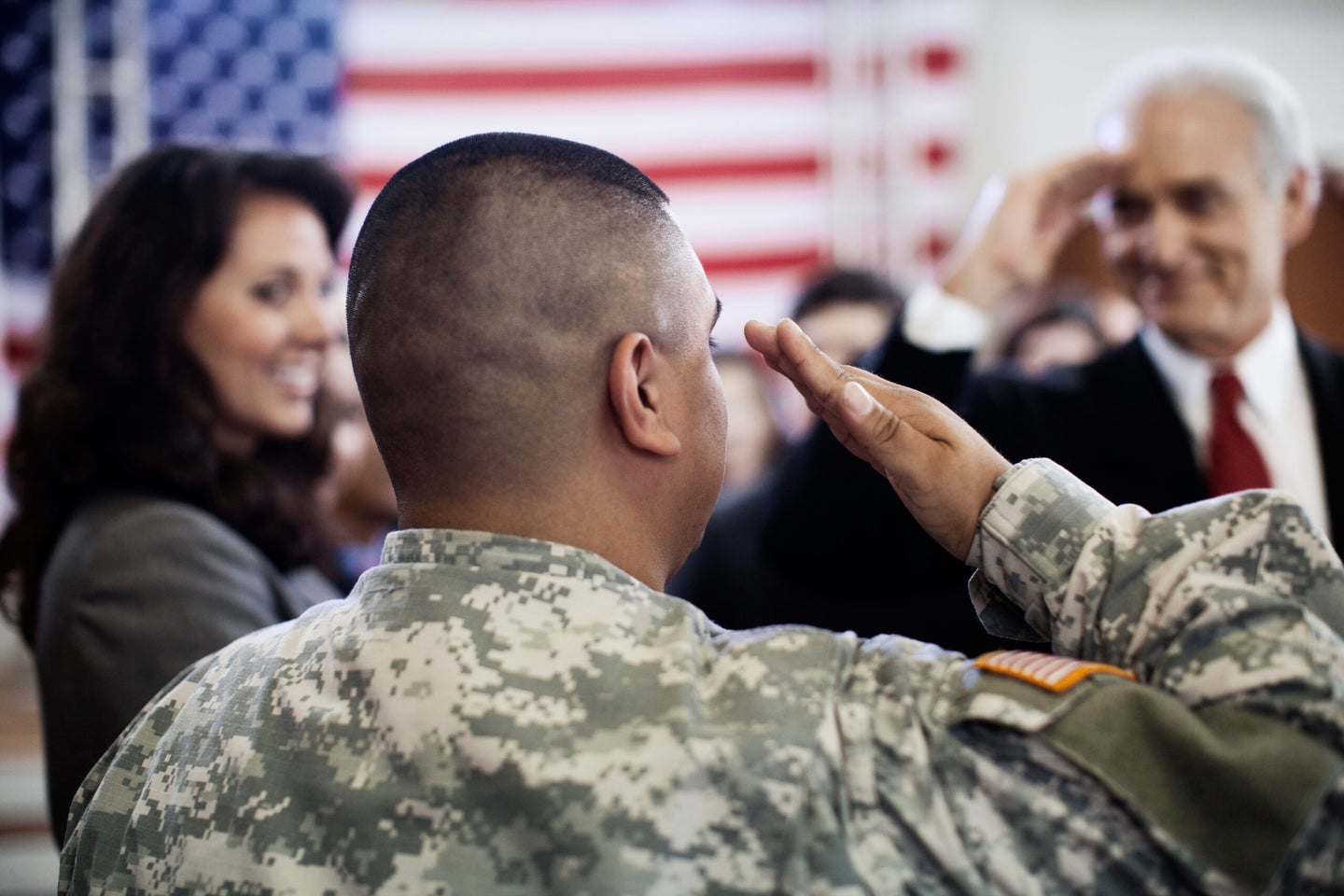 War, for most of us, is an abstract concept. It is seen on TV and the big screen, where audiences thrill and cringe at the bravery, heroism, and violence neatly packaged together into a single movie or episode. Since the abolishment of the draft after the Vietnam conflict, the American public has been relatively insulated from that most extreme form of interaction between human societies.

As the last survivors of the World War II generation slip into memory, and the Korean and Vietnam veterans age away, they have left the cultural legacy of our past accomplishments to a new breed of soldiers, sailors, airmen, and Marines responsible for fighting a new type of conflict. The endless wars of the post-draft military have none of the grandiose flair which accompanies a breathless retelling about the storming of the beaches at Normandy, or the icy savagery of the Chosin Reservoir.

Those great battles were fought by another, older group of Americans, who are celebrated, feted as heroes on the appropriate holiday, and then generally ignored. Our nation has grown to dominate the globe in the last 80 years, economically, militarily, and culturally, on their accomplishments. However, as we’ve discussed in detail before, the burden of fighting the United States’ wars has fallen to an ever-shrinking group of volunteer servicemembers. Which means that an incredibly small number of citizens have any real familiarity with military service beyond the associations of distant relatives.

The prosperity we currently enjoy has had the unfortunate side effect of insulating most of us from the brutal reality of war.

War, by its very nature, is a terrible thing. It is the natural extension of politics, in that when diplomacy and economic measures have failed to compel another state into a desired course of action, then violence becomes the next logical step. It is to be avoided and used only as a last resort. When it is necessary, it is to be conducted in the most efficient and devastating manner possible.

This behavior is fundamentally at odds with the tenants of a first world society like that found in America. Violence is a monopoly of the state, and except in very rare circumstances, is cloaked in obscurity. Cell phone videos of shootings or assaults are leaked, shocking our sensibilities as we breathlessly ask ourselves, “how could that happen here?”

The truth is, Americans are generally no longer able to comprehend the true realities of war, while still fundamentally realizing that a professional standing military is the bedrock of our nation’s international preeminence.

This cognitive dissonance has manifested itself in the warped quasi-hero status we now afford to our veterans and servicemembers. “Thank you for your service” has become the automatic response when learning of someone’s military status, now as reflexive as saying “bless you” after a sneeze. The original sincerity of the statement has been transformed into a platitude, and the careless indifference in which it’s offered is really a symptom of the larger disconnect between the general American populace and the small group of men and women who volunteer to wear the uniform.

The same is true for the term hero, which is now regularly applied to freshly graduated recruits who’ve never heard a shot fired in anger and seasoned combat veterans alike without irony.

Within that population, the amount of service members who have seen combat is even smaller still. Modern war is conducted with drones, jets, artillery, and armor. Even our most violent ground engagements of the last 30 years (Mogadishu, Shah-i-Kot, Ramadi, and Fallujah) were fought by a relative few. This ‘sanitization’ of the modern battlefield created a fetishization for the actual warriors still present in the ranks. Infantryman, fighter pilots, tankers, Green Berets, SEALs. Anyone who has experienced the death and carnage of the battlefield was viewed with the same awe and reverence as a pro athlete.

As the wars of the 21st century continued to grind on, this reverence morphed into a general elevation of the new military class. Politicians trotted out veterans on the campaign trail like talismans for success. To question the credentials of a hero/warrior/protector is now akin to blasphemy.

This disconnect has grown so great that what a person did in the military has become secondary to the fact that THEY SERVED. The shrinking veteran population has created a sort of collective guilt within the civilian portion of our society, where a set of military credentials are now viewed with a far less critical lens in reference to the duties a service member performed. 50 years ago, a corporal with just a few years of service or a single combat tour going on a national news program to discuss strategic geo-political affairs would be fodder for mockery. Now it’s a regular occurrence.

The population’s ever-more insular community of active duty and veteran service members also contributes to this divide. The sad reality is that this situation has now created an almost unbridgeable gap between our nation’s leaders and the veteran population.

The political and economic capital gained from our unending wars has trumped the need to preserve our shrinking military forces. As suicides deplete the ranks and PTSD ravages the veteran community, we continue our military adventurism unabated.

It’s time to say enough is enough. All the world’s problems are not necessarily our problems. War is among the worst of human behaviors, and those able to conduct it with trained professionalism and competence are not to be used frivolously. No one knows the true evil of war better than the soldier. For the politician, the decision to commit military forces is a speech and a talking point. For the soldier who is sent into combat, that decision may earn him a dead comrade, a crippling wound, and a lifetime of bad dreams as he does what is necessary to survive and complete the mission.

If Americans truly want to honor the sacrifices made by the military, then they must demand an end to unnecessary commitments around the globe that deplete our ranks, our resources, and our national prestige.

Maybe then you can thank us for our service.