The Strategic Repercussions of the All-Volunteer Force

One of the only things our elected officials seem to be able to agree on is that they ‘support the troops’—yet they’re only too willing to send our ever-shrinking army. 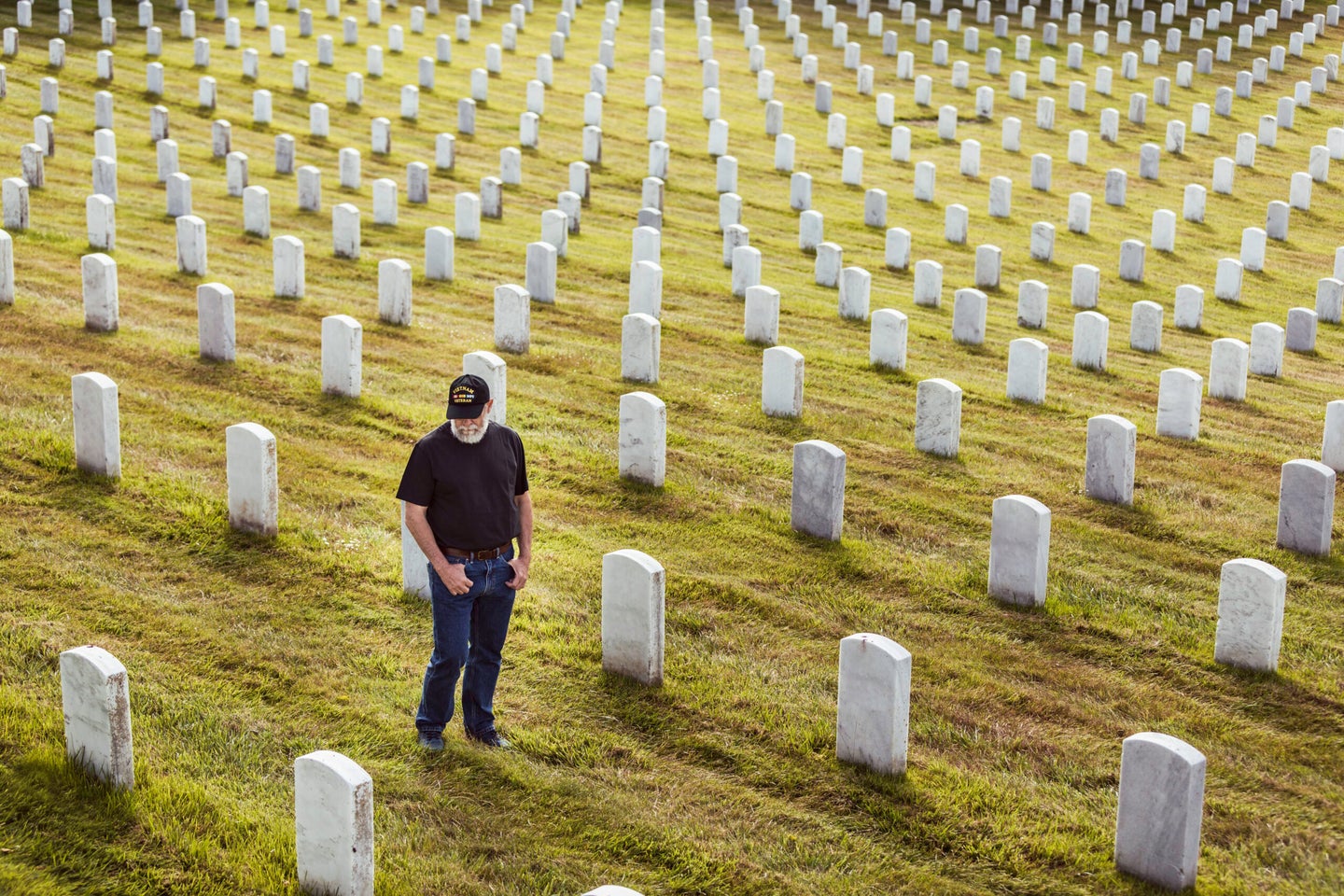 As we’ve extensively covered before, the decision to abolish conscription in the United States, more commonly known as the draft, was made after the Vietnam War, which at the time was the longest continuous conflict in the nation’s history.

Changing the organization from a quasi-mix of draftees led by career professionals into an all-volunteer force didn’t happen overnight. Significant budgetary, training, and cultural shifts were required to mold the United States military into the lethally efficient combat force we know today.

Sending young men overseas to fight and die in wars they don’t necessarily agree with has always been a morally gray area. At best, one can argue that they’re serving an obligation created by their citizenship in a nation that provides them safety, services, and a stable home. At worst it’s the involuntary impressment of American citizens to fight wars which may just be an extension of global politics. While there may be some argument for our initial involvement in Afghanistan circa 2001, I don’t think many people in 2022 would claim with the benefit of hindsight that the decades-long war accomplished anything other than the needless expenditure of thousands of lives and trillions of dollars which could have been spent elsewhere.

It shouldn’t be surprising to anyone that the all-volunteer force has had the unintended consequence of lessening the political pressure any call for military action has on our elected leaders. It’s a sobering thought to realize that your vote may send thousands of young men (and women) to their deaths in a war they didn’t want to fight. The tone changes when you have an entire service populated by volunteers, who joined for myriad reasons such as patriotism, professional advancement, or money for college. In essence “they signed up, they’ll go where we tell them”.

While no politician would be stupid enough to admit that publicly, our military adventures since the abolishment of the draft speak for themselves.

Since transitioning to the all-volunteer force our leaders have sent combat troops to Panama, Grenada, Kuwait, Iraq, Somalia, Afghanistan, Syria, Yemen, Mali, Djibouti, and the Philippines. And those are just open-source missions the public is aware of.

Throughout human history, wars have served as a useful political tool to distract from domestic issues. Kings, emperors, parliaments, and congresses have all taken advantage of the natural “us vs them” mentality of their populations to rally around the troops. Anything less would be unpatriotic.

This effect has only been magnified in the United States where the national psyche is still dealing with the aftereffects of Vietnam (a bad war) and the subsequent treatment of the veterans from that conflict. As study after study has shown, since the abolishment of the draft, public sentiment has elevated service in the military into something akin to social martyrdom; a sacrifice on behalf of the greater good.

Descriptors like hero and warrior are casually tossed around even when describing servicemembers who have recently left basic training and never tasted combat.

The cognitive dissonance has only gotten worse as our domestic politics get uglier. One of the only things our elected officials seem to be able to agree on is that they all ‘support the troops’. However, once they’ve issued the standard platitudes, they’re all too willing to send our ever-shrinking army of volunteers into harm’s way again and again.

This has created a conundrum for military and civilian leaders. Conscript armies have traditionally been able to absorb more casualties, both on the battlefield and through public sentiment at home, than volunteer formations.

Large commitments of troops are now politically untenable, especially in the aftermath of our performances in Afghanistan and Iraq. Bonus and benefit programs have ballooned while the total number of servicemembers has shrunk. Focus is now placed on more lethal weapons, better communications, and advanced technology. All of which keep big formations of front-line soldiers (in theory) out of harm’s way while inflicting disastrous consequences on our economy.

As the number of boots on the ground have decreased, there has been a correlating upswing in military expenditure. In 2021 the Center for Strategic and International Studies released a report noting that the number of active-duty troops fell by more than 64 percent from 1952 to 2016, but total DOD personnel spending rose by 110 percent over the same period. In the Army and Marine Corps, emphasis was shifted from large divisional formations to smaller brigade and regimental combat teams, while the Navy and Air Force focused on a fewer number of better, more expensive ships and aircraft.

In 1980 our naval fleet consisted of 528 ships. In 2022, that number is just 296. However, we now field 11 aircraft carriers, 9 helo carriers, and 51 nuclear submarines, a massive number by any standard, especially in an era of semi-contained regional conflicts. For reference, this is more than the next seven countries combined. China, unarguably our largest global competitor, fields only 3 carriers, several of dubious capability.

As a reminder for the non-history buffs out there, our last (and largest) major naval engagement since World War Two was 34 years ago, against Iran as retaliation for mining operations in the Persian Gulf during the Iran-Iraq War. In that conflict America supported the forces of Iraqi dictator Saddam Hussein, sadly continuing our lesser of two-evils foreign support policy which continues to this day.

The Air Force, which has maintained global dominance in stealth technology since the development of the F-117 Stealth fighter, which saw combat during the first Iraq War, continues to push for newer, 5th generation aircraft in its never-ending arms race with China.

Rather than cutting back on our global commitments wherever not absolutely necessary, our leaders have instead taken the politically safe route of catastrophic spending increases, designed to placate those who support the military while funneling jobs into their respective districts. The very-real military industrial complex is built around these so-called unkillable weapon systems, like the bloated F-35 program, which the Lockheed Martin website boasts uses components built in 45 states and employs hundreds of thousands of sub-contractors, as if this was something worth celebrating.

While domestically and politically appealing, our increased focus on fewer, more expensive, and lethal weapons programs has now created a force that is unable to fight effectively in two sustained, low-intensity ground conflicts, as we saw in Afghanistan, which suffered from a lack of resources as the military ‘surged’ into Iraq from 2007–2008.

This is not a call to reinstitute the draft, nor to cut down spending on essential military equipment, programs, and personnel. Instead, it’s meant as a warning flag. A force that is dependent on fewer and fewer vital systems leaves itself vulnerable to a more traditional ‘numbers based’ opponent as those systems become damaged or destroyed in combat with a near-peer opponent. The current Russian experience in Ukraine is a valuable object lesson in this regard.

Our nation’s leaders must make the politically difficult decisions to reduce expenditure wherever possible. ‘Too big to die’ must never be the rallying cry for why we need a specific platform or program, no matter how good it looks to your constituents.

Sadly, only our elected officials can fix this. The military cannot be expected to police itself. The US Department of Defense has never had to audit its own spending practices. In 2016 Congress demanded that the Pentagon achieve ‘audit readiness’ by late 2017. Instead, a DoD inspector general report revealed that the military was unable to account for a staggering $6.5 trillion dollars of transactions and expenditure. Six services with competing goals and priorities cannot work this out internally.

The United States military is still unquestionably the greatest armed force on earth, but shifting away from a personnel to platform-centric combat structure doesn’t mean it should be given carte blanche to spend with no regards to what will come during a full-scale shooting war either.

We must find a middle ground between drafting millions of young Americans (willing or not) and reducing our force to a small core of massively expensive weapon systems far beyond what is needed on the modern battlefield.

Remember, the enemy always gets a vote.