Us Vs. Them: The True Cost of the Civilian-Military Divide

With multiple deployments to Iraq, Afghanistan, and Syria, it’s no surprise that the divide between the general population and those who actually fight our nation’s wars has never been greater. 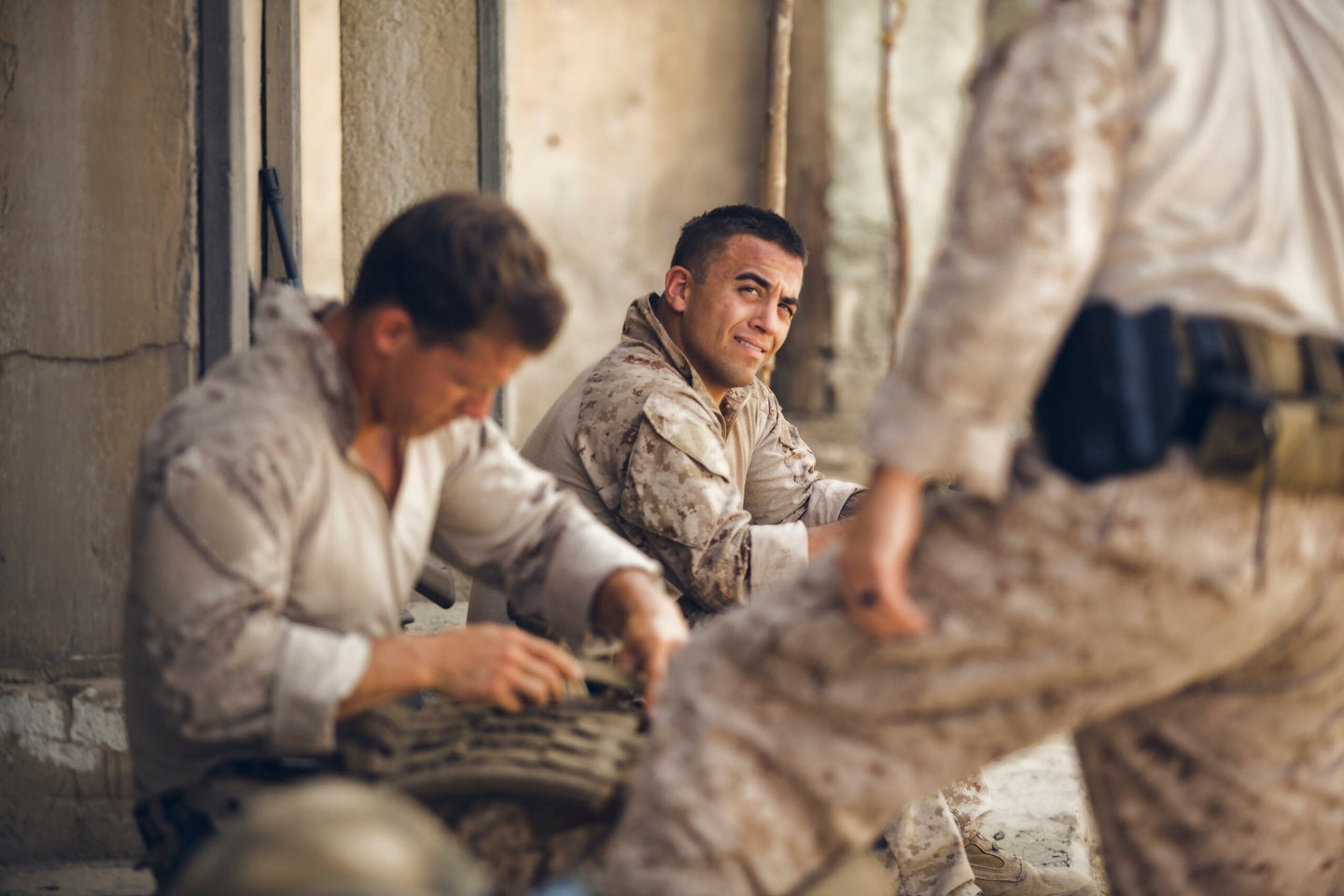 Conscription in the United States, more commonly known as the draft, has been used to fill America’s military ranks through six major wars. The Revolution, Civil War, the First and Second World Wars, Korea, and Vietnam all saw enforced service which placed millions of young men into uniforms to fight, and often die for their country. After our ignominious defeat in Vietnam, the country transitioned to an all-volunteer force in 1973. This allowed the US military to develop a willing, professional cadre of career soldiers upon which the backbone of a new type of combat force could be built. Quality, rather than quantity, became the new watchword of our national military strategy.

The gutted, scandal ridden draft military of previous decades was quickly transformed into a massive, well-trained fighting force that was successfully tested against the might of the Iraqi army in 1991. The new American military buildup of the 1980’s turned what had become a hollow shelled formation into one of the most lethal expeditionary forces on earth. The culmination of which was Operation Desert Storm, where ground combat led to the total annihilation of the Iraqi military in less than 100 hours.

However, one of the most lopsided victories in history would come at a slow, perilous cost. The draft, which flung entire generations against the nation’s enemies, had created a crucible shared across political, racial, and economic spectrums. After Vietnam it was replaced by a small cadre of professional volunteers who quickly developed a unique cultural identity separate from the civilian population they were sworn to defend.

This all-volunteer force brought myriad changes to the culture of the armed forces, most of them good. No longer focused on a total personnel count designed to overwhelm the enemy, our new military increased expenditure on training quality, technological advances, and support services.

Unfortunately, this paradigm shift was a double-edged sword. Military personnel joining during the “Be All You Can Be” post-Vietnam era were able to live on base housing, shop at government subsidized commissary and exchange retail outlets, and send their children to DoD (Department of Defense) schools. What had once been a shared cultural experience of service and sacrifice was now been confined to a select few, and the very benefits which make it appealing to join the volunteer force exacerbate the divide between civilians and the new warrior class which populates the modern American military today.

The numbers speak for themselves: In 2020 there were 2,395,993 personnel in the US Armed Forces. This includes the Active, Reserve, and National Guard components of the Army, Navy, Air Force, Marine Corps, Coast Guard, and Space Force. While that may sound impressive, a large majority of those men and women are part-time warriors. From a total population of approximately 329,500,000 citizens, that’s less than .08% of the country who are currently in uniform of some sort.

Inside and outside of Washington DC, you’ll hear talk of the civilian-military divide. That is, the increasing cultural, political, and generational differences between those who elect to serve and those who do not.

To-date, since transitioning to the all-volunteer force, America has deployed combat troops to Panama, Grenada, Iraq (twice), Somalia, Afghanistan, Syria, Yemen, Mali, Djibouti, and the Philippines. This doesn’t include the incessant training rotations, partnered force missions, and naval cruises around the world.

This crushing operational tempo has spawned what is in essence a separate military subculture within the American population. One where the burdens of combat deployments are borne not by a large percentage of a given generational group, but by an ever smaller cohort of professional military families. It shouldn’t be surprising to anyone that close to 80% of all service members have at least one member of their family who has previously been in the armed forces, according to a 2016 Pentagon study.

The sad truth is that as we push an ever-greater military workload on a shrinking population of military families this gap will only increase. As of this writing only 1 in 6 members of Congress have worn the uniform, down from 3 in 4 when the draft was abolished in 1973. This also applies to the children of these popular representatives.

The insular culture of the volunteer military creates an ‘us vs them’ mentality that breeds resentment, distrust, and elitism, for those in and out of the armed services.

I speak from experience here. Coming from 3 generations of military professionals, despite being told I could choose my own path after high school the real question wasn’t if I would serve, but what service I would choose.

One grandfather was an Air Corps B-24 pilot who flew over ‘The Hump’ from India to China. The other was an Air Force tech sergeant who was sent to Korea in the final days before the cease fire. My mother was a USAF Protestant Chaplain’s assistant, and my father was a fighter pilot, both of whom joined during the post-Vietnam era. Despite their best efforts to give me a ‘normal’ upbringing at bases around the world, my most vivid memories were of sitting in fighter squadrons, listening to my father’s peers talk about their exploits as they returned from missions over Iraq, the Balkans, and elsewhere around the world. Holidays were spent hearing military speeches, with flyovers, combat demonstrations, USO bands, and a whole lot of patriotism thrown in for good measure.

When it was time for me to choose my career after high school, I had no frame of reference for anything other than the armed forces. It was the only professional career I’d been exposed to, living on military installations since I was 3 years old.

We spent our young lives completely isolated from the nation we now swore to defend, living on military bases, attending military schools, shopping at the exchanges, and interacting with other military kids. Our first jobs were at the base commissary. My brother and I spoke the same language as the other children, but rarely understood what they were saying. We were aliens in our own country.

We did break the family mold however. I chose to join the Army as an infantryman in 2006. My younger brother did the same in the Marine Corps a short while after.

I can’t think of anything that demonstrates the difference between those who fight and those who don’t more than my family’s experience in 2008, when myself, my brother, and my father were all deployed to Iraq in various capacities. Needless to say our mother wasn’t thrilled.

After 20 years of war and dual losses (or at best stalemates) in Iraq and Afghanistan, the disconnects between those who start our wars and those who fight them continue to grow. Now as a war with Russia looms, it’s easy for the country to get behind the hawks who swear to defend our NATO allies to the last, but at the end of the day, they’re writing checks that will have to be cashed by the same ever-shrinking pool of men, women, and children who have been shouldering the burden of America’s foreign conflicts for the last 40 years.

This is not an argument for reinstatement of the draft, which has been universally reviled. Though if we refuse to change our current military manning template then we at least owe it to the select few who step up to defend our nation to ensure they are only employed when the security of our nation is truly at stake. We must give the American people clear justification, guidelines, and end-states for the use of our most precious resource: the blood and sweat of our volunteers who continue to wear the uniform.

Anything less would be a complete dereliction of duty.