Parris Island is mostly known as the place where approximately 16,000 Marines pass through boot camp each year. Yes, it … Continued 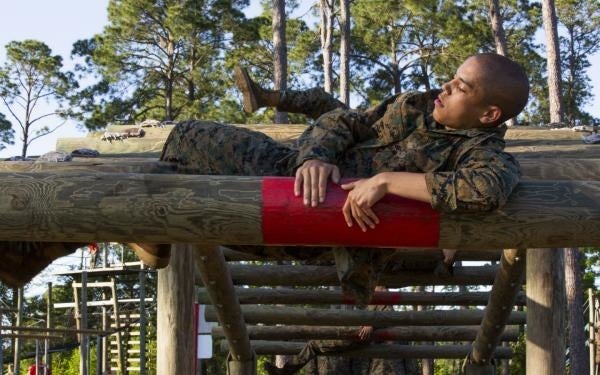 Parris Island is mostly known as the place where approximately 16,000 Marines pass through boot camp each year. Yes, it has the beautiful cypress trees and spanish moss this area of South Carolina is known for, but training Marines is the focal point.

WHERE IS PARRIS ISLAND?

The nearby Marine Corps Air Station is three miles northwest of downtown Beaufort. It is home to five Marine Corps F/A-18 Hornet fighter-attack squadrons and one F-35B Fleet Replacement Squadron.

Marines were first assigned to Parris Island in 1891, in the form of a small security detachment. Twenty-four years later, it was officially designated a Marine Corps Recruit Depot and training was continued from then on.

In 1929, the causeway and a bridge over Archer’s Creek were completed. Prior to 1929, a ferry provided all transportation to and from the island.

There are a variety of housing options in and around Parris Island. You have the option of living on base, buying or renting in the surrounding community, living in a gated community or in a home with water views.

Off-base housing offers a variety of choices including apartments, townhouses, and single-family homes. There is new construction available, as well as homes full of local, historic charm.

The cost of living along coastal South Carolina is pretty reasonable. Most military families are able to stretch their BAH to cover expenses. The median home price in Beaufort is $210,400. Home values have gone up 7.9% over the past year. Real estate experts predict home values will continue to rise another 1.4% this year.

There is a Marine Corps Exchange as well as a Commissary on Parris Island. Military families enjoy spending time at the Parris Island R.V. Park. There are 18 sites with the following amenities:

Located in the Douglas Visitors’ Center, the Java Café serves hot and cold beverages, Starbucks coffee, and grab and go snacks, light sandwiches and pizza on Thursdays. The café is closed on non-grad weeks.

The Legends Golf Course at Parris Island features a par-72 layout. This challenging course is also a scenic course, winding its way along salt marsh wetlands and deep-water creeks.

The MCRD Parris Island Brig & Brew is run by the Single Marine and Sailors program. This historic recreation facility offers a variety of weekly social and outdoor events.

Brig & Brew can be reserved for PME sessions. One stage is available for bands, functions or special events.

The summers are hot and oppressive running from May through September. The winters are relatively short, cold, and windy.

Those who love history will enjoy their time here in coastal South Carolina. Additionally, the nearby city of Beaufort is known for its antebellum mansions and sweet southern charm. This area was a staging area for both Confederate and Union troops during the Civil War. Civil War era antebellum homes and elegant plantation homes still line Bay Street overlooking the Beaufort River.

The Beaufort Arsenal, home of the Beaufort Volunteer Artillery, was constructed in 1798. After the Civil War, the Arsenal became a place for hosting social events as well as military ceremonies. Horse-drawn carriage rides offer another opportunity to learn about the history of Beaufort.

In the Lowcountry of South Carolina, shrimp and grits is a favored southern dish and can be found at pretty much any one of Beaufort’s local restaurants. Lowcountry Produce offers a southern breakfast and lunch menu and has a great selection of homemade jams, pickled goodies, fresh produce, and even local art. The Chocolate Tree, a local store, does an all-you-can-eat night once a year in the summer. Locals say it’s an event not to be missed!

In addition to the antebellum mansions and sweet southern charm, one of the most recognizable and most beloved local landmarks is the historic Hunting Island Lighthouse. Additionally, it is the only lighthouse in the state where you can climb all the way to the top.

Several big-name movies were filmed in and around Beaufort. Those films include The Prince of Tides, The Big Chill, Forrest Gump, and The Great Santini. A Hollywood Movie Site guide is available at the Beaufort Visitor’s Center. The downtown area also offers many great boutiques and locally owned restaurants.

The Henry C. Chambers Waterfront Park features shopping, art galleries, and lots of dining options. This park is also the site for many of Beaufort’s annual festivals and events. Some of the larger events include the Beaufort Shrimp Festival, A Taste of Beaufort, and the Beaufort Water Festival.

Have you been to Parris Island area? Fellow Mil-Fams need your help! Leave reviews on your housing, moving company, neighborhood, and more at PCSgrades.com.