Understanding The Brutal, Tragic Murder Of A Veterans Advocate And Friend

On Mother's Day, I learned that someone whom I consider a friend, and certainly one of the people whom I … Continued 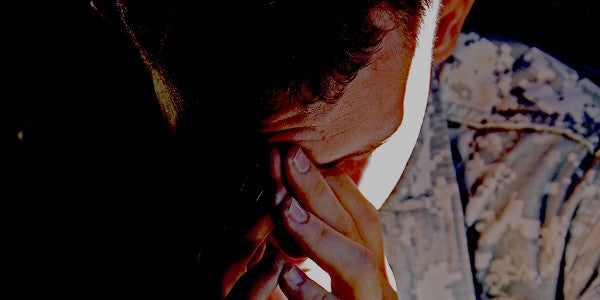 On Mother's Day, I learned that someone whom I consider a friend, and certainly one of the people whom I have most admired in my life, Cheryl Lynch, was murdered, beaten to death, allegedly by her son.

I had known Cheryl Lynch for more than 10 years. When I first met her, I was working wounded military personnel matters in a position created by then- Defense Secretary Donald Rumsfeld. The subject of traumatic brain injury at that time was little understood within the military, but with the number of concussive blasts that our deployed service members were being exposed to at the time, it was a matter that the Department of Defense could no longer afford to ignore.

“You need to talk to Cheryl Lynch,” became a phrase that I came to hear over and over.

Because of the war and the prevalence of roadside bombs, the number of service members who were suffering from TBI was going through the roof. Although not combat wounded, Cheryl's son, Chris, was a paratrooper in the 82nd Airborne who suffered a severe TBI in 2000 while on training exercises in France. Although not a trained medical professional herself, it was through caring for Chris that Cheryl developed her subject matter expertise on TBI while serving as his full-time caregiver.

Cheryl was a fierce and tenacious advocate for her son. Where many others would have given up and institutionalized their child, Cheryl pressed on, not only for Chris, but for literally hundreds of other families of combat wounded veterans coming home from the war with similar injuries.

Related: What you need to know about TBI treatment »

I was truly inspired by Cheryl, and in large part because of her, not long after leaving active duty I decided that I wanted to do more than I could in uniform by starting a nonprofit myself. Cheryl was the first person I turned to. Cheryl was absolutely critical to the nonprofit’s creation, and there is no question in my mind that I could not have done it without her.

Because of her background, Cheryl still maintained a keen business sense that was instrumental in setting the Independence Fund on the right path. Cheryl drafted the articles of incorporation and the bylaws that were adhered to for nearly eight years. Cheryl was adamant that unlike many other “for the troops” organizations whose officers were drawing six-figure salaries, the fund remain all-volunteer. Most importantly, Cheryl set the moral compass for how the fund was to be operated. “It is about making a difference, not making money,” she would often say, words that still resonate strongly with me today.

Neither of us is any longer part of the fund, but using Cheryl's initial blueprint, the fund was extremely successful raising and distributing more than $30 million in goods and services to severely wounded veterans and their families. Due to the demands of caring for Chris, and her desires to concentrate her focus primarily on advocating for those suffering from brain injuries, Cheryl left the fund in its formative stage, but so much of its future success is owed to her efforts. That is something that deserves to be known.

What also deserves to be known is that the person who now stands accused of brutally murdering Cheryl Lynch this past Mother's Day was not her son Chris. Despite the severity of his injury, Chris adored his mother. Where being around others made Chris feel like he did not fit in, Cheryl nurtured, challenged, and strove to place Chris in environments, like the annual Disabled American Veterans winter sports clinic in Aspen, where he would feel valued and appreciated for who he was and what he did for his country. In fact, just a few years ago, Cheryl was received a special award from the Veterans Affairs secretary for the advocacy work she did for those with TBI.

According to some of the other mothers of severely injured veterans who are part of this tight network of loving and nurturing caregivers, Cheryl had corresponded with some of them just hours before the tragedy and had expressed that Chris was in a delusional state. She was in the process of attempting to bring Chris to the VA, some place that he clearly did not want to go, in order to get him stabilized. This would not have been the first trip to the VA. Sadly, the fix was usually just a band aid when a far more robust treatment program like Cheryl wanted is what was called for.

In my view, Cheryl is every bit a hero as the Marine who throws himself on a grenade to save his buddies. She knew the risks she incurred in being Chris's primary caregiver. Even as she lay dying, I have no doubt that Cheryl's last thoughts were on what was going to happen to her son, and not about herself. I only hope that we may find a way to properly honor Cheryl as the hero she truly is, and to honor her memory by finding a way to get her son, and those like him who have served, the proper treatment that they deserve.

To learn more about the life and mission of Cheryl Lynch, you can visit the website of her nonprofit American Veterans with Brain Injuries.