UNSUNG HEROES: When His Bipod Was Damaged In An Attack, This Soldier Picked Up His Mortar And Fired 75 Rounds

On July 31, 2007, soldiers with the Army’s 2nd Battalion, 503rd Infantry Regiment at Vehicle Patrol Base Seray in Chowkay … Continued 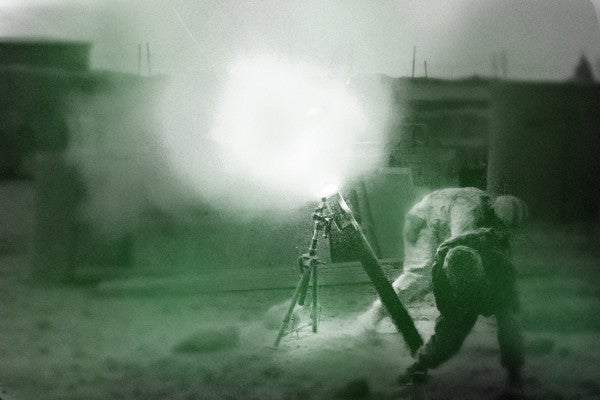 Staff Sgt. Christopher Upp led a small group of soldiers toward the mortar pit where the platoon’s 120mm mortar was positioned. Because of the weapon’s range — 7,200 meters — and its ability to fire devastating rounds without line of sight, the mortar and the men manning it became targets.

During the attack an enemy mortar round hit near the pit, killing 1st Lt. Benjamin Hall.

“A great officer was killed,” Upp told Stars and Stripes during an award ceremony on Sept. 24, 2008, where he received the Silver Star Medal for his actions that day. “This is for him really.”

Related: UNSUNG HEROES: This soldier killed 11 insurgents while bleeding from a severed artery »

His citation goes on to note that Upp ignored his own wounds and helped carry his fallen commander to the awaiting medical evacuation, refusing to leave the patrol base in order to stay behind in case the enemy attacked again.

According to Lt. Col. Bill Ostlund, the unit’s battalion commander, the most dangerous place on a U.S. compound was the mortar pit.

“They (the mortar pits) were always targets,” said Ostlund. “Because they’re what kept off the bases.”