Why Is The VA Appeals Process Broken?

This past January, the Department of Veteran Affairs released a 44-page report, titled “Veteran Appeals Experience: Listening to the Voices … Continued 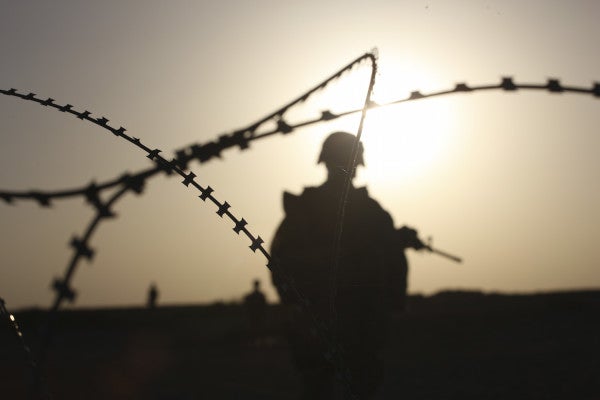 This past January, the Department of Veteran Affairs released a 44-page report, titled “Veteran Appeals Experience: Listening to the Voices of Veterans and Their Journey in the Appeals System,” which sought out to do just that: Listen to the veterans who are currently in or have gone through the appeals process with the hopes of discovering the best way to overhaul the system. The report drew from the accounts of 92 veterans in 21 states, from World War II to today’s ongoing conflicts in Iraq and Afghanistan, with the hopes of addressing the current problems with the process and creating solutions to fix them. I had the opportunity to be one of those 92 veterans.

Last November, I received an email from the VA asking if I’d be interested in discussing my experience with the appeals process for an upcoming report being conducted by the VA’s Center for Innovation.

Since I had previously lobbied with Iraq and Afghanistan Veterans of America toreduce the claims backlog in 2013 and been through the claims process myself, I had some familiarity with that part of the process. However, now that I was over two years into my own appeal — a process I knew nothing about — I thought this would be a good way to learn more about this ever-increasing challenge from the VA itself, while also being able to vent about my frustrations with the process.

The VA staff conducting the interview insisted that I be blunt, so I pulled no punches during the interview. When the report was released, though, I was shocked to see that the VA was just as candid in their report as I was in the interview. Regarding the appeals process, they boldly admit, “the system is broken.”

Related: The 4 key things that must be proven in every VA benefits claim

Here’s what the report found:

Let’s start with the good news.

The purpose of hearing what actual veterans in the appeals process are going through is the first phase of a user-driven design process called human-centered design. If, like myself, this is the first you’ve heard of human-centered design, it is a “holistic approach to design takes inspiration from real people, works within market and technological constraints, and considers every product touch-point as an opportunity to surprise, delight and deliver benefits to users.” This sounds like the antithesis of what the VA has historically offered its clients, but considering this approach has been embraced by high-performing companies such as Warby Parker, Pinterest, AirBnB, Google and others, it seems like a step in the right direction.

Also, VACI, the five-year-old team within the VA that conducted this report, is tasked with driving innovation with a strong commitment to a veteran-centered approach to service delivery. This is encouraging because it sounds precisely like what the administration needs since it has repeatedlystruggled to keep up with modern technology — much to the chagrin of the veterans that seek its assistance. The VA’s work will be cut out for them, however, since this approach will be taken up to solve the problems they admit were not easy to hear from the veterans themselves.

Of the more than 1 million veterans who file disability claims each year, approximately 10% of them will appeal the decision made on their claim, either because they disagree with the decision, don’t understand it, or are simply exercising their right to do so. However, according to the report, “whether they know it or not—they will enter into a process that takes years, sometimes decades, to complete.”

There are currently over 440,000 veterans who have appeals pending, 80,000 of whom have claims over five years and 5,000 with claims over a decade.

This is due to a myriad of reasons; the most notable being that the current appeals process, which was created in 1933, has “permutations in the millions” making “the process … barely comprehensible to experts and completely opaque to the Veterans who depend on its outcomes.” For those experts, there is over 921 linear feet of reference material they may have to consult for every single claim; that is taller that the White House, Statue of Liberty, and Washington Memorial stacked on top of each other. For the veteran, that means, “everyone will have to jump through hoops, absorb dozens of letters, fill out confusing paperwork, and learn to live with waiting. They’ll have ‘to fight.’” And, despite veterans service organizations, the VA, and veterans “working harder than ever,” the VA admits they “are still losing ground.” The appellate processing time has tripled to over 1407 days since 1991. That is 42 days longer than the entire U.S. involvement in World War II.

In theory, the appeals process “should create one of the most applicant-friendly systems” in the VA. However, “in reality, VA employees know they wrestle with a jumbled process, limitless in its complexity and repetition” and “see a complex, multi-stage, and non-linear monster” that “fails to provide the results Veterans need in the time they need them.”

For instance, things like the Open Record, which allows veterans to add evidence at any time in the process to provide extra clarity or strength to their case, seems like a great idea, but what they don’t say is that if the veteran does submit new evidence, the claims review process starts all over again.

The VA was brutally honest in its assessment of its own shortfalls, and gave veterans a chance to share their experiences throughout the appeals process in this report. What will be most telling, however, will be whether or not it follows the next two steps of the human-centered design: The development of a product that alleviates stress for veterans and addresses their needs in a timely manner, as well as the delivery of the product to the veterans it seeks to help. Without those, a system that expects our veterans to continue fighting throughout their appeals process for years will remain in place and that is simply unacceptable.

Department of Veterans Affairs
derek coy
Iraq and Afghanistan Veterans of America
va center for innovation
Veteran Appeals Experience: Listening to the Voices of Veterans and Their Journey in the Appeals System