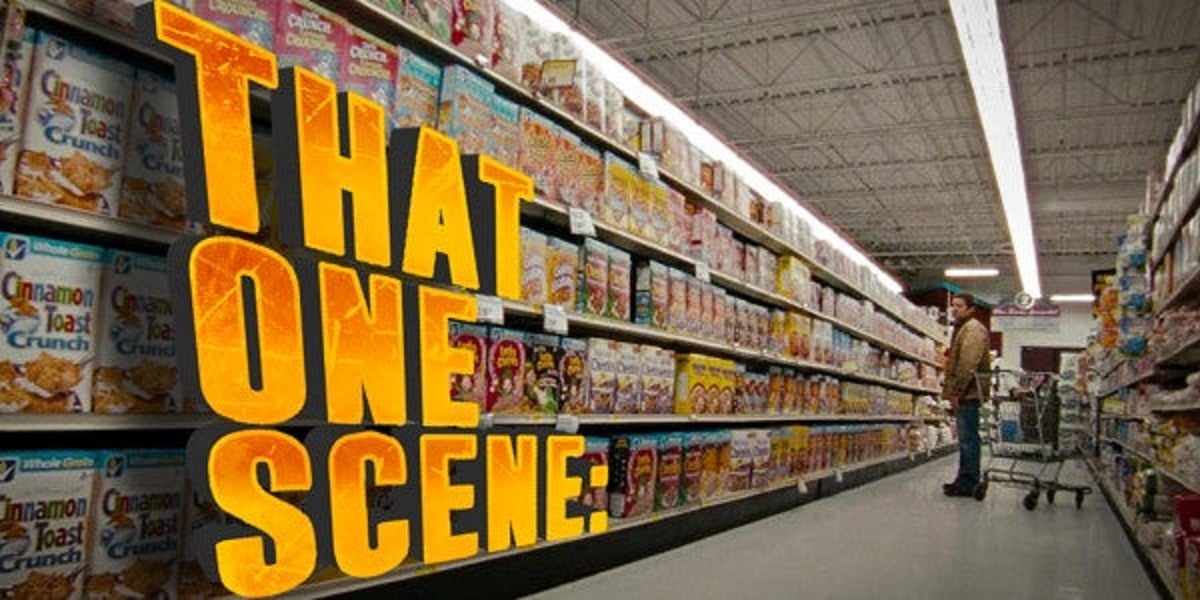 Welcome to That One Scene, a semi-regular series in which Task & Purpose’s senior reporter, James Clark, waxes nostalgic about that one scene from a beloved (or hated) military movie.

Easily the most divisive post-9/11 era war film, Kathyrn Bigelow’s 2009 military drama is a bit of a conundrum.

For those who don’t know, or who have banished it from memory, The Hurt Locker follows a team of Army explosive ordnance disposal techs led by Staff Sgt. William James, a hot-headed cowboy played by Jeremy Renner, during the final days of their deployment to Iraq.

The Hurt Locker blasted its way onto screens as the United States was in the midst of drawing down its troop presence in Iraq, even as the country reeled from sectarian violence, and terms like “IED,” “EOD,” and “spotter” had made their way into the American lexicon. When it premiered, the war in Iraq still managed to net a few minutes of nightly news coverage and had not yet faded to background noise.

From the outset, the film successfully garnered acclaim from critics, taking home six Oscars, including Best Picture. But within a few years, the military and veteran community started to weigh in, and they didn’t stop. Where one critic might compare Renner’s EOD tech to “a surgeon who focuses on one part of the body over and over, day after day, until he could continue if the lights went out,” a veteran viewer might look at the character as little more than a caricature, or “a toolbag idiot,” as an Army EOD buddy of mine once put it.

The Hurt Locker went from being considered the movie about the Iraq War to a two-hour-long instructional video on how to overdramatize what’s already one of the most dramatic events one can participate in: War.

And while the list of mistakes scattered throughout the movie is long, ranging from those only a bomb tech would pick up on to the outright farcical, I’m not going to beat a dead horse (If you are looking for a tirade about everything The Hurt Locker got wrong, you can find that here). Instead, there’s one scene that nearly every veteran or service member will pause mid-rant to defend, and it takes place at the very end of the film — not in Baghdad, but at a grocery store back home.

The scene, just a half-minute long, is heavy-handed, like so much of the film. But where the rest of The Hurt Locker feels too over the top to be relatable, this quiet moment at the supermarket is just that. In fact, it’s the single most relatable part of the entire movie.

Whether you deployed for six months or a year, spent more time shooting the shit than a rifle, took fire or quietly manned a desk at a sprawling base in the Middle East, you can probably imagine what’s going through Renner’s mind at that moment. Chances are, you’ve thought it yourself: What the hell am I doing here?

After spending so long adjusting to a different kind of normal — in the protagonist’s case, one where even the smallest choice has the deadliest of consequences — doing something as simple as picking out cereal is a staggering reminder of just how divorced he feels from the life he’s returned to.

“It’s probably the single scene that they talk about the most, which is surprising to me,” he said in a 2010 interview with the Los Angeles Times. “It really seems to ring true to a lot of them in the sense of capturing that feeling of being lost when you come back to a normal life.”

In talks with other veterans, the same themes began to emerge. Renner’s character “just spent a year deciding between life and death, and to a point, that was almost calming or normal for him,” one Army vet told me. “Now when he comes back the true sense of normal becomes the most overwhelming and uncomfortable feeling in the world.”

What makes the scene so impactful is how universal it is. You could replace the grocery store with an uncomfortable ride home from work during rush hour traffic, or the nervous shuffle through a crowded farmer’s market, or the unintended flinch as a low-flying plane passes overhead — that same sense of disconnect and unease would be there. This is often compounded by the pace at which service members in the Forever War-era deploy and return home, taking off from an airbase in Iraq or Afghanistan and arriving back in the states within a day or two, swapping a rifle and flak for household chores and grocery lists.

For me, it was trying to plan a road trip with my girlfriend at the time, now wife, right after my second deployment. Being asked to make even the simplest of decisions, like where to stop for lunch, would make me feel flustered, and then overwhelmed. At least overseas someone else was calling the shots, and all I had to do was what I was told. I’d gotten so used to just going with the flow — even if that flow led me into terrifying situations — that actually having to make a choice felt paralyzing.

The brief moment at the supermarket, despite its relative mundanity in a film filled with high drama, massive explosions, and caricatured soldiers, ends up being the most impactful in the entire film. Renner’s character, despite being emblematic of everything wrong with post-9/11 cinema, is no longer the larger-than-life action hero, all bullshit and bravado. He’s suddenly rendered insignificant and vulnerable, brought low by neat little rows of Lucky Charms and Cheerios. He’s disconnected, drifting through everyday American life, surrounded by people and completely alone. Despite The Hurt Locker‘s numerous flaws, the moment is real, honest, and powerful.

This feeling isn’t permanent; it ebbs and flows like so many others in life. But when you’ve normalized war, that sense of “normal” we idealize just isn’t anymore. And like Renner’s bomb tech at the grocery store, at that moment, it feels like going back there would be easier than trying to find your place back home.

Related: Here’s why ‘The Hurt Locker’ is the worst war movie of all time