When did Keanu Reeves become such a badass? A recent YouTube video shows the 51-year old action star tearing through... 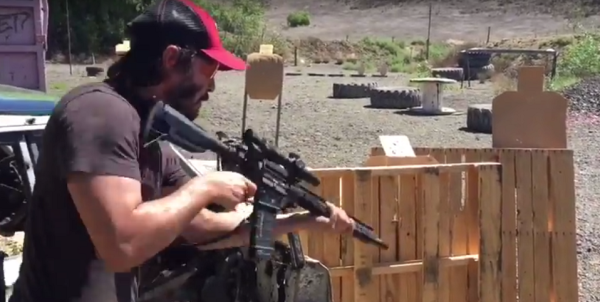 When did Keanu Reeves become such a badass?

A recent YouTube video shows the 51-year old action star tearing through a 3-gun relay drill, and looking operator as fuck, with a full beard and baseball cap.

The video by Tarantino Tactical is aptly titled “Keanu shredding” and was uploaded to YouTube on March 3. While his face is not entirely visible in the video, another clip shows Reeves and Jessica Hook, a professional shooter, at the same range wearing the same clothes.

For a guy whose early career consisted of him saying “whoa” a lot and continuously brushing long hair out of his bewildered face, it’s hard to imagine him actually running through a drill with a rifle, a handgun, and a shotgun in under a minute. But he does.

And he manages to put two or three rounds into each of the targets, at one point throat-punching a dummy before unloading with his pistol.

Check out the video below.