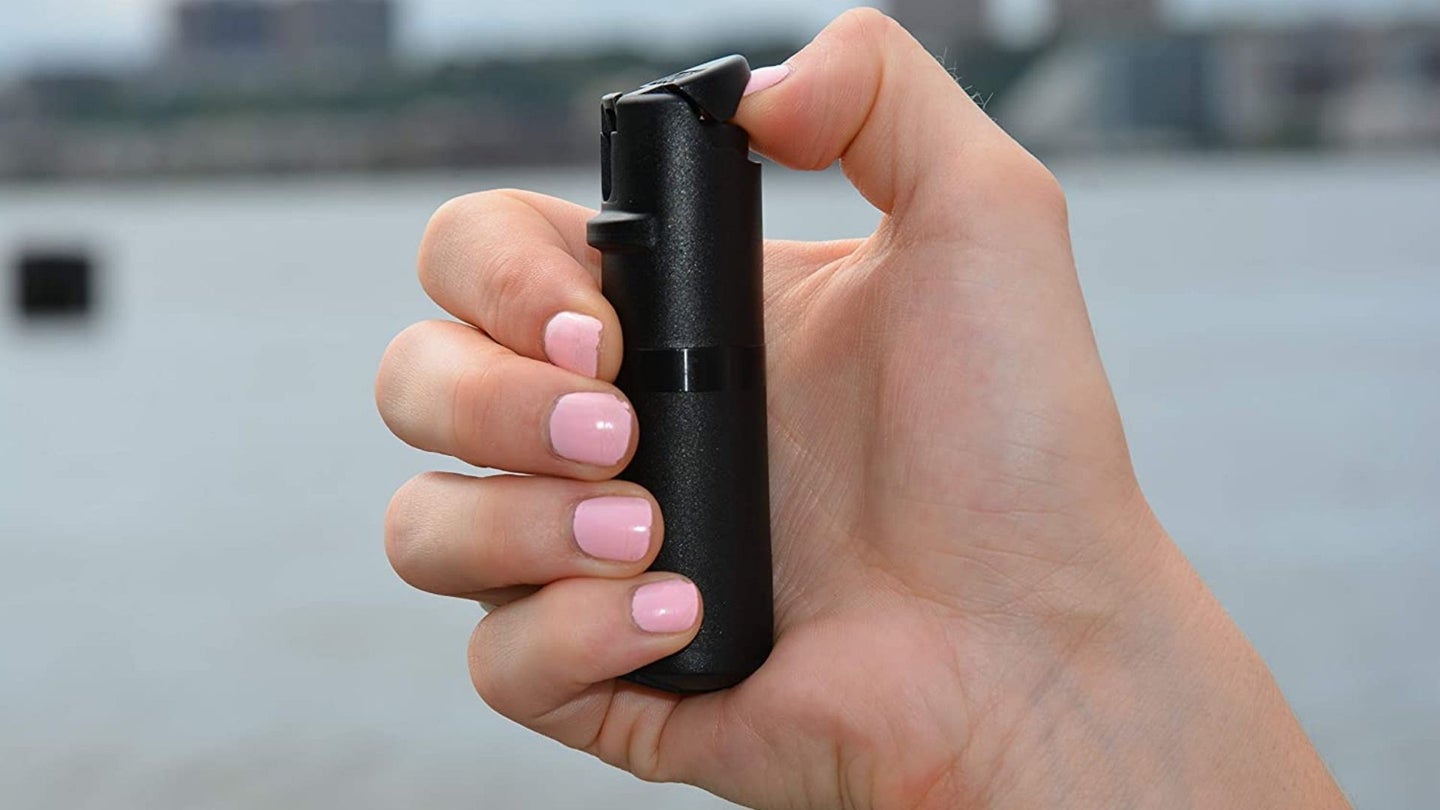 The best pepper sprays that pack a punch

Pepper spray is a nonlethal self-defense measure that you can take just about anywhere.

The logic goes something like this: you can protect yourself better with a fist than a finger, and better with a firearm than a fist. That’s true, but you don’t have to make a direct leap from unarmed to packing heat. Pepper spray can be an extremely effective means of self-defense. It opens you up to fewer legal implications than carrying a firearm or knife, and creates an opportunity for you to escape dangerous situations without escalating to the use of deadly force. In the case of animal attacks, it can actually be more effective than a firearm. Encounters with large predators like bears can typically be resolved better by deterring them than forcing them to commit to a fight to the death (which, spoiler alert, you probably aren’t going to win).

Pepper spray comes in many forms, so read up on some of the best options out there to find one that works for you.

Sabre Red takes the proven success of pepper spray and raises the bar with an improved formula that offers even better protection. Rather than an aerosolized mist, Sabre delivers the same effective pepper blend in a gel that’s easier to control, less affected by wind, and sticks to targets for a lasting impact. The gel is effective up to distances of 18 feet and the effect is focused enough for indoor use. Even after it’s wiped away, ultraviolet dye remains so police can use a blacklight to identify perpetrators who flee the scene of the crime. The 1.8-ounce bottle contains about 18 bursts. An intuitive safety shield prevents accidental discharge. This option isn’t as discrete as some of the alternatives and it comes with a holster rather than a keychain, but we appreciate having the extra punch when it’s needed most.

It’s hard to find a better value in pepper spray than this kit from Armadillo Defense. For about double the price of a basic container of pepper spray, you’ll get two pepper spray dispensers and two emergency alarms. All are compact and come with an attached keychain. Safety mechanisms prevent accidental activation of either. The pepper spray dispensers are effective up to ten feet away and contain ultraviolet dye to mark assailants for easy identification. Alarms sound a 130-decibel siren to startle would-be attackers, draw attention, and call for help. It’s always a good idea to give yourself multiple layers of defense, so we like seeing these two items sold together.

If you spend enough time in bear country, you’ll see plenty of savvy outdoor enthusiasts carrying Counter Assault bear spray. Bear spray is the preferred self-defense tool of many hikers, campers, hunters, and anglers–and for good reason. This blend of eye, nose, and skin irritants is potent enough to overwhelm a bear’s eyes and nose long enough for you to escape. Each 10.2-ounce can is capable of spraying up to 40 feet for eight seconds. Unlike a firearm, which requires precise shot placement under duress and can be slow to stop a charging animal, this spray works immediately to stop predators in their tracks and cause them to run away rather than attack. Effects are temporary and will not injure wildlife. This spray is also recognized by the EPA as being ozone-friendly. At this price, it’s an easy decision–better safe than dinner.

Chances are, Pom pepper spray is what you had in mind when you started your search for personal self-defense options. This compact dispenser costs less than $15 and takes up about as much space as a tube of chapstick. Inside is a strong mix of irritants designed to stop an attacker in their tracks. The durable housing protects the pepper spray inside and a flip-top safety mechanism keeps the trigger secure until you need to use it. A finger guard helps you get a firm grip and keep your hand out of the way of the nozzle. A built-in clip is provided to attach this to your belt or purse strap for quick access. This option provides enough pepper spray to reach ten feet for ten seconds. A range of colors are available to help you keep track of multiple dispensers. Even though range and capacity are limited, this is a great tool to have as part of your EDC.

This Mace spray gun makes pepper spray more accurate by incorporating a housing that works like a handgun. The barrel is orange to make it clear that this isn’t actually a firearm. Inside is a cartridge of Mace pepper spray that’s activated by the trigger. The thumb safety will be familiar to anyone with experience handling firearms. This design lets you accurately deploy pepper spray at ranges up to 20 feet and use greater precision. The frame includes a built-in LED light to disorient attackers and help you see in the dark. You’ll also get a water cartridge so you can practice your aim. A picatinny rail is featured, but you probably don’t need to go mounting anything on this unless you want a stronger light. All this costs more than standalone pepper spray, but it’s nice to have the additional control this offers when portability isn’t your primary concern.

The PepperBall LifeLite is a premium pepper spray option that can be refilled and reused. The durable launcher contains a 350-lumen light to help you find your way at night. In an emergency situation, you’ll have the ability to fire five pepper balls up to 60 feet to ward off a threat. When fired, pepper balls break on impact and create a 12-foot cloud of eye, nose, and skin irritant. A laser pointer activates as soon as the safety is switched off so you can aim accurately. Propulsion comes from a small, single-use air cartridge in the handle that should be replaced after five shots. This launcher comes with three cartridges, two batteries for the flashlight and laser, five pepper balls, and ten dummy rounds that you can use to practice. We’ll be the first to admit that this is a lot of money to pay for pepper spray, but the capabilities are far beyond what you’ll get elsewhere. It’s also worth pointing out that this is the farthest-reaching and most accurate option on our list.

Related: The 6 best pocket knives for your everyday carry

Escalation of force exists for a reason. The less force you have to use to successfully escape danger, the better. Even lawful self-defense with a firearm can be financially crippling, so give yourself a chance to resolve conflict without deadly force. Many places that do not allow firearms do permit pepper spray. Carrying a handheld dose of pepper spray provides an extra layer of defense in situations where other means aren’t permissible. There’s also the added benefit of portability: Pepper spray can be as small as a roll of breath mints. Throw some in your pocket or glove box and have it with you at all times. Smaller sizes aren’t necessarily less potent than larger ones, either; they just don’t contain as much volume.

In addition, it’s affordable: We found quality pepper spray for less than $15. Good luck finding a firearm or monthly gym membership for that amount of money. For what you’d pay to eat dinner at a restaurant, you can give everyone in your family a self-defense tool that could save their life. That’s more than we can say for loaded nachos.

The least expensive pepper spray will cost you less than a tank of gas. For $20, you’ll get a small dose that you can carry almost everywhere. Priced between $20 and $50, midlevel pepper spray offers more advanced formulas and more powerful delivery systems. At more than $50, Premium options include reusable pepper ball launchers that offer increased range, precision, and durability.