You can now rock workout gear in the PX, no matter what your first sergeant says

'This was a concern that came to the Secretary’s attention during his visits to military service members around the world that he wanted to address.' 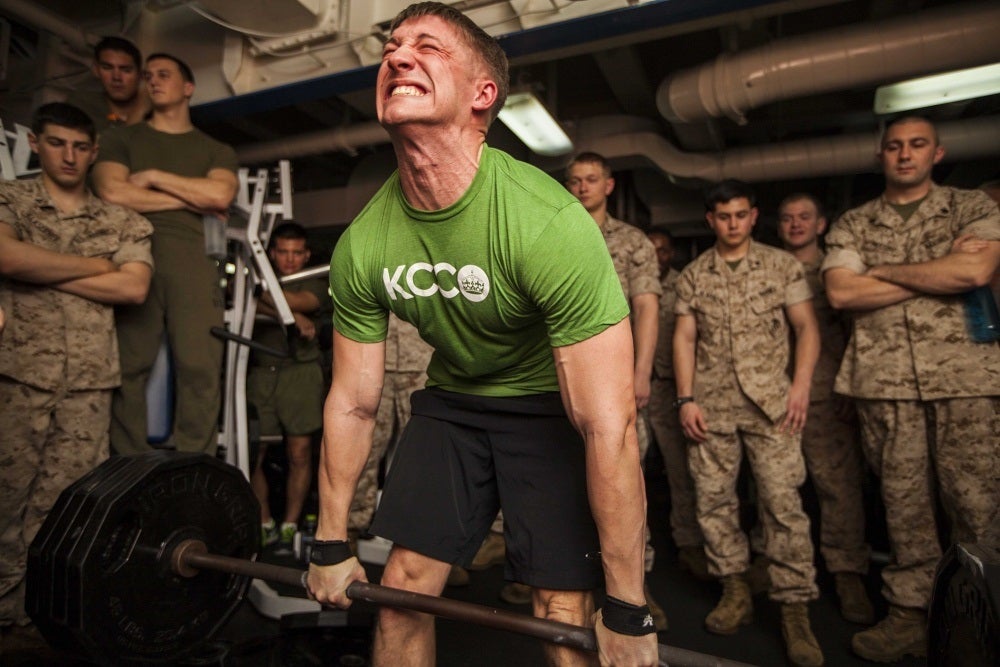 Do you hear that? That’s the sound of thousands of first sergeants screaming at the ceiling.

Service members are now allowed to go straight from getting swole to shopping at base exchanges and commissaries whilst wearing their PT gear under a new move that attempts to give troops a modicum of human rights.

Defense Secretary Mark Esper – whose passion for physical training burns hotter than 1 million suns – recently announced the change in a Nov. 2 memo, which also made clear that troops must wear workout clothes that are “clean, serviceable and in good condition, and appropriately modest.” (Hear that guys? No midriffs or banana hammocks.)

However, Esper also added one caveat, hereafter referred to as Article 134 of the PT gear memo: “The Secretaries of the Military Departments are authorized to make exceptions to this policy for Service members based on mission requirements and the need to maintain good order and discipline.”

Until now, troops risked getting an ass-chewing if they tried to shop at the PX while wearing their workout attire.

Esper’s memo has been widely circulated on social media, spreading at the same speed as news that the Berlin Wall had finally been opened.

“This was a concern that came to the Secretary’s attention during his visits to military service members around the world that he wanted to address,” Supple said.

But as of Wednesday, service members will still get chewed out for walking on grass or putting their hands in their pockets.