JOB ENVY: 2 Navy Vets Now Thriving In The IT Field

Editor’s note: Committed to filling its ranks with talented members of the military community, EMC is a Hirepurpose client. Learn... 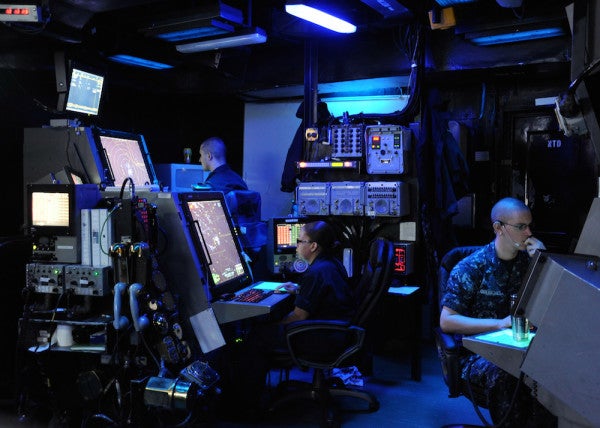 Editor’s note: Committed to filling its ranks with talented members of the military community, EMC is a Hirepurpose client. Learn morehere.

Michael Rudisill, 42, and Sylvia Shoemaker, 33, are both Navy veterans who left the service to pursue new careers that were equally rewarding and engaging. Shoemaker pursued a bachelor’s degree in computer science, while Rudisill focused on network security. While each individual took a different education path, those paths ultimately led to them to EMC’s Global Services Associate Program where they are now both technical support engineers in EMC’s Unified Support Division in Raleigh, North Carolina.

Rudisill and Shoemaker recently spoke with Task & Purpose to discuss their transitions out of the military and why EMC is a great company for veterans.

Their paths to the Navy.

While in the Navy, Rudisill was an air traffic controller, a job he says he wanted to do even before he graduated high school. He joined the Navy following a long family tradition of military service. After 20 years of service, he retired as a chief petty officer. “I did my commitment to the service, but it was about time to move on,” he says.

Shoemaker joined the Navy in her mid-20s because, in her words, “I didn’t want to be a waitress the rest of my life.” She was looking for something that would challenge her.

“The Navy provided me with a stronger work ethic and the drive to accomplish my goals,” Shoemaker says of her time in the service.

In the Navy, Shoemaker was a weather forecaster and oceanographer, a job that allowed her to employ her natural curiosity and provide tactical forecasts to people while ensuring environmental safety during missions. However, after starting a family, Shoemaker decided separate in order to spend more time with her children. She needed to find a new career that could continue to foster her passion for problem-solving.

Prior to retiring, Rudisill says he had no clear direction of what he wanted to do in his post-military career, which led him to get an associate’s degree in general studies from Vincennes University in Indiana. “I wanted to be the first person in my family to get a bachelor’s degree,” he says.

Over time, though, he was drawn to the information-technology profession by friends and family who told him about the benefits the industry offers. “With the advances in technology, I’m not going to be left behind in the IT field,” Rudisill says.

Rudisill is now two classes away from attaining his bachelor’s degree in network security from ECPI University.

Shoemaker, who also received her bachelor’s degree from ECPI University, wanted to focus on computer science because of her natural inclination to look at a problem and figure out how to quickly resolve it.

Both Rudisill and Shoemaker, now employees of EMC, are essentially problem solvers for their clients.

In August 2014, Rudisill and Shoemaker were recruited by EMC, a leading global technology company focused on big data analytics and cloud computing, for the company’s two-year Global Services Associate Program. This program enables EMC to recruit and onboard hundreds of bright, enthusiastic associates globally each year. The program recruiters seeks motivated candidates ready to either begin or take the next step in their careers. In this program, trainees receive a solid foundation of role-based training in technology, services, and best practices within the focus of information technology. According to Daryl Colborne, the manager of recruiting for the Global Services Associate Program, it’s a fun, engaging, team-oriented learning experience where new hires establish a network of peers from across the globe.

Following an eight-week boot camp, Rudisill and Shoemaker “graduated” in September from the initial stage of the program with a class of all veterans, and now work in EMC’s Raleigh/Durham office. As technical support engineers, they troubleshoot issues and answer questions for customers about products that EMC provides to its clients through phone support and email. Specifically, they surf through their division’s service request pool and provide solutions to specific cases that are in each of their respective specialties. “The cases can range from fixes that are routine for the most part … or some cases make take as long as a day,” Rudisill explains.

Shoemaker says she love her job because she loves helping people solve their problems. Additionally, “EMC has a very strong focus on their employees ensuring not just that they have what they need at work, but providing the resources to be happy outside of work as well,” she adds.

Both Rudisill and Shoemaker advise veterans and transitioning service members to network with everyone before transitioning to explore post-military career options. Additionally, they both say, start preparations for transition as early as possible. You can never be too prepared.