Alright, go ahead and make your "Lost LT" jokes. 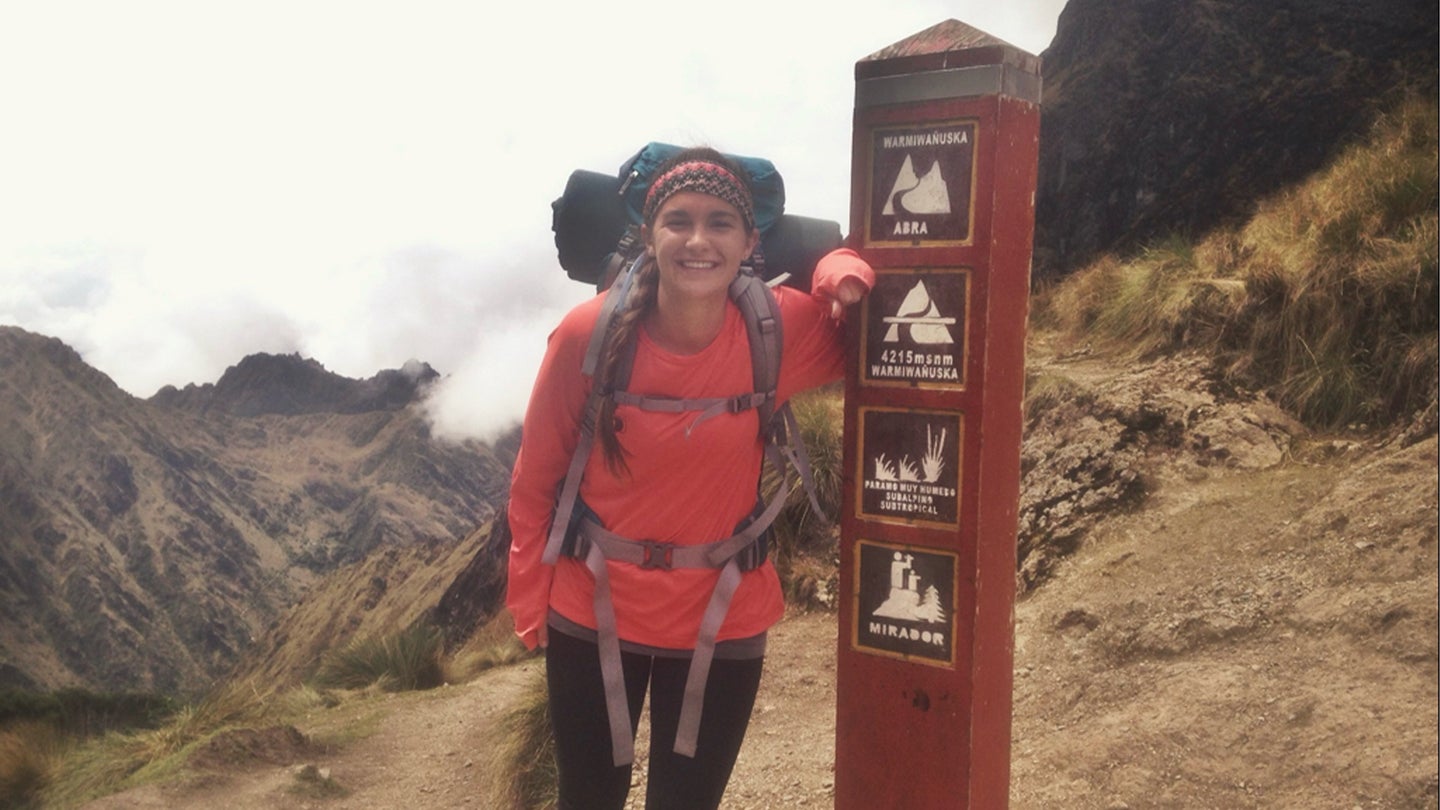 On the second day of the trip, with a section of the trail washed out by rain, the group became lost and stranded, necessitating a rescue that wouldn’t come for two more days. In the interim, Stuber said she credited the skills she had learned at officer candidate school with helping keep the group safe and saving her life.

Now, go ahead and get your jokes out ahead of time — yes, the “butter bar” lieutenant was lost in the desert — but it’s actually quite a harrowing story of how quickly a trip like this can turn dangerous if you’re not prepared.

The trip began on Aug. 21, 2021, with Stuber planning to make the hike with her sister, cousin, cousin’s wife and two family friends. A few days prior, the National Park service had changed their planned route because of recent rains. The new trail they would be following hadn’t been looked at since before those rains struck.

On the second day, it was soon apparent that large sections of the trail had been washed out. The group continued navigating down a particularly steep section, though, even as the situation became more untenable.

“Behind us, a nearly vertical climb. In front of us, nothing but loose rocks from an apparent rockslide roughly 50 meters wide and 400 meters in length,” said Stuber in a personal account of the hike.

Without enough rope to safely make their way back, the group pressed on until they reached a steep dropoff. With the sun rising, the group tried to find some shade. The trip down the mountainside had taken its toll, though, and the group only had 1.5 liters of water left to divide between six people.

“At this point, my Army training was being used in full force,” said Stuber.

Once the sun began setting, Stuber sent out a “reconnaissance team and established a ‘patrol base’” at the flattest spot they could find – a large rock that provided shade, a flat area to try to signal for help from the helicopters they could see periodically flying over.

“I pulled out my rite in the rain notebook (the same one from Phase 3) and began writing logs of the times we saw helicopters and what they looked like, all while we signaled for help with our reflective gear. Once the last helicopter circled the Canyon without noticing us, I used a chem-light to signal the center of the patrol base,” said Stuber.

Before sunrise on Aug. 23, Stuber made a list of “priorities of work” including making a colorful signal to lay out and clearly marking the edge of the nearby dropoff. Food was sorted to help reduce dehydration and water was rationed. Stuber also started tracking helicopter patterns.

By midday, though, it was clear that the helicopters were for tour groups and would not notice them, and that park rangers would have no way of knowing they were in distress.

“I heard the voice of one of my OCS cadre saying, ‘I’m going to be so mad at you if you don’t even try to survive this. I knew we were approaching a crucial tipping point – if someone was going to hike out, it had to happen now,” said Stuber.

She repacked her ruck with only the bare essentials – a woobie, empty water bladders, medical supplies, minimal food (a stroopwafel, pack of peanut butter and a cliff bar), a headlight, a gerber and a few other small items. The group also divided what was left of their water, a little less than a liter overall.

“Leaving a five-point contingency plan” said Stuber, “I took the two who were in the best condition with me as my ‘security element’ to scale back up the rockslide so they could have eyes on me getting to the top uninjured,” said Stuber.

Despite the dangerous climb, Stuber was able to make it to the top with her fellow hiker giving guidance on what rocks looked sturdiest.

At the top, Stuber called back to her cousin with an important part of the contingency plan.

“If he didn’t hear from me or a rescuer by the following day they should leave all their gear and attempt the climb as well,” said Stuber.

Already dehydrated and exhausted, she now had to hike almost five miles to the nearest water source.

“That level of physical strain was a challenge I learned to push through during our 12-mile ruck training in OCS,” said Stuber.

She used her pace count to keep track of the distance she was covering, making sure to limit her water intake. Reaching the water point just after dark, Stuber filtered some and, ensconced in the ever trusted woobie, rested overnight.

At first light, now the third day that her group was stranded, Stuber started making her way up the 1,400 foot switchback trail leading out of the Grand Canyon. About 30 minutes from the top, Stuber encountered two more hikers.

“Soon thereafter, I was using terrain association to show park rangers and the pilot exactly where the other five were stranded,” said Stuber.

Around 1 p.m Grand Canyon Emergency Services used a helicopter to drop in a park ranger to bring the group water and help them get ready to evacuate.

“When I was still waiting for the helicopter to deliver the group water and get them out, the first person I actually spoke to was Capt. Kristopher Mall, my senior platoon training officer from OCS. I told him that I would have been dead if it wasn’t for the training he and other cadre provided. I meant it then, and I still mean it today.,” said Stuber.

Dehydrated, cut up and bruised, Stuber and the rest of her party reunited that evening and remained in Arizona for a few days to recuperate.

In this case, it’s good to know that someone was paying attention during OCS and could apply those skills, even off duty.

And for any future lieutenants fretting about their land navigation skills? The Army is making it a priority and bringing it back to the Basic Leader Course, the 22-day school for junior leaders required for promotion to sergeant.