The Case For Tactical Patience In Junior Officer Development

In the 2013 pamphlet, “The Army Leader Development Strategy,” the Army identifies three lines of effort — training, education and... 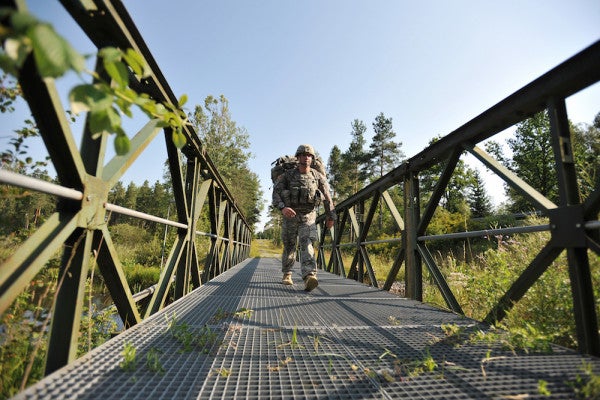 In the 2013 pamphlet, “The Army Leader Development Strategy,” the Army identifies three lines of effort — training, education and experience — that should be the primary focus of leader development. As the future of the Army as a whole and of their respective units, junior officers often become a focus of battalion and brigade programs. Of the three pillars, experience is the one that most junior officers lack. In an effort to rectify this, commanders rush junior officers into leadership positions thinking that this is the best way to develop them as quickly as possible.

There are many issues with the decision to rush young officers into leadership positions. I have observed that often when young second lieutenants come into a unit, the command feels that it must rapidly get them down to a platoon or a leadership position. This approach gives little consideration to the effects on both the officer and the organization and does not evaluate if they are ready for such responsibility. Instead of rushing officers into leadership positions that they are not ready for, commanders must exercise tactical patience. In most cases, it would serve both the officer and the organization better to place new officers in a staff role for a time period.

Unless they are prior service, most new junior officers arriving to a unit tend to have only the skills they learned at a basic course, and often, they improperly integrate those skills into the larger, more complex company and battalion operations. Because they are coming from the clean, schoolhouse environment, they often lack the experience to recognize how their actions at the platoon level actually affect a battalion’s operations (i.e., why they are being told to stand at a crossroad for hours on end).

The biggest danger to their development, and possibly the more damaging issue, is that many new officers enter the military with mixture of immaturity, a lack of judgment, and a lack of confidence. They are easily influenced by enlisted personnel, and sometimes fellow officers, with various degrees of knowledge and ability. This influence negatively affects how this new officer perceives the military as a whole and even the purpose of assigned missions. Because these influences often lack a broad perspective, they can cause juniors officers to think that higher headquarters does not care about the soldiers and have no idea what they are doing. In most cases, this just delays and hampers the officer’s development.

We all know the many jokes about platoon leaders just staying out of the way of the platoon sergeant and allowing the noncommissioned officer to run the platoon. These jokes and stories illustrate how second lieutenants lack experience, and unfortunately, pushing them into a position before they are properly prepared only reinforces this.

In his paper submitted to the 2010 MacArthur Leadership Writing Competition, “Is Experience the Missing Link in Junior Officer Development?”, Maj. Adam Wojack writes, “Trained and educated, but inexperienced, junior officers are perhaps not the optimal problem-solvers required to defeat our ‘agile and adaptive’ adversaries.” Often, they are technically and tactically proficient, but lack the mental or emotional development coming directly out of a school environment.

The following two case studies highlight the dangers of sending young officers straight from school into a leadership position. The first study is an officer I served with while deployed. The second is based on my own experience as a junior officer and what happened during my time as a platoon leader. In both cases, there was initial failure because we lacked maturity to properly conduct our duties. After serving on staff for some time, we returned to leadership positions and performed extremely well.

Platoon Leader #1 was a hugely talented infantry officer. As soon as he arrived to the unit, he was sent down to the infantry company, where he spent a majority of his time with junior enlisted and young NCOs. Many younger soldiers lack an understanding of how a platoon’s actions integrate with the overall mission. To be blunt, some of them have nothing but discontent toward the higher echelons due to a lack of understanding of their missions. Young officers will listen because we as leaders are taught to listen to our soldiers.

Due to Platoon Leader #1’s impressionability, he began to internalize his soldiers’ negative points of view. He openly complained about “pointless missions” and failed to complete tasks that he did not believe were important. His platoon displayed discipline issues ranging from improper body armor wear during missions to one soldier being removed from the squadron due to improper treatment of an Iraqi civilian. After a couple of months, this officer’s actions became an issue to the point that the command relieved him of his duties. He was sent to the staff for two months to “reset” himself.

He received another platoon after this period and he finished the last three months of our deployment without incident. By all marks, Platoon Leader #1 became a successful platoon leader the second time around. However, his attitude and outlook toward his career in the Army was permanently impacted and he ultimately requested to be transferred out. The Army lost a potentially great asset.

In my own case, I came into the squadron and was immediately placed into this leadership role, establishing myself as one of the top platoon leaders in the squadron prior to the unit’s Joint Readiness Training Center, or JRTC, rotation and deployment. Despite my success in garrison and field exercises at Fort Bragg, once my platoon and company started to feel the stress of more intense environments of a JRTC rotation and deployment, my effectiveness as a leader decreased. Discipline issues increased within my platoon, as well as lost equipment and open arguments among the leadership during missions. Lots of things can be factored into this. I attribute most of the failures to my inexperience, lack of maturity, and negative impressions. I had, early on, established a command climate that was soft on discipline and hid behind “taking care of” my soldiers. This equated to me listening, but not being able to filter my soldiers’ complaints against the mission requirements and needs of the unit.

After I was moved to the operations shop, I interacted on a more personal level with other senior officers and NCOs. I bounced ideas off of them and drew from their experiences. I sometimes failed at projects, but with fewer consequences due to the staff safety net. I was able to see how a platoon’s actions meshed with higher headquarters’ missions and the commander’s intent. This experience paid massive dividends when I was given a specialty platoon a year later.

As demonstrated in the two described examples, most second lieutenants coming into the Army would benefit greatly from spending some time on staff prior to being moved down to the platoon or company level. This is dependent on three things.

First, there is no immediate operational need for an officer at the platoon level. While delaying the second lieutenant’s move to a platoon is desirable, sometimes the situation will dictate that a new junior officer needs to be assigned to a platoon immediately. This is rare, but it does occur. If a platoon is operating without an officer as the platoon leader, most cases show that the senior platoon sergeant is capable of running the platoon until the junior officer, now more developed, can assume responsibility.

Second, the young officer must become an active member of the staff. Senior military needs to ensure that the new officers are actually utilized and mentored. This might cause some extra work for some of the other staff members, but in the long term, it will strengthen the organization as a whole.

Third, and most importantly, the decision on when to place the junior officer in a platoon leader position should be an in-depth, leader decision. All junior officers coming out of school are not created equal. Some are going to excel right out of the box, while others might need more than six months at staff. The battalion commander, with the help of his company commanders and staff, must take a more hands-on approach, evaluate each officer in a case-by-case situation, and be prepared to exhibit a sense of tactical patience when assigning junior officers to leadership positions. This will not only set the individual officer up for success, it will place stronger, better-prepared leaders in positions where they can have influence. Ultimately, this will strengthen the unit and the officer corps as a whole and move the Army forward.