When poor leaders make it into the general and flag officer ranks, it can really be destructive to the military... 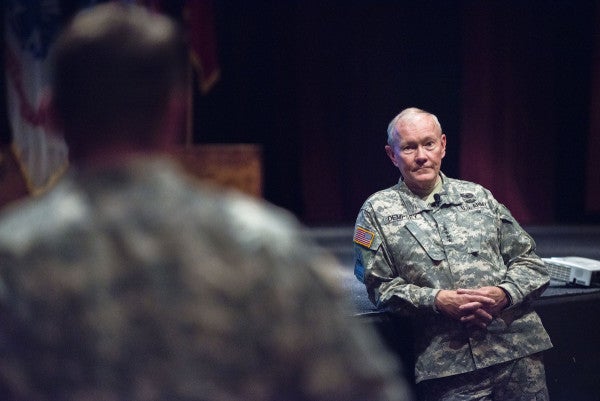 When poor leaders make it into the general and flag officer ranks, it can really be destructive to the military profession and unit effectiveness. It’s no different in the civilian world where people are even less likely to point out that the emperor has no clothes for fear of losing their job. Below are 17 sayings from senior leaders demonstrating poor leadership that I overheard as an aide-de-camp for three well-known successful generals. People who habitually say these things or act in this manner can send organizations hurtling in the wrong direction unless there was a very strong team of soldiers, noncommissioned officers, and junior officers to keep the unit on track despite their failing commander.

Some people have turned blaming “the last guy” for their organization’s failures into a modus operandi for their entire career. The last guy may have been horrible. The last boss might even tell the new leader just how horrible. But real leaders never, ever, waste their time badmouthing the last guy. This is probably the number one sign of a poor leader who is trying to distract people from their inability to solve problems. It’s such a common defect that naïve people consider it a great excuse to use to get out of solving a tough issue. If you are in charge, then own the problems no matter who created them. It’s likely the problems existed before “the last guy” too. Your primary task as a leader is to own the problems, develop solutions, and then carry out your team’s plan.

Some bosses make people feel like they are wasting their breath when they give an opinion (one the boss asked for). They feel they have learned all there is to know and seen everything in life. These are extremely dangerous people because they somehow suspend reality, thinking that nothing new is going to ever happen. To avoid this habit, you should close your mouth and listen actively to your teammates. Avoid asking for ideas from your team if you aren’t willing to listen to them.

There is always the chest-beating, loud-mouth tough guy in war movies, but in reality, it’s a boss few want to follow. These types of leaders are usually making up for their lack of competence by overtalking their abilities. Great leaders are often quiet professionals like the special operations operator character at the end of “Black Hawk Down” running out of the city with the Rangers or the two other operators who volunteered to stay with the wounded pilots. In the movie, they are based on several quiet and humble guys who people did and do follow because they recognize real warrior-leaders. One of my most humbling days in the Army was having the son of one of those fallen operators serve in my unit. Let your actions speak for you instead of your resume and ego. Your people can see right through you if you can only talk a good game, and they don’t want to be like you.

Some people lose their mind when they receive criticism. They take everything personally. These are tough superiors to serve because it keeps everyone on pins and needles and silences great ideas. Good ideas and decisions are not just for leaders. If your people are trying to tell you that a decision was not wise or is hurting the organization, you might want to re-examine it. You may be right, but getting a second opinion is not a sign of weakness.

5. “Why are you working on that? I need you to finish this now!”

For these people, everything is a rush job and every day the to-do list changes. When leaders change priorities every day with no rhyme or reason, teams get confused and question the boss’s ability to think strategically or follow a plan. If your priorities change because your boss has directed it, then let your people know that the mission has changed. Then lead that change beside your people instead of trying to yell from behind.

Every leader falls victim to this at some point even when they know better. You can realize that you are getting too involved in the details by reading your people’s body language and watching a decrease in their initiative. Give your people a clear task and let them do it. It might not be exactly how you would do it, but they can’t grow if you don’t let them try, fail, and improve. If it’s a critical task, then tell people that up front. If you are the only expert at the task, lead the team, and learn how to do it correctly together.

7. “I’m leaving now; don’t burn this place down before I get back.”

The person who assigns lots of work and expects other people to work 12-hour days while they regularly work eight is easy to spot. They usually complain when employees ask for time off. You can expect people on your team to take turns having a long day now and then. If you stay overtime with each of them every day, you will burn out. So don’t assign everyone a 12-hour day every day if you aren’t sticking around. As a way to avoid appearing “checked out,” pick some critical tasks every week that you will stay late or come in early to take part in. Your people will see you are just as willing as they are to work hard when needed.

8. “I am holding this place together, despite the hand I was dealt.”

The boss who always touts his own great record even though he had to do all the work is a real jerk. Always give credit to your team and let others take care of your applause, if it’s warranted. Never seek credit for something your team did just because you were leading that team. Your bosses will know if you are a good leader based on numerous factors. Telling them how great you are isn’t one of them.

If people don’t like to talk to the boss, it might be because they make people feel like crap every time they approach. Leaders get interrupted a lot because important things keep occurring. Accept it and stop what you are doing, turn away from your computer, and really listen to your people. You will teach them what good leadership looks like. This is similar to the leader who won’t talk to people they consider beneath them from other teams. Don’t send someone’s goodwill ambassador to talk to your junior woodchuck until you know what they want. It might be a decision only you can make.

Some bosses email angry, burn bridges on roads they must drive daily, or get rid of people too quickly. Sometimes the guy you think is the worst person will turn out to be exactly the person you need in your most dire hour as a leader. There are some that need to be fired, but take your time and try to help them improve unless there is an ethical issue.

There is always the person who the boss thinks is a great leader, but they are hated by their teammates. Don’t be that guy. Support your boss’s mission by setting the conditions for your team that allow them to excel. Never beat your people down to build yourself up.

Don’t wave your job perks in front of your team because you think you’re special. A better approach is to take turns bringing one of your people with you when you are about to enjoy something fun or exciting that comes along with the position you are holding. Use your benefits to inspire others to rise and not to show them that rank has its privileges.

13. “Are you questioning my authority/intelligence?”

Some people suck at taking questions. If your most common reflex is to attack the questioner, then you might not be making very good decisions. Ask someone you admire for advice if this keeps happening to you. Don’t get paranoid and start thinking everyone is trying to box you into a decision you don’t want to make.

This is another classic leadership failure that poor performers use. You don’t inspire your organization by telling them senior leadership sucks, but you can save the day. Even if your boss is an idiot, just don’t do it. You might think it, but don’t say it because it will ruin the larger team.

The best leaders always ensure that they aren’t interrupting the team’s work when they stop by. The worst leaders expect a “dog and pony show” every time they pop their head in to “see how the boys are doing.” Just be a quiet observer and you can measure progress. If your people have to stop, clean up, dress up, or otherwise deviate from their important work, you are the problem. Have a light footprint.

Some leaders actually ask their close staff to ensure they get badges or awards for valor or combat for “not-so daring” feats on the battlefield. If you read the excerpts of some World War II paratrooper and armor generals’ citations for valor, you will see that they were literally up front engaged in direct fire with the enemy. Today’s senior leaders don’t often find themselves in that position. Your job as a leader is to ensure your teammates are rewarded for their hard work. Don’t worry about your personal awards because rewarding the true warriors on the front lines is your highest honor.

There is always the “miracle worker” who thinks they can create more time. If you wait around for a flawless plan before starting to solve a problem, you will never start. Know when you have an 85% solution that you can start immediately and refine along the way. You can never recover lost time.

Some leaders are just unprepared to lead because they haven’t been properly trained. Nobody is born understanding the intricacies of leadership. Others are confident they can lead well because they know they are great. This is the most dangerous type of “leader” as they live in a bubble that keeps them from taking a close look at themselves or their teams. Yet others just can’t pull off leadership at the high level because they have reached their full potential or have so many character flaws that no amount of training can save them.

Luckily few leaders will end up saying all of these things, though surely some have tried. But, every one of us can be guilty of some of these because leading people is difficult and circumstances are ever-changing. Do your best and constantly look at yourself through the eyes of your peers, bosses, and teammates. If you keep an eye on yourself and ask someone you trust to honestly tell you when you are slipping, you can improve as a leader. If you cannot improve as a leader, then at every level you move up, you will damage another organization.